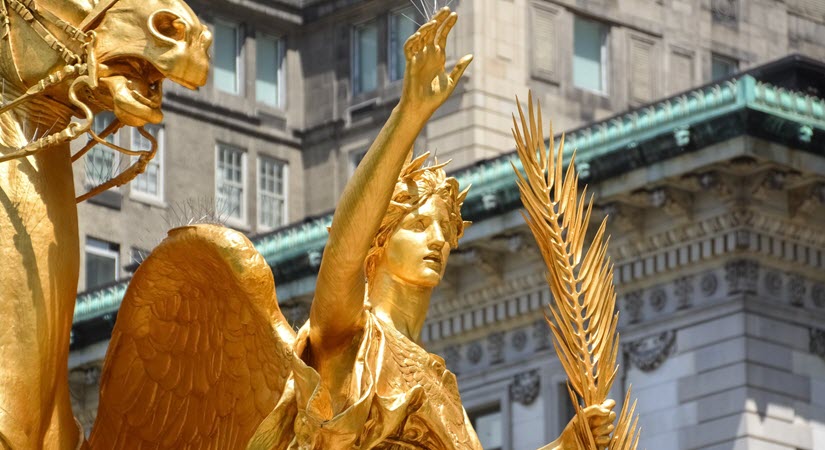 This week, Your News to Know rounds up the latest top stories involving gold and the overall economy. Stories include: Fed mismanagement creates huge opportunities for gold investors; gold did what it’s supposed to this year, and a Japanese perspective on gold as a safe haven.

Gold investors shouldn’t look forward to a reversal in the Federal Reserve’s tightening policies because a flip-flopping Fed would create the kinds of economic instability that not even the biggest gold investors would appreciate.

Two really big and important questions have been making the rounds recently:

Kitco spoke to Rich Checkan, President and Co-Founder of Assets Strategies International, about the questions that seem to be on everyone’s minds. (As it happens, Kitco recently published an article called, >Will gold survive another 75 basis point hike? That’s right – surviving two world wars, the collapse of hundreds of currencies along with dozens if not hundreds of Fed interest rate hikes in the last 100 years has apparently left gold so weakened that Jerome Powell’s Fed can finally end gold’s historic role as a safe haven store of value? Who writes these headlines?)

The better question is probably, Can the U.S. economy survive another 75 basis point hike? Gold, I’m pretty sure, will endure just as it always has despite the games central banks play.

Today, gold is pressured by the very same forces plunging the economy into recession. Unlike the economy, gold’s path is straightforward.

When the Fed reverses its tight-money policy and eases again, gold will likely shoot up. Can we say the same of the already-fading dollar and the economy of an entire nation that relies entirely on monetary stimulus to prevent its collapse?

I know where I’m placing my bets.

Checkan thinks the Fed will have to submit to economic pressures within 12 months. He doesn’t believe Powell is a modern-day Volcker who’ll slay the inflationary dragon no matter what.

“I don’t think that [Powell] is willing to risk a horrible recession,” said Checkan, like Volcker did twice when ending the stagflationary bout of the 1970s, taking inflation from 14% down to 2%. “The bottom line is inflation is so much further away, at this point, from interest rates than what Volcker started dealing with. I think [Powell] waited too long.”

A price of $2,400 is a reasonable target for gold, Checkan proposes, when the Fed reverses course and whiplashes the U.S. economy. Again. With inflation “permanently elevated”, $2,400 gold is a starting target for Checkan, who expects much more from the ensuing bull run:

I think, realistically, we’re looking at about $3,500 as the peak for gold before we pull back and then start the cycle again.

Price aside, gold is doing exactly what it should

When Russia invaded Ukraine, gold surged past $2,000 and many believed its price would just keep going up, up and up. That didn’t happen. Gold’s price has since fallen to around the $1,730 per ounce. Is that a bad thing? Should investors feel like gold let them down?

Not really. While we don’t necessarily subscribe to the view that gold is just insurance, or a only a hedge against inflation, the truth is that many buy gold for precisely for these reasons. Gold is, after all, the traditional safe-haven asset to buy when everything else looks unreliable, risky or overvalued.

So what has been going on with the broader market, and how does gold fit into it? Stocks and bonds posted their worst first half to the year in a while. Stocks lost more than 20%, with the supposedly “innovative” tech stocks losing significantly more. Bonds have essentially betrayed investors, plummeting during a time of both tumult and interest rate hikes. Both of these should, in theory, be supportive of the bond market.

The first half of the year was a reminder of a few things that no gold investor is unfamiliar with. It’s one of the few assets relatively uncorrelated with other asset classes. There can be broad market selloffs where gold does get affected, but it invariably gets sold off last.

Despite the feelings of disappointment among gold bullion owners, they should take comfort in the fact that gold is one of the best-performing asset classes year-to-date.

When everything’s falling, you win by falling more slowly. Diversifying with gold has, so far this year, offered investors a golden parachute that’s slowed what might’ve been a precipitous decline in their investment account balances.

It’s also exceedingly important to remember that cash, more specifically the U.S. dollar, was the other big thing that global investors fled to as a safe haven. Interest rate hikes are already priced in. What gold is really being pushed down by is the dollar’s relative strength against a basket of other currencies. Once again, remember – when everything is falling, you win by falling more slowly.

So far this year, the U.S. dollar is falling more slowly than other major currencies. But with 9.1% inflation as of June and consensus expectations of a Federal Reserve reversal, can we seriously expect this to persist?

Why would anyone buy Treasury bonds that yield negative 6% after inflation? Any time you’re feeling skeptical of gold, consider whether you’d prefer to guarantee lost purchasing power for two, ten or even thirty years with a long-term Treasury bond.

Surprise! Japanese investors have a strong case for owning gold

We’ll sometimes mention how a strong dollar tends to overshadow gold’s performance in other nations. Domestic investors focus on gold’s greenback-induced headwinds and, in turn, completely neglect how the asset is doing on a global stage.

When the U.S. dollar isn’t being touted as the number one safe-haven currency, the Japanese yen is. So we found it interesting to take a look at the Japanese economy right now and gold’s role in it.

Right now, Japan’s economy is suffering from two primary woes: a lack of economic growth and a weakening yen.

Real economic growth in the nation has dipped into the negative in Q1, with stocks paying the price as expected. Just like in the U.S.

The weakening yen is really a result of loose central bank monetary policy. Unlike the Federal Reserve, which has been trying to tighten and raise interest rates, Japan’s central bank has maintained its easy-money policies.

Japan’s monetary policy has been questionable for a long time. In fact, Japan has long been a poster child of negative returns on government bonds. Just to be clear, this means investors pay for the privilege of handing their money to the government. They buy a ¥100 bond knowing full well they’ll receive less than ¥100 when the bond matures. This seems to defeat the entire purpose of investing…

But for the Japanese central bank, 0% or less interest rates aren’t enough – they’re also continually engaging in quantitative easing, or buying the nation’s debt, to keep that interest low.

And it doesn’t look like it’s about to change anytime soon. As you might expect, the yen weakened nearly 18% compared to the U.S. dollar so far this year.

Doesn’t that mean that Japanese investors could have just sought refuge in the U.S. dollar? Well, theoretically, yes. If you’re choosing between gold and greenbacks, though, remember only one of them isn’t centrally issued with a value wholly dependent on what its issuers had for breakfast that day. Only one has provided dependability going back centuries.

If pressed to choose between the two, Japanese investors only need to look at the state of U.S. monetary policy to make the choice an easy one.