Home » Blog » U.S.-China Trade War Talks to Continue – What It Means for Markets and Consumers

U.S.-China Trade War Talks to Continue – What It Means for Markets and Consumers 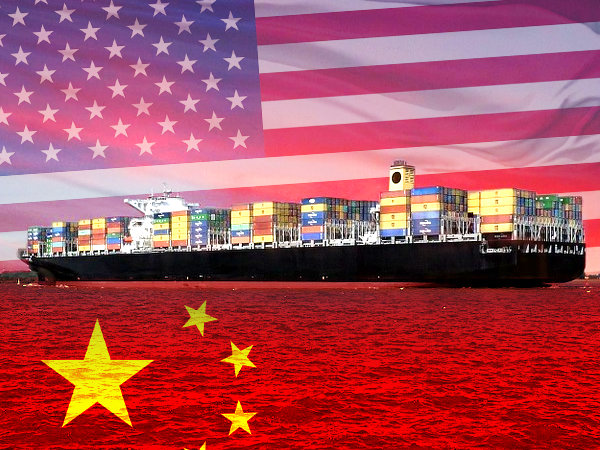 According to CNN, next week the U.S. and China will begin the first of at least two scheduled trade war talks in an effort to move closer to ending their trade disputes.

The White House was quoted in the article, saying:

The Chinese have not yet confirmed this round of upcoming negotiations. Both POTUS and China have, however, expressed optimism.

But who knows if that optimism will be misplaced. Just one month ago, POTUS said:

We’re not talking about removing [tariffs], we’re talking about leaving them for a substantial period of time because we have to make sure that if we do the deal with China that China lives by the deal…

This March statement immediately resulted in a 200-point Dow drop as confused investors scrambled to make sense of POTUS’ enthusiasm for how the trade war talks were going.

The CNN article on Wednesday highlighted the uncertainty at hand (emphasis ours):

At issue is whether the two sides can reach an agreement that could lift billions of dollars of tariffs on Chinese goods in exchange for the United States having the power to take unilateral action to penalize Beijing if it fails to stick to the deal.

Trump and other top administration officials have previously sent strong signals that they plan to keep tariffs on $250 billion of Chinese goods in place for a ‘substantial period of time.’

With “strong signals” like that, there’s no telling which way these talks could go. But even the optimistic outcome may not be all that great because there are still a number of political and economic decisions to be made. So the trade war would continue on those fronts.

This is a cutthroat “game of chess” played out on the global stage. One bad move by the U.S. or China, and a stock market catastrophe could result.

So who foots the “bill” for the trade war, various tariffs, and deficits caused by these activities? Answer: According to an official joint study by the Fed and University of Chicago, the consumer pays for it, and dearly.

Over at Forbes, an article highlighting the study draws out one startling conclusion about how much the consumer “pays” (emphasis ours):

According to a new paper by Aaron Flaaen, Ali Hortacsu, and Felix Tintelnot, 2018 tariffs on washing machines raised washer and dryer prices by about 12%. The annual cost to US consumers is about $1.5 billion, and the tariffs bring in about $82 million. As intended, the tariffs created about 1,800 new jobs—but even after accounting for the tariff revenue, each new job created costs American consumers ‘roughly $820,000 per job created.’

The same article mentioned these costs are annual, not one-time. One problem with protectionist policy is it doesn’t account for how manufacturers share the burden tariffs have placed on their business. Most simply pass the increased expense on to the consumer.

So in this specific example, the U.S. protects 1,800 jobs in what appears to be the most expensive way possible. And, with you footing the bill. 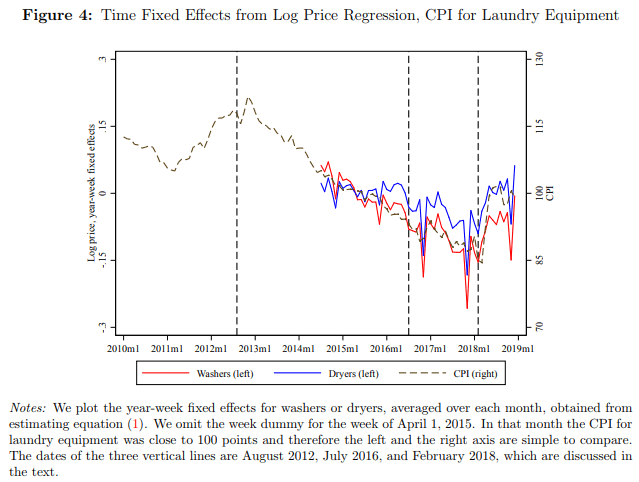 This cost increase comes on top of massive trade deficits that we drew attention to back in March. This “one-two punch” only adds to existing uncertainty in U.S. markets.

It seems like protectionist policies are already putting consumers in the poor house. If they backfire, the resulting effect on the markets could be catastrophic.

As international corporations end up in a situation where they have to take a hard look at their bottom line, they will likely protect their profits, not the consumer.

And no matter how these new trade war talks scheduled for next week turn out, there will still be unanswered questions that could cause worry and confusion for the markets.

If you’re unprepared, your portfolio could suffer the consequences. Don’t let the trade war put your retirement at risk. Consider diversifying into assets such as physical gold and silver. Having tangible assets that are known for preserving purchasing power and act as protection during times of uncertainty can reduce the risk of your savings suffering from trade war consequences.