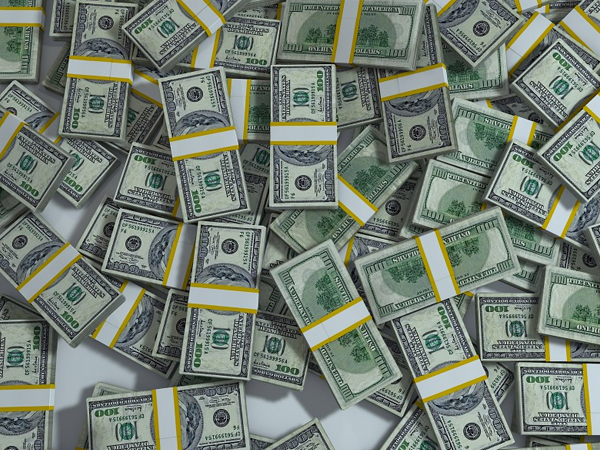 Like clockwork, this week POTUS and congressional leaders reached an agreement to have the debt ceiling suspended again. That means the U.S. Government has a renewed open checkbook it can use to cover expenses for two more years.

However, the federal government’s spending doesn’t operate like a checkbook does. Instead, government-spending is more of a “game” and debt is just another part of it.

A Forbes piece shared the result for this round of spending:

The debt ceiling would be suspended through July 21, 2021. To offset the spending increases, the budget will include $75 billion in cuts. In total, federal spending would be increased by $320 billion more than what the budget would have been if mandatory sequestration, or budget cuts, took place.

So with one stroke of the pen, POTUS magically “solved” the federal spending conundrum, as previous administration has done before.

This seemingly imaginary way of “writing away” spending has become routine according to the same Forbes piece (emphasis ours):

The original purpose of the debt ceiling was to put a borrowing limit in place for the Federal Government, rather than approve individual Congressional purchases.

This begs the question: If the debt ceiling is raised more than once a year over a 60-year period, is it really establishing a borrowing limit? If it is, it sure doesn’t look like it’s working very well.

But this recent development for the debt ceiling only scratches the surface. Suspending it for another two years also contributes to a much bigger problem.

The U.S. is likely at the point of no return in terms of overall debt, especially considering the official Congressional Budget has “locked in” what Forbes pointed to. Endless deficit spending does have its own set of consequences, after all.

But in addition to spending, there is another economic “monster” brewing from the corporate lending sector.

Companies leveraged big tax breaks from 2017 into corporate share buybacks that may have artificially inflated the market.

Now, risky lending practices in the form of leveraged loans, some packaged into collateralized loan obligations (CLO), may help an already uncertain economy reach its boiling point. Here are a couple of examples…

First, it may surprise you that, according to a recent WolfStreet piece, a staggering 57% of the $3.2 trillion in these super high-risk loans are held by banks. And a majority of that amount is held by U.S. banks:

A lot of the data collected is accurate, but some, including an “unallocated” $224 billion is “murky” according to the piece. Almost like something is being hidden.

Second, a Bloomberg article reported that a $693 million CLO just collapsed, revealing the key risk with this market (emphasis ours):

Clover’s loan isn’t especially large by Wall Street standards, yet its stark and swift decline set off fresh alarm bells — bells that regulators have been sounding for months. It immediately became a real life example of the perils of investing these days in the $1.3 trillion market for leveraged loans, where a global chase for yield has allowed an explosion in borrowing and lax underwriting.

Part of the risk for this type of debt is because this CLO “contained no provisions that required Clover to alert investors to signs of trouble after undergoing financial tests every quarter.”

Any over-leveraged company that benefits from one of these loans gets to use the capital, but if that company gets into trouble, it can go “hush hush.” Murky indeed.

The debt has to be paid eventually. Hopefully you won’t be left footing the bill.

The routine lifting of the debt ceiling means Federal spending could spin out of control. Add trillions in debt and a deficit eating up more and more of GDP, and you have a potential economic “black hole” the U.S. may never escape from.

Not to mention, a slow-down in stock buybacks due to any kind of credit crunch could send the market tumbling.

So if you don’t want your hard-earned retirement heavily affected by this debt fiasco, make sure you hedge your bets. Diversifying your portfolio with assets known to do well during uncertain economic conditions, such as physical gold and silver, is a strategic way to protect your wealth.

It looks like U.S. debt could get worse from here. Don’t let the endless spending eat up your retirement.