U.S. Debt Jumps $1 Trillion in 3 Months – Is the Economy Healthy? 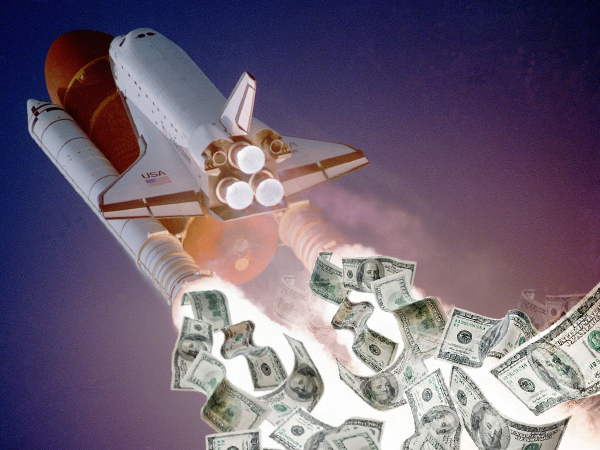 It first worried Federal Reserve Chair Jerome Powell in January, then billionaires started to panic in February. Turns out, both may be right.

We’re talking about the national debt, which sits at $22.986 trillion as of November 5, according to the U.S. Treasury. Since February 1, the debt has jumped over $1 trillion.

The alarming fact is, most of that debt increase came in just the last 3 months. Plus, according to Zero Hedge, “under the last two US presidents, total US debt has increased by 115%, to a record $23 trillion.”

You can see the big jump in debt since August 2019 on the chart below (which reflects the total through October 31):

This jump in debt within such a short period of time is unprecedented in the last 25 years (at least). The total amount of debt the U.S. holds is also a record.

Wolf Richter adds, “And these are the good times, and not a financial crisis when everything goes to heck.” Which begs the important question…

With this mountain of debt, is the economy truly healthy?

The outlook doesn’t look very good. Considering these are “good times,” what happens if there is a dramatic change?

Wolf Richter explains what will happen to the debt if there is a recession:

When government tax receipts plunge and government expenditures for unemployment and the like soar? The federal debt will jump by $2.5 trillion or more in a 12-month period. That’s what it will do.

Zero Hedge illustrates how the mounting debt is impacting the U.S. budget, stating, “In fiscal 2019, the government spent just shy of $600 billion on interest payments equivalent to nearly the entire US Medicare budget, and more than the amount spent on the combined costs of education, agriculture, transportation and housing.”

The Federal debt held by the public is also projected to double, shooting up “from 78 percent of gross domestic product (GDP) in 2019 to 144 percent by 2049” according to the CBO.

And about those GDP numbers, Brandon Smith from Alt-Market.com highlights potential deception:

Government spending of taxpayer dollars on a number of inflated programs, including continued spending on Obamacare, is added to GDP calculations. Without this fancy accounting, U.S. GDP growth would actually be negative, according to ShadowStats.

So if fancy accounting is all that is masking negative growth in the U.S. economy, times can’t be all that good.

ShadowStats reveals that “fancy accounting” may put the real unemployment rate closer to 20%, and not the official number of just under 5%.

If GDP is negative, and one-fifth of the able-bodied U.S. population isn’t working, those facts alone don’t paint the picture of a “great” economy.

Mises.org sheds light on a stark reality about the U.S. debt, “That lenders at some point may not be willing to loan our government these trillions of dollars a year.”

The Manhattan Institute doesn’t think we’ve recovered from the last recession, stating, “The Fed’s unprecedented quantitative easing since 2008 failed to lead to a robust recovery.”

Add it all up, plus toss in quite a few signals that point to a downturn, and suddenly the economic outlook is pretty grim.

Protect Your Retirement From the U.S. Debt’s “Point of No Return”

U.S. debt has most likely reached the point of no return. The federal government will have to pay more and more to service this debt, making it virtually impossible to pay down the principal, short of a miracle.

This puts tremendous pressure on the U.S. economy to keep up. But don’t count on Powell and the Fed to save it.

One way to protect your savings in times like these is to hold precious metals, which often move inversely to other investments. Consider adding gold and silver to your asset diversification plan.