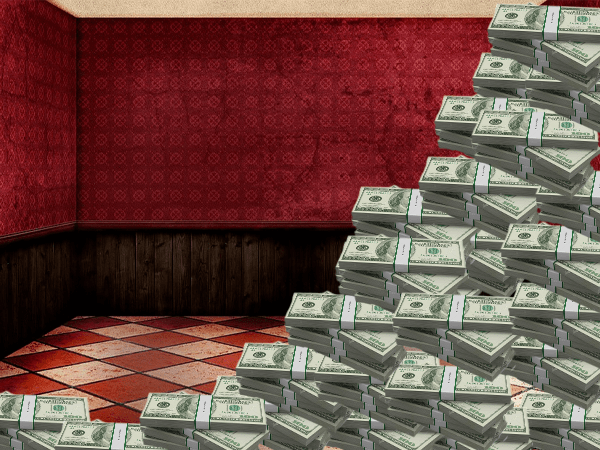 As we enter 2019, the U.S. national debt continues to grow, approaching $22 trillion with global Government debt sitting at $72 trillion.

It seems like the 21st century is hitting the U.S. with a debt “haymaker,” according to CNBC (emphasis ours):

U.S. debt began accelerating at the turn of the 21st century. The total jumped 85 percent to $10.6 trillion during former President George W. Bush’s two terms, another 88 percent to $19.9 trillion under President Barack Obama and has risen 10 percent during the first two years of President Donald Trump’s term.

And even though the U.S. economy may be growing, the sustained annual deficit exceeds $1 trillion. This is concerning economists, including Chairman Powell:

I’m very worried about it… It’s a long-run issue that we definitely need to face, and ultimately, will have no choice but to face.

If a recession hits (and signals are potentially pointing towards one), then having that amount of sustained deficit could be devastating.

And since the Fed is partially responsible for creating this debt problem, it seems odd for Powell to call it a “long-run” issue when it’s more of a “right-now” issue.

According to a recent CNBC article, normally when the deficit is expanding, the “Fed would be lowering rates”. But they aren’t. In fact, rates have been on a steady rise for the last few years.

At the global level, the picture isn’t much better. Debt has reached record levels, double what it was in 2007.

This is “leaving many countries poorly positioned for financial tightening as global interest rates begin to move higher,” says James McCormack, Fitch’s global head of sovereign ratings, in a statement.

Powell and other economists have every right to be concerned, because both debt and deficit spending may be spiraling out of control.

In March the U.S. Debt Crisis May Come Roaring Like a Lion

David Stockman, contrarian economic commentator and former budget director for Reagan, pulled out all the stops in an MSNBC video interview:

There is a freight train coming down the road that is going to hit in March, when the debt ceiling expires.

The “freight train” he is referring to is the U.S. deficit. He also claims the spending plan being implemented by Congress since February 2018 will “smother the U.S. economy.”

That same plan lifted the debt ceiling up till March of this year. Back in 2018, Stockman issued one of the sharpest warnings about U.S. deficit spending (emphasis ours):

When you start marching toward a $2.1 trillion deficit before even factoring in the next recession, and when you recall that today’s 60 million Social Security recipients will be 80 million by 2027 due to the massive baby boom retirement wave, you are just plain sunk fiscally.

So how far has the U.S. come since Stockman’s dire 2018 proclamation? As should be expected, not very far. In the first quarter of FY 2019, the U.S. deficit continues to climb and is already on pace to top $1 trillion this year.

According to the New York Times, even with “payment shifts” that started in 2018, this years’ federal spending still outpaced revenue by 17%:

Federal spending outpaced revenue by $317 billion over the first three months of the fiscal year, which began in October, the budget office reported. That was 41 percent higher than the same period a year ago, or 17 percent after factoring in payment shifts that made the fiscal 2018 first-quarter deficit appear smaller than it actually was.

And just to balance FY 2019’s budget, massive spending cuts would be necessary, according to a report at American Spectator:

To balance the federal budget in FY 2019, it would be necessary to cut all spending by 22%. Yes, this means Social Security, Medicare, defense, food stamps and college loans. A cut of 22% would be devastating to our economy, which means we must begin now to reduce federal spending and debt as a national priority.

Of course, balancing this year’s budget doesn’t offset the seemingly insurmountable piles of debt from previous years. Not even close.

So when March comes and the debt ceiling needs lifting once again, the “debt lion” may come in roaring louder than it ever has.

U.S. debt may have reached the point of no return. The federal government will still have to pay more interest on its debt too, meaning they’ll have to borrow more just to pay that interest back.

This creates a downward spiral that puts incredible pressure on interest rates to keep rising. And even if Powell and the Fed don’t want to raise them, they might have to.

This also means any unforeseen crisis would be catastrophic. The market is already at risk of losing billions more in value, and 2019 is off to a rocky start.

One way to protect your savings in times like these is to hold an asset that has often acts counter to other investment options. The diversification that precious metals such as physical gold and silver can provide to your savings is one reassurance that your wealth will be less exposed in times of economic uncertainty.