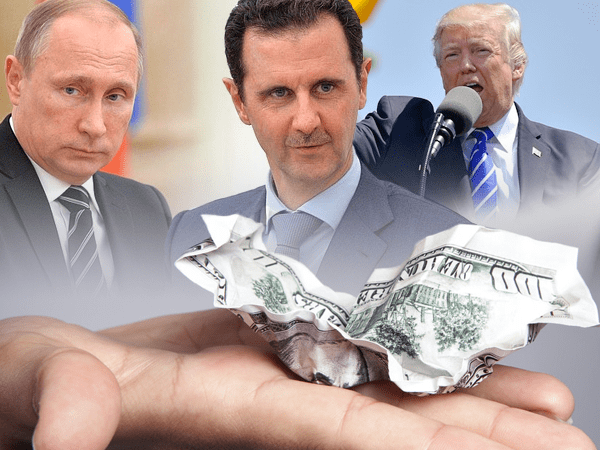 When the possibility of war is at the center of the geopolitical conversation, the ripple effects on the economy build until tensions relax (or we go to war).

Today, due to renewed tensions in Syria, one of those ripple effects is putting pressure on the U.S. Dollar. Let’s start by putting the weakening dollar in perspective.

The Dollar is trading at some of the lowest levels in years, and even retail’s recent bump in sales hasn’t helped lift it. A Reuters report confirms:

Government data that showed a rebound in U.S. store sales in March failed to lift the dollar, which has been pressured by concerns over a trade war between the United States and China, the world’s two biggest economies.

And inflation appears to be much higher than the Federal Reserve’s target of 2%, clocking in at 2.4% to 3.14%, depending on which source you trust (CPI or UIG).

This higher inflation rate is obviously having an impact on the dollar, which has dropped 13% over the last 14 months. 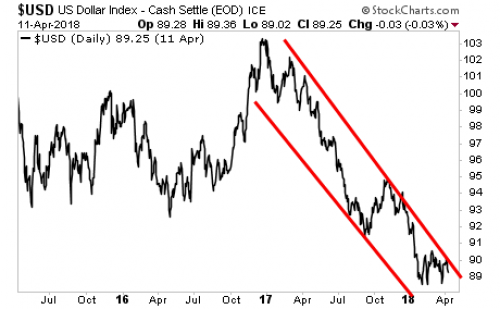 This drop was already a concern to us, as well as many experts. And now, we have this…

Geopolitical Tensions in Syria Have the Dollar “Dancing Nervously”

Following the U.S.-led airstrike on Syria last week, America’s geopolitical tensions with Russia and Syria have been ratcheted up.

Now, according to a report at CNN, bipartisan legislation attempting to limit the Administration’s ability to authorize further action will likely fail to pass, meaning that Washington could continue to have a “blank check” to carry out military actions as they please. Should the Administration keep doing so, this will likely create even more uncertainty with the U.S. Dollar.

And in addition to this uncertainty, there are new reports that question whether the chemical attacks that provoked the airstrikes were staged or not.

All of this, and the dollar “dances nervously” while this geopolitical situation plays out.

It’s under this climate that MarketPulse’s Dean Popplewell recently reported, “With the US pushing its twin deficits up while also increasing interest rates, dollar bears continue to look for selling opportunities.”

And as you can see from the chart below, ever since the Administration decided back in February to keep troops in Syria without authorization, the Dollar has been stuck in a holding pattern: 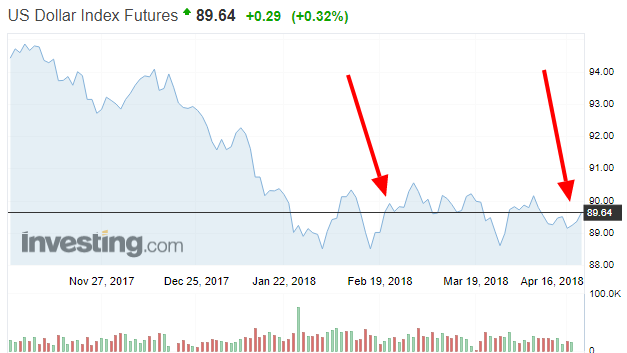 The dollar is dancing nervously, indeed. If the current situation escalates with a war or more accusations of “staging” attacks, anything could happen to the greenback.

But, for prepared Americans, there is a “golden lining” to this geopolitical situation…

When the tension between U.S. and Syria was further increased on April 11, the Dollar dropped and gold increased.

So as the Dollar does continues to weaken, as it has from 2017 to now, the opportunity to diversify some of your portfolio into gold may continue to improve.