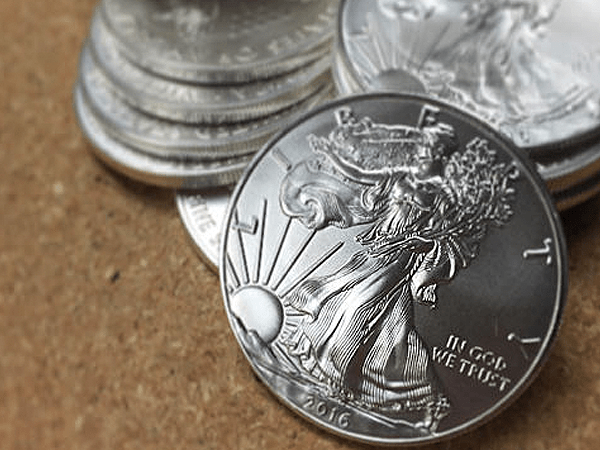 This week, Your News to Know brings you the latest stories involving precious metals and the overall economy. Stories include: Surge in demand leaves U.S. Mint without Silver Eagle coins, a win-win situation for gold is forming, and bulls could grab the reins in the gold market this month.

In a press release published on Thursday, the U.S. Mint revealed that it ran out of 2018 American Eagle Silver Bullion Coins amid a major surge in demand, and that more are being minted in response. According to Kitco, the emptying of reserves corresponds with the strongest silver coin sales the U.S. mint has seen since the start of 2017.

Peter Hug, Kitco’s director of Global Trading, urged bullion investors not to give up on silver as the shortage is only temporary. Hug added that wholesale premiums, which rose by as much as 25% following the supply glut, should normalize within two weeks as the coins become available again.

ScotiaMocatta: A win-win situation for gold is forming

As per their latest report, ScotiaMocatta’s analysts think that investors could soon rediscover their fondness for gold as the situation in emerging markets tightens.

According to an article on Kitco, despite there being no shortage of risks in recent months, gold has found itself competing with a renewed dollar for haven status. However, the Federal Reserve might be forced to temper its monetary tightening if emerging economies plummet, with other major central banks following suit.

The analysts said that the strength of the U.S. economy has brought to light the struggles of different emerging economies, with the recent crisis in Turkey being a particularly prominent example.

Other sources of gains for gold prices include worsening trade relations between the U.S. and China and Canada, in addition to a crumbling Iranian economy amid back-to-back sanctions over nuclear deals. ScotiaMocatta’s monthly Metal Matters report also listed Argentina, South Africa, Russia, Brazil and Italy as countries whose economic difficulties could give gold its next leg up.

The bank sees a win-win scenario forming for gold, as mounting risks will combine with lower prices to reignite demand. And ScotiaMocatta added that any weakness in the dollar would likely translate to an aggressive price rebound, with funds scrambling to cover their short positions.

Bulls could grab the reins in the gold market this month

MarketWatch columnist Mark Hulbert believes that, if history is any indicator, gold investors could find the month of September especially encouraging. While September is generally seen as the worst month for stocks, gold tends to perform exceptionally well during the stretch, averaging more than three times its regular monthly gain.

Going back to the early 1970s, gold produced an average return of 0.6% for every month other than September. In contrast, gold historically averages a return of 2.1% every September.

To explain the metal’s unusually-high gains during the month, Hulbert points to a study done by Dirk Baur, a professor of accounting and finance at the University of Western Australia. Baur listed three likely causes for higher gold prices in September, the first being stock investors who are looking to hedge their bets ahead of heavy trading between November and May in what is dubbed the “Halloween effect”.

Heightened demand from India is Baur’s second reason, as the gold-favoring nation is known for its heavy jewelry purchases during the September wedding season. He also lists other September festivities around the globe that could contribute to higher bullion demand. And lastly, Baur suggests that the shorter daylight time could play a role in increasing investors’ desire for the metal.