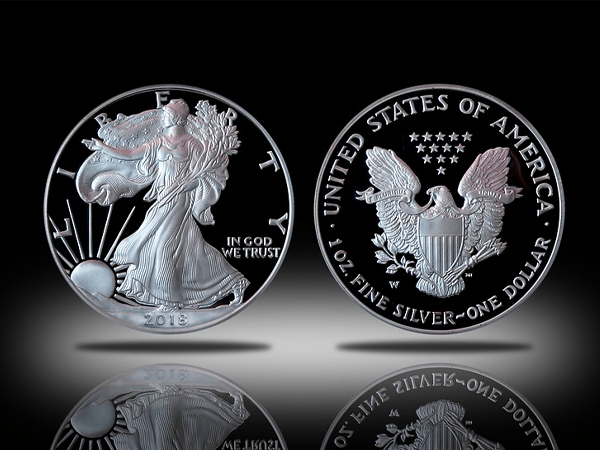 This week, Your News to Know rounds up the latest news involving precious metals and the overall economy. Stories include: U.S. Mint sells out of American Eagle Coins, there is good cause to be optimistic about gold, and gold will test 2016 highs next.

Last week, the U.S. Mint announced that it sold the last of its 2018-2019 batch of American Eagle Silver coins. According to Kitco, the U.S. Mint stated on Thursday that the series included 6 million units of one-ounce coins. In the announcement, the Mint blamed the shortage on market fluctuations and reassured investors that production of new coins is underway.

The surge in demand for silver coins appears to have started in late 2018, with the U.S. Mint having reported a similar shortage of American Eagle Silver coins back in September 2018. Analysts point to a broad rebound in the precious metals market as the primary driver behind increased silver coin purchases. Jim Wyckoff, Kitco’s senior technical analyst, said that positive price action in the silver market is likely to continue.

Andrew Hecht, creator of the Weekly Hecht report, likewise pointed out that silver investors have been slowly accumulating silver since the start of the year, with a 25% rise in open interest.

With increased physical demand and so many positive drivers, Hecht listed $17.35 as silver’s short-term goal. Past that, the analyst sees silver prices potentially reaching $21 an ounce before the year ends.

There is “Good Cause” to be Optimistic About Gold

In an interview with Kitco, George Milling-Stanley explained why investors are bracing for even higher gold prices after two months in the green.

The head of gold strategy at State Street Global Advisors Milling-Stanley said that gold prices are finally unshackled from two factors that kept them pressured in mid-2018: a strong dollar and a record-setting stock market. With the dollar pulling back and the equity market going through worrisome tumbles, gold is finally free to move up as investors grow increasingly averse to risk.

As Milling-Stanley noted, analysts are nearly unanimous in their forecasts for gold prices to go up. Most expect a rise to somewhere between $1,350 and $1,400 this year, while some see the metal going even higher.

Milling-Stanley also said that, for the first time since 2013, the heavy flow of institutional money is slowly returning to gold. This could serve as yet another tailwind in a myriad of positive factors that have already made gold a standout asset in 2019 with less than two months in.

Gold Will Test 2016 Highs Next

Gold’s rebound this year has been nothing short of spectacular, with the metal hitting the $1,340 mark even amid a historically strong U.S. dollar. According to David Brady, CEO of Global Pro Traders, this is just one stop on a run that will soon lead gold past its 2016 highs, reports Kitco.

In an analysis on Sprott Money, Brady explained why the stage is set for gold to continue running upwards. Out of the various drivers that have powered the metal’s performance this year, Brady focused primarily on the beneficial central bank policies, starting with the Fed’s own dovish turn.

As Brady noted, governments around the world are setting fiat currencies up for depreciation, which is a traditional recipe for gold to thrive. The story of the Federal Reserve will likely be the most prominent, as the central bank recently showcased a softer stance after years of hawkish rhetoric and accompanying rate hikes.

Brady, along with other analysts, expects not only an end to rate hikes in the U.S. but also a return to quantitative easing (QE). The resulting spike in inflation will boost gold in its own right, reports Kitco, as the metal is seen as the premier hedge when prices go up. Consequently, Brady expects the dollar index (DXY) to finally peak this year before potentially settling as low as 80, which should hasten gold’s move up.

Regarding his prediction for the metal, Brady sees a short-term pullback after gold hits $1,377 sometime this year. But after the recovery, the CEO thinks that the metal will continue on its upwards trajectory and reach new highs before the end of the year.