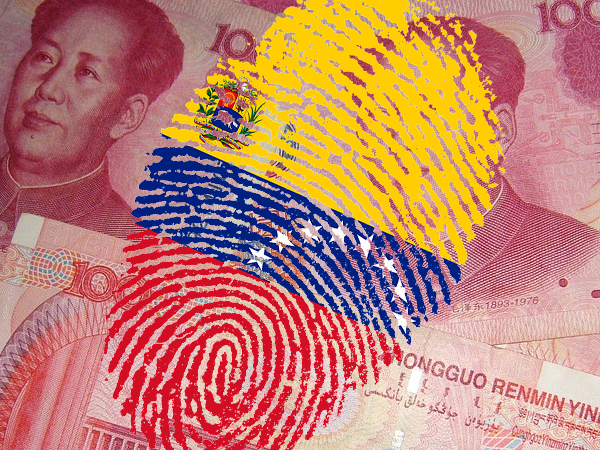 Yet another nation is taking steps to dethrone the dollar’s leading role in the global marketplace – and it could have serious ramifications for the wealth and spending power of average Americans.

Venezuela will no longer accept oil export payments in dollars. For now, payments will be settled in euros. But there’s a strong argument that China’s new gold-backed petroyuan could soon become a permanent replacement.

As the petrodollar slowly dies, the dollar itself will fall along with it.

Keep reading to learn what’s coming next, and what you should do to be ready…

Why Venezuela Just Dropped the Petrodollar

The reason for Venezuela’s decision is simple: U.S. sanctions.

The U.S. Treasury Department recently implemented new policy prohibiting any American citizen of corporation from buying Venezuelan debt. And given Venezuela’s dire financial circumstances, this is a major blow.

In response, the Venezuelan government is swiftly working to eliminate its reliance on the U.S. economy and dollar.

“To fight against the economic blockade there will be a basket of currencies to liberate us from the dollar,” Vice President Tareck El Aissami, who has been blacklisted by the U.S., said Friday.

As of right now, it’s unclear how this “basket of currencies” will be weighted, and which currencies Venezuela will favor in regard to oil exports.

The most logical conclusion, however, is that China’s new petroyuan will emerge as the winner. And that couldn’t be worse for the dollar….

We recently discussed how China, Russia, and Saudi Arabia seem to be forming a strong alliance to destroy the petrodollar and topple America’s economic hegemony in the global market.

The key weapon these three countries are using to accomplish that goal is the new gold-backed petroyuan.

Remember, dollar value has been supported for decades by its use in the international oil market — with the petrodollar settling oil export payments for the world’s largest petroleum producers.

But oil producers across Russia and the Middle East are already working alongside China to circumvent the petrodollar and begin using this new gold-backed petroyuan instead.

Now, Venezuela is presenting itself as an ideal candidate to begin doing the same. Here are the two biggest reasons why:

The Venezuelan government is swimming in debt. And exporting oil is the only hope they have to avoid default. With their U.S. oil trade relationship on the rocks, Venezuela will be forced to rely on other international oil importers like China, and compelled to use those importers’ trade currency of choice (likely the new petroyuan).

As Venezuela’s political and economic viability has declined, financial institutions around the world have shied away from supporting Venezuelan trade. But China and Russia are stepping in to fill that vacuum.

“Big international banks have been increasingly wary of doing business with his government, forcing PdVSA to rely on banks such as Russia’s Gazprombank and China CITIC Bank to process crucial oil payments.”

Keep in mind, Russia and China are already moving swiftly toward exclusive trade in the new petroyuan. If Venezuela depends on banks in these two countries to settle oil payments, they could be forced to begin dealing in this new petroyuan as well.

As China’s new gold-backed petroyuan continues to get into the conversation versus the petrodollar, Americans can expect to see a strong decline in the value and spending power of their cash savings.

But there is one way to keep your dollars protected.

The answer is to convert your dollars into alternative assets that won’t be harmed by this massive shift in the global economic power structure.

However, you must exercise extreme caution in the assets you choose to keep your wealth safe.

Today’s inflated stocks carry significant downside risk, and the traditional “safe” assets like bonds and Treasuries aren’t guaranteed to hedge against the fallout of an event such as the petrodollar’s demise.

Physical precious metals, on the other hand, are a tangible “real asset” that are historically proven to function as a wealth preservation tool in situations exactly like what we’re seeing today.

In fact, metals prices will likely experience a steady rise as the dollar falls — and as the yellow metal becomes a key player in global oil trade via China’s new gold-back petroyuan.

Informed investors are already responding to this information by securing a stake in physical precious metals. Many others will do the same as this situation evolves, which will likely drive prices higher.

Act with the “smart money” today while the timing is right… before the crowd follows suit and your chance for protection at today’s prices dwindles away.