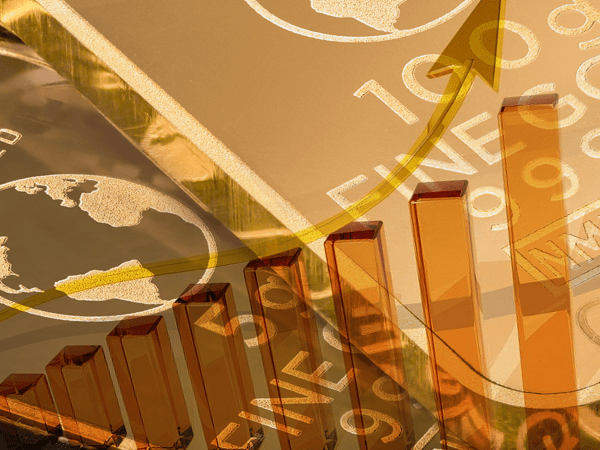 This week, Your News to Know brings you the top news stories involving gold and the overall economy. Stories include: Veteran trader points to gold’s comeback, breakthrough cancer treatments could raise industrial gold demand, and gold imports by India increased more than four-fold in April.

Veteran trader Todd ‘Bubba’ Horwitz isn’t paying much attention to the recent pressure gold has been facing, insisting that the metal remains as solid of an investment as ever.

“I’m not really concerned about gold right now,” said the founder of bubbatrading.com, calling the dip in prices a buying opportunity. “Gold has been down for the last few weeks, but look at where it is compared to where it came from. We were thinking it was going to go down below $1,100 and we recently just threatened $1,300. You are probably looking at another buying opportunity right now. We are going to have a weaker dollar. No matter what the Federal Reserve does, the dollar is going to come lower.”

The French election last Sunday calmed the markets and increased risk-on sentiment, causing investors to flock to big tech stocks. Despite this, Horwitz expects gold to continue working higher, pointing out that the metal is holding above major support at $1,200 while drawing a clear line between physical and paper gold.

“Gold is holding up well. The physical buying may be there through the back door. I know there is a lot of physical buying in China and India. But, I don’t think there is enough gold to handle that paper gold that is out there. So all these ETFs [exchange-traded funds] that people are buying, hoping that it is their share of gold — I think they will be disappointed someday.”

The trader – who is also bullish on silver – believes that the upcoming correction in the markets will make everyone wish they owned gold. “Markets are extremely overvalued and when those markets do correct, people will be looking for alternative investments, one of them being gold. Gold is probably something that everybody doesn’t own, but should.“

While gold enjoys a reasonable amount of industrial use, the yellow metal is usually overshadowed by silver for manufacturing purposes, as the latter is used in a much wider variety of industrial applications. A recent Forbes piece by Shannara Johnson and Olivier Garret, however, explains why this could change rapidly, mainly due to medical breakthroughs.

Recent innovations in cancer research involve treatments that use gold nanoparticles to transport a drug directly into a cancer cell, bypassing healthy cells and therefore being free of the negative effects of chemotherapy and radiation. These particles are also being used to deliver radiation to affected cells, and the two treatments have been combined to yield impressive results. Photothermal therapy is another promising new development in the field of cancer research, using the aforementioned gold nanoparticles to destroy cancer cells with heat.

Cancer Research UK CEO Sir Harpal Kumar stated, “This research adds further insight into [gold’s] potential. Ensuring that treatment is accurately targeted at cancer and avoids healthy cells is the goal for much of cancer research, and this is an exciting step towards that.”

All of these treatments have one noteworthy thing in common: unlike most other uses for the metal, any gold used for these cancer treatments is destroyed, diminishing the overall “above-ground” supply. Johnson and Garret estimate that, should these treatments go mainstream, the number of Americans diagnosed with cancer in 2016 alone would create additional demand for 19,505 ounces of gold.

While these two factors are already a strong argument to add gold to your portfolio, Johnson and Garret also list non-medical industrial uses such as specialty inks for the electronics industry that are used in storage devices, hard disks, microchips, thin film transistors and photo sensors as further proof that industrial demand will play a major role in the yellow metal’s future.

Gold imports by India increased more than four-fold in April

Recent insider data shows that gold imports by India rose more than four-fold in April, reaching 98.3 tons last month compared to 22.2 tons a year earlier. The demand is driven by jewelers who are restocking in anticipation of a recovery in sales during the wedding season that will last until mid-June.

Indian demand recovered after a strike by jewelers as well as an improvement in the cash flow after measures by the Indian government to curb unaccounted-for money; the World Gold Council estimates that annual purchases may be at the higher end of an estimated range of 650 tons to 750 tons in 2017.

“After demonetization, the entire country was at a standstill,” said Sreedhar G. V., managing director at Sree Rama Jewels. “Now since the money flow has started and gold prices have also come down, there has been good demand in the market.”

Sreedhar, who said that sales during the gold buying day of Akshaya Tritiya at the end of April were about 5% higher than last year, also added that more Indians are now paying for gold with cards instead of cash, which is a positive sign for the trade.