Home » Blog » Was This the Real Reason Behind French Military Action in Libya?

Was This the Real Reason Behind French Military Action in Libya?

As new light is shed on NATO’s motivations for getting involved in 2011’s civil war in Libya, France’s real political agenda comes into focus. 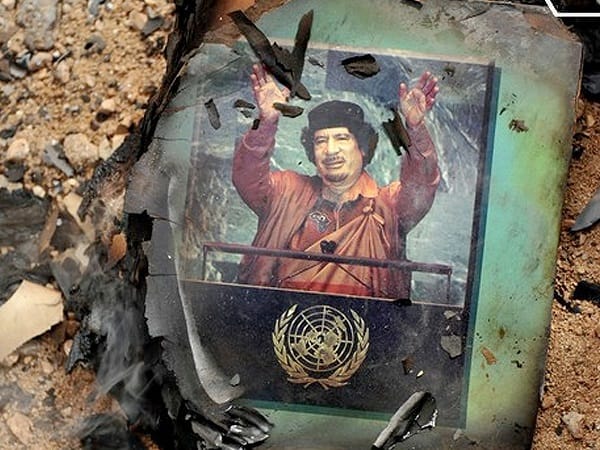 The Libyan Civil War in 2011, which included the attack on the American compound in Benghazi, has evoked much conspiratorial theory as to what the real motivation was for NATO’s involvement.

In fact, the movie 13 Hours could end up impacting the American presidential election, and primarily the campaign of former Secretary of State Hillary Clinton. As theories about what really happened in Benghazi play out on the silver screen, Clinton’s standing on a national level could suffer.

However, Secretary Clinton’s other scandal, the storing of classified emails on a personal server while she was in charge of the State Department, has provided much fuel to the conspiratorial fire. As her emails are released by the State Department per a court order, we’ve been able to get more of a clue as to what the real motivations were for NATO’s intervention in the Libyan conflict.

Though the French-proposed U.N. Security Council Resolution 1973 claimed the no-fly zone implemented over Libya was to protect civilians, an April 2011 email sent to Hillary with the subject line “France’s client and Qaddafi’s gold” tells of less noble ambitions.

Most astounding is the lengthy section delineating the huge threat that Gaddafi’s gold and silver reserves, estimated at “143 tons of gold, and a similar amount in silver,” posed to the French franc (CFA) circulating as a prime African currency. This gold was accumulated prior to the current rebellion and was intended to be used to establish a pan-African currency based on the Libyan golden Dinar. This plan was designed to provide the Francophone African Countries with an alternative to the French franc (CFA).

In other words, rather than wanting to protect civilians with a no-fly zone over Libya, the French wanted to bring down the Gadaffi regime in order to prevent an alternative currency to the French franc (CFA), which has been used in northern Africa since the Bretton-Woods agreements at the end of World War II.

Why would France view this threat to the franc so seriously that it warranted military intervention? The bottom line is that an African gold backed currency could undermine the French economy, as well as the Eurozone itself.

When a currency is backed by something of agreed upon value, such as gold, governments cannot manipulate the currency to their own nefarious ends. They must adhere to fiscal discipline, balanced budgets, et cetera.

They can’t just print money to buy votes, which is what Europeans and Americans have been doing for quite some time now. Devaluation is an age-old tactic to pay off debts that irresponsible governments rack up.

The other issue France was concerned about was maintaining their longstanding French colonial rule in Africa. If a gold-backed, pan-African Dinar was stood up in the region, then the locals would have no reason to use the French franc.

Obviously, this would reduce French influence in northern and western Africa where differing, but interchangeable, versions of the franc are currently used.

The possible creation of an alternative, African currency that would weaken French influence and put at risk the entire legitimacy of the fiat euro, seems to have been more than the French and NATO could take. If you think back, the European currency and debt crisis was raging during the Libyan conflict.

So it seems the age-old adage about what generates conflicts (such as the one in Libya) rings true — follow the money.

If Western governments are so worried about the value and stability of their fiat currencies that they start military action to head off an unwanted currency outcome, then your best defense is to protect your savings from them. When you are ready to start guarding your hard earned nest egg, give us a call.