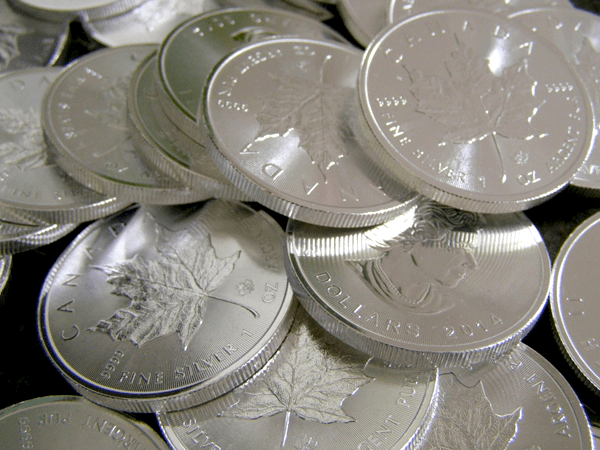 This week, Your News to Know rounds up the latest stories involving precious metals and the overall economy. Stories include: Silver prices are set for a breakout as the dollar falls, gold buyers return after two-quarter absence, and gold could surge near $1,280 an ounce in the short term.

With gold having recaptured much of its losses earlier this month, silver could be next in line for a breakout on the back of a weaker dollar reports Money Morning. As columnist Peter Krauth notes, silver moved as the stock market went through a tailspin and ultimately ended higher at $14.28 an ounce.

But the metal’s reaction to the weakening of the dollar was even more notable, as a fall in the DXY allowed it to close last Thursday at $14.56 an ounce. By Monday, silver was trading at $14.67.

More than just a temporary hitch, Krauth believes that the fall in the dollar index signals prolonged weakness in the greenback after a period of seeming invincibility. Gold and silver could both benefit as international pressure pushes the dollar downwards and investors seek safety in other currencies.

Silver’s gains will likely be more impressive, says Krauth, due to the disproportionate gold/silver ratio which suggests the latter is severely undervalued. Having returned to levels last seen in late August, Krauth expects silver to shoot up to $15.62 in the near-term and test multiple highs over the coming months.

According to CNBC, strong emerging-market demand and a renewed interest in gold as a safe haven combined to bring the metal’s price up by 3.5% over the past week. Analysts are now eyeing a reversal in the gold market, with some expecting the metal to return to its early-year highs by the end of 2019.

According to HSBC’s chief precious metals analyst Jim Steel, the chief driver of the price upswing was a reignition of safe-haven demand over tumbling stocks. The sell-off in equities came amid various geopolitical tensions, such as the U.S.-China trade conflict, as well as worries that the Fed will persist with its hawkish rhetoric even amid red flags.

TD Securities’ head of commodities strategy Bart Melek, however, thinks that shake-ups in the equity market will prove too significant for the Fed to ignore. Melek added that further plunges could very well alter the Fed’s course of action, taking away some of the dollar’s strength and boosting gold as a result.

Steel sees the record amount of short gold positions unsustainable and thinks that mass covering could occur as soon as prices begin to climb back up. His firm is bullish on gold, with a forecast of $1,274 an ounce as the average for the fourth quarter. He added that investors should watch out for a return of the kind of high volatility that brought gold to $1,360 an ounce earlier this year.

Melek’s year-on-year forecast has gold averaging $1,325 an ounce in the fourth quarter of 2019, noting that the metal will be helped along by a clearer Fed policy picture and lower Treasury yields.

TD Securities: Gold could surge near $1,280 an ounce in the short term

As per the latest report by TD Securities, gold’s recent gains may have marked the start of a prolonged upswing that could see the metal shooting up to $1,277 an ounce. According to Kitco, the key driver behind this price movement will be additional weakness in the already-shaky equity market.

Bart Melek, the firm’s head of commodities strategy, also appeared in a recent Kitco article to say that the amount of shorts in the futures market could expedite the process, along with the metal’s positioning right below a key resistance level.

Besides a sell-off in equities, Melek also pointed to losses in 10-year Treasuries as another source of support for gold, as a flatter yield curve will increase the metal’s appeal with investors. Market participants should look for signs that the Fed is preparing to change course due to the recent stock plunges, since a shift in rhetoric would herald a weaker dollar and potentially lead to a bullish stretch in the gold market.

Melek also touched upon deteriorating relations between the U.S. and Saudi Arabia. This is one part of a tense geopolitical picture which plays in gold’s favor, as the metal is an exceedingly popular investment in times of distress.