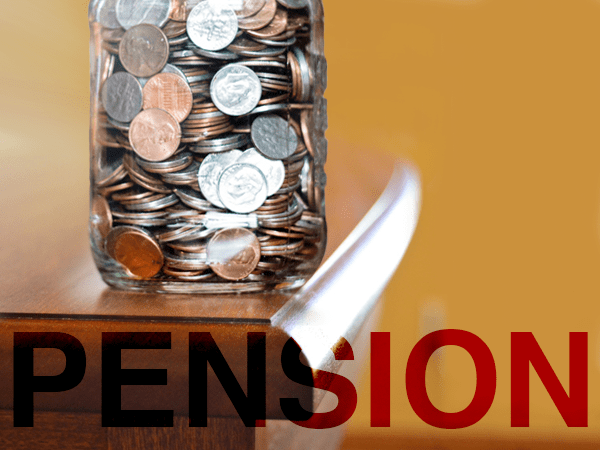 Photo by Bank of England | CC BY | Photoshopped from original

The pension crisis has been escalating for quite some time, and accounting for pension shortfalls seems next to impossible for state governments.

The shortfall between pension assets and liabilities is a major problem. But another problem may be spelling the beginning of the end for public pensions altogether.

The Beginning of the “End”

Typically, public pensions assume a 7-percent discount rate so they need to generate a return higher than that. But according to Bloomberg, they aren’t getting those returns often enough.

The Bloomberg article states that the average returns for pension-fund-like portfolios have only generated returns of 7 percent or greater for 50-year periods twice since 1871.

The article continues, saying the problem is worse because of two primary reasons:

For example: Over a 50 year period, if a fund were to have zero returns in the first 15 years, and goes broke, it wouldn’t matter what it did (or could do) after that. If that seems obvious, that’s because it is.

And this example applies even if a fund started in June 1949 and earned an average of 7.99%, according to Bloomberg. Even if the pension is fully funded, “there is no chance existing assets are enough to pay already-contracted liabilities.”

If that sounds dire, once the base of assets start to decline it’s game over, because shrinking assets can’t keep paying increasing liabilities. And according to Pew Research, they have been in decline since 2016.

So worrying about the next 50 years is “pointless”, says Bloomberg:

Worrying about the next five decades is pointless, because there’s also no chance the current system will survive long enough to discover what the next 50-year average returns will be.

Bloomberg puts the beginning of the “end” at 2023 on a national aggregate level, calling it an extrapolation, not a prediction. Pretty serious, but not surprising. And of course, the exact “end date” isn’t certain, nor how it will end.

Is there any hope for public pensions?

Well, even the best extrapolations have a small chance to fail, and a funding miracle could happen. But even if a miracle were to happen, the uncertainty would remain the same.

A full pension report by Pew Trusts, titled The State Pension Funding Gap: 2016, tells a rather dark tale. It starts by issuing a warning (emphasis ours):

There is no one-size-fits-all solution to the pension funding shortfall and the budgetary challenges facing individual states, but without new policies that commit states to fully funding retirement systems, the impact on other essential services—and the potential for unpaid pension promises—will increase. 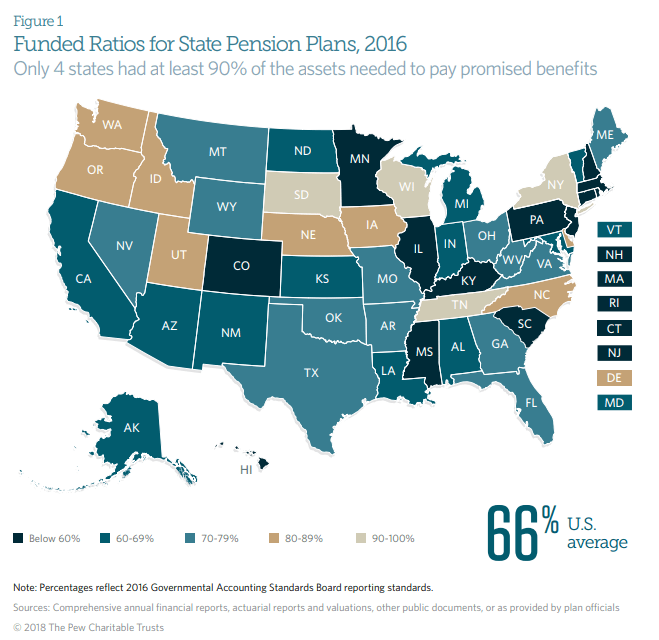 And negative cash flow for both state and local pension programs is still increasing (see chart below): 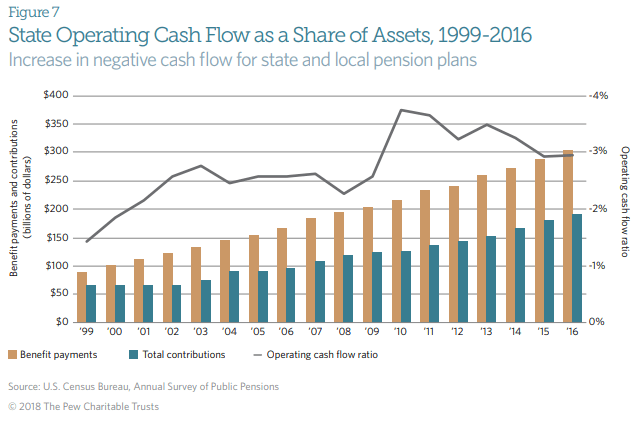 This means payments are increasing faster than contributions. If a business has expenses that increased faster than revenue, eventually it would go out of business.

So will state and local pensions start “going out of business” over the next few decades? No one knows for sure, but it does look like they are on borrowed time. And as we’ve reported before, corporate pensions aren’t far behind.

The Pew Trust report finished with the dire outlook that doesn’t leave a secure feeling about state funded pension programs (emphasis ours):

The funding gap for the state pension plans studied reached $1.4 trillion in 2016—an increase of $295 billion from 2015. State contribution policies proved insufficient to deal with the unfunded liabilities already on the books. Even if all assumptions had been met, the funding gap would have grown by $13 billion. Instead, investments fell short of assumptions for the second year in a row, leaving state pension debt at historic highs.

States may look to increase taxes to try and meet the funding gap, which could include property taxes. Not an ideal solution.

One Thing is Certain: Public Pensions Are Uncertain

Benefit cuts and funding gaps mean your own pension plan isn’t “guaranteed” to be stable any longer. It’s important for you to start making your portfolio as resilient as possible, so you can relax as much as possible in retirement.

You can start by looking at whether you should pay down your mortgage, cut spending, and diversify your assets. And even if you don’t have any retirement savings yet, the best time to start is now. As time goes on, you can consider adding some stability to your portfolio by shifting a percentage of your assets into precious metals like gold and silver.