Home » Blog » What Does China Hope to Gain from Joining this Exclusive Club? 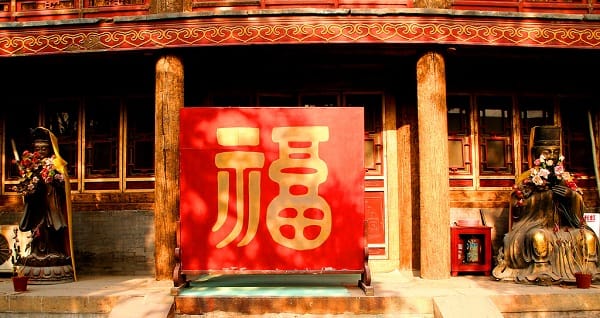 This week, Your News to Know brings you the latest stories about the state of the gold market and the overall economy. Stories include: A change to the IMF Special Drawing Rights could be a big deal for global markets, why gold doesn’t need good faith like currencies do, and a family in Florida finds gold treasure worth $1 million.

The newest Chinese power play could be the break that gold has been looking for, according to Lawrence Williams on SeekingAlpha. China’s ambition to have the yuan added to the International Monetary Fund’s (IMF) Special Drawing Rights (SDR) basket of currencies isn’t exactly new information; that has been commonly accepted for some time now. But what do they hope to gain from it, and how may it impact gold?

The SDR currently consists of four currencies: the dollar, euro, pound sterling and yen. The U.S. dollar is by far the most influential of these ‘global reserve currencies’, and has been reaping the benefits of this status for a long time. China’s inclusion, however, could shake things up considerably. The IMF estimates that China already surpassed the U.S. in terms of its economy; adding the yuan to the mix would almost certainly devalue the dollar globally.

Consequently, the biggest threat to the yuan’s inclusion in the SDR is the privileged status that the U.S. enjoys in the basket. With the yuan’s addition being close to a foregone conclusion, the U.S. might try to veto China from entering in hopes of preserving the dollar’s importance. It’s not yet clear whether the U.S. has enough pull in the IMF to block out the yuan, but even a mere attempt to do so would be perceived as a hostile action by China.

While this is all problematic for the U.S. dollar, it could end up being positive news for gold, and likely other precious metals as well. Many believe that China and its Asian Infrastructure Investment Bank are looking to build up the world’s biggest gold reserve behind the scenes, all the while claiming to have much lesser reserves when reporting to the IMF.

Should the SDR get its fifth member this October, Williams believes it would be greatly beneficial for gold. China subverting U.S. global dominance, Williams argues, “would certainly reduce the power, and the value, of the dollar and with China having a far more positive perception of the value of gold as an economic asset than the U.S., this could well be a truly major game-changer for the yellow metal if it does happen as largely anticipated.”

Unlike currencies, gold doesn’t depend on good faith

Gold’s intrinsic value will always be higher than that of currencies, regardless of their temporary standing. While a currency is just a piece of paper that requires ‘good faith’ to have any value, gold is a scarce mineral with a myriad of uses, both functional and stylistic. In a recent article, Peter Schiff debunks those who claim the opposite, and offers a reminder on how the currency system works.

Paper currencies haven’t been around for that long – they only became widespread in the latter half of the 20th century. Before that, most of the world used gold as the money of choice for obvious reasons. In fact, the U.S. government used gold to back its currency until as late as 1971. When the gold standard was abandoned, the dollar officially became a fiat currency, with the only thing backing it being faith.

A U.S. dollar based on faith has worked well enough thus far – for the most part. Schiff mocks a 1999 article titled “Who Needs Gold When We Have Alan Greenspan?” – the same Alan Greenspan whose loose monetary policy created the infamous stock and real estate bubbles that ultimately lead to the Great Recession of 2007.

The scary thing is that Greenspan’s successors to date have employed even looser monetary policies, leading Greenspan to ponder “what may be the enormity of an economic disaster that looms on the horizon.” The dollar’s value against other currencies is on the rise despite all traditional factors being against it, truly proving that the greenback’s success rests on faith alone. With a $35 billion annual increase in Federal deficit, one has to wonder how long before the U.S. dollar joins the same club that Argentinian Pesos and Ghanaian Cedis are unwilling members of.

While working as subcontractors on a historic shipwreck in Sanford, Florida, the Schmitts family struck gold – in the most literal sense. ClickOrlando.com reports that the family recently stumbled upon gold treasure with an estimated value of $1 million.

The shallow-water discovery includes 51 gold coins, one of which is a so-called royal gold coin made for King Phillip V of Spain, as well as a 40-foot-long ornate gold chain. The gold chain, featuring handcrafted links with an olive blossom motif, is thought to have been used as a tax-free alternative to coins, and was referred to as a “money chain”.

The discovery is linked to the ‘1715 Treasure Fleet’, a fleet full of New World treasures that shipwrecked on its way to Spain – interestingly enough, the wreck happened almost precisely 300 years ago, sometime around the end of July.

Brent Brisben, owner of the 1715 Fleet Queen’s Jewels company that the Schmitts were working for, said of the discovery: “These finds are important not just for their monetary value, but their historical importance,” adding that the discovery will help them learn from history as well as preserve it.