Home » Blog » What Does Gold’s Narrative Tell Us About Where Prices Are Going?

What Does Gold’s Narrative Tell Us About Where Prices Are Going? 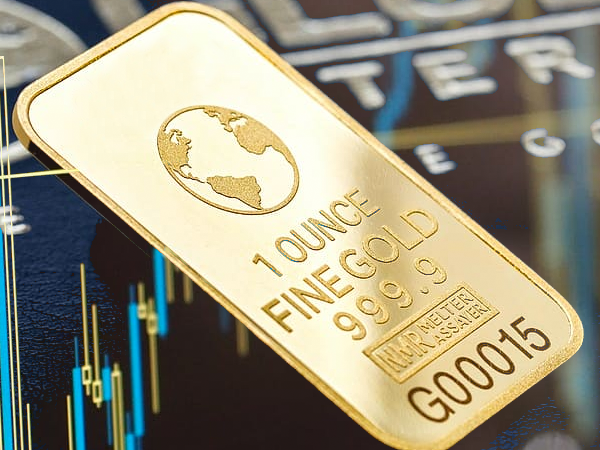 This week, Your News to Know rounds up the latest top stories involving gold and the overall economy. Stories include: How gold is entering another bull market, gold to go to all-time highs in the next few years, and Slovakia is thinking of repatriating its gold from the U.K.

For all the emphasis that analysts and strategists place on statistics and data, sentiment has always been the underlying driver behind market movements and asset valuations. In a book written after his tenure as the Bank of England Governor, Mervyn King explains how, in the absence of absolute certainty, narratives are what pushes the market in a given direction.

To FX Markets’ Arkadiusz Sieron, this notion is especially true when talking about the gold market. Although historical precedent provides the metal with an aura of value that no asset can match, its prices have still been subject to swings as market sentiment has shifted over the decades. Sieron believes that bull and bear markets in gold should be viewed over larger periods of time, pointing out that there have been four key cycles that have dominated the market based on the overarching narrative.

The first one started in the 70s, as growing concerns over inflation after the gold standard was abandoned brought the metal’s price to $600. By the 80s, a second narrative was coming into place, one that stated that there are better and more lucrative options for investors as markets evolved. By the turn of the millennium, however, investors realized that these new options weren’t all they were promised to be, and that the global economy was far worse off than previously thought. This ushered in a third narrative which culminated in 2011 as gold hit its all-time highs.

After 2011, the fourth narrative had to do with economic recovery and the notion that crisis times are behind us. Sieron has little doubt that gold’s rise to six-year highs this year brought an end to the fourth narrative, as investors could no longer ignore the mounting red flags and the normalization of negative yields worldwide. And while Sieron predicts that we are at the very beginning of a prolonged bull market in gold driven by safe-haven demand, this run could differ notably from the previous ones. The federal deficit, along with global and domestic debt, are all approaching levels that economists are calling a point of no return. With these effectively unsolvable issues, it will be much harder to shift market sentiment back to optimism and convince investors that the coming crisis is just another bump in the road.

Strategist: Gold prices are set to reach all-time highs in the coming years

In his commodity outlook for December, Bloomberg Intelligence’s senior commodity strategist Mike McGlone spoke about how stocks and the U.S. dollar could propel gold to all-time highs in 2020 and beyond. Equities and the dollar have both been peaking as of late, yet gold has had a relatively easy time climbing to a six-year high of $1,553.

This level could prove to be just a start, however, as upcoming mean reversions in both stocks and the greenback position themselves to act as powerful catalysts for a gold breakout. With a bull market that has now stretched for 11 years, investors are growing increasingly cautious regarding stock valuations as they prepare for a potentially massive correction.

Comparing the metal to other commodities, McGlone noted that gold continues to stand out due to its performance alongside a rising dollar, which should normally place downwards pressure on the yellow metal. “Gold is the divergent strength standout. Up almost 15% in 2019 despite the 2% gain in the trade-weighted broad dollar indicates the metal is on solid footing for further advancement,” said McGlone.

Although a strong dollar moving into 2020 would work in gold’s favor, McGlone finds this scenario unlikely as we approach a contentious election. McGlone is highly bullish on gold’s prospects both in the short and long term, as the analyst thinks the metal has established a new strong support level at $1,400 and is facing a key challenge in the $1,550 resistance. Over the longer term, however, McGlone sees gold potentially reaching $1,900 an ounce in the next few years, which will act as the starting point for a bull market that will set forth new all-time highs.

Slovakia could soon follow Poland’s example and bring back its gold from the U.K.’s vaults

For many experts and analysts, central bank bullion demand has been the biggest point of interest in 2018 and 2019. Last year, central banks around the world bought a record 651 tons of gold before moving into 2019 with the same voracious appetite.

As the World Gold Council pointed out in a report, the drive for diversification from the official sector brought gold demand to a three-year high. Yet central bank purchases over the past 24 months have drawn attention for reasons other than the sky-high year-end total figure. As opposed to the standard roster of buyers that have consistently topped the charts over the past few years, 2019 has seen China return to the gold market and quickly emerge as a contender for Russia’s spot as the biggest gold buyer.

Likewise, interest in gold from European countries has continued to intensify, with several nations in the region making multi-ton purchases after years of absence from the market. Poland’s acquisitions have been the most prominent, as the Eastern European country purchased nearly 130 tons of gold in 2018 and 2019.

Actions from Poland’s official sector further captured imaginations, as the country decided to repatriate roughly 100 tons of gold that were held in U.K. vaults. Not long after Poland airlifted 8,000 bullion bars back home to bring up its reserves to 228.65 tons, news broke out that Slovakia is considering following in the same route due to uncertainty over the global economy and Brexit. Should the nation go through with these plans, it will mean an additional 31.7 tons of gold bullion will leave the U.K. and head back to Slovakia. As some analysts move on to estimate that central banks will buy at least 750 tons of gold by the end of this year, these repatriations have added another nuance to interesting developments surrounding gold demand from the official sector.