Home » Blog » What Has History Taught You and I? All Fiat Currencies Only Last For A Few Generations

What Has History Taught You and I? All Fiat Currencies Only Last For A Few Generations

This week, it’s official: China’s Yuan will now be included in the IMF’s global basket of currencies. What will this mean for the dollar and for you? 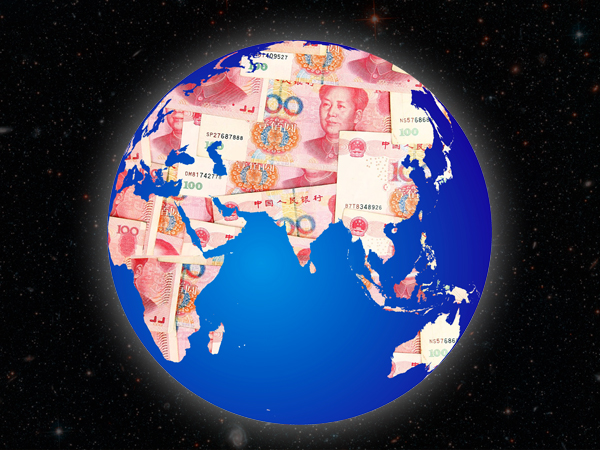 As we predicted it would happen, the International Monetary Fund (IMF) made a historic decision this week in international finance by adding the Chinese yuan into its basket of currencies that make up the global exchange unit known as the SDR.

Created back in 1969, the SDR (Special Drawing Rights) is used by governments and central banks as a foreign exchange reserve to facilitate international trade and finance.

The yuan joins four other currencies in the SDR basket including the U.S. dollar, the euro, British pound and Japanese yen.

As China continues to adopt a more open and market-based economic approach, this latest approval from the IMF signifies that the international community now has a great deal of confidence in the yuan.

In fact, the Chinese currency will receive a heavier weighting in the SDR than the yen and pound sterling, making up 10.92% of the currency basket. So now, with the increased stability for the yuan, market watchers expect demand for it to increase.

Speaking of an increase in demand, the recently created BRICS bank is set to begin to borrow money in the Chinese yuan — and not the U.S. dollar!

This is a huge move for the yuan as it grows in global acceptance, and a major blow to the dollar’s reign as the king of global trade.

The rising eastern power block has made it clear: It wants to move away from dollar dependency.

So with all of this good news for the yuan, how soon might it replace the dollar? While it may not be tomorrow, there’s no doubting that the free market is moving in its favor, and against the dollar.

On the global stage, it’s no secret that the dollar is being dethroned as a tradable currency and faces rising competition from nations who no longer see any benefit from settling trade in the greenback.

In fact, we are already seeing talks of adding additional currencies to the SDR, which would see the U.S. dollar further diluted on the international stage.

20 years from now, when we look back at 2015, we’ll likely wonder why so many of us ever thought that the U.S. dollar would reign supreme forever. Don’t forget, history already tells us that every fiat currency created only lasts a handful of generations before it is replaced… so why would now be any different?

There is some silver lining to all of this news: The yuan will not be added to the IMF’s SDR basket until October 1, 2016. So you have some time to prepare, and to diversify your wealth out of the U.S. dollar.

If you haven’t yet protected your savings with gold, now is your chance. Call us today.