Home » Blog » What is Russia Trying to Accomplish by Tripling Their Gold Hoard?

What is Russia Trying to Accomplish by Tripling Their Gold Hoard?

As Russia’s taste for gold reaches new heights, we ask: Why has their gold hoard become so urgent and how will this affect you? Read further to find out. 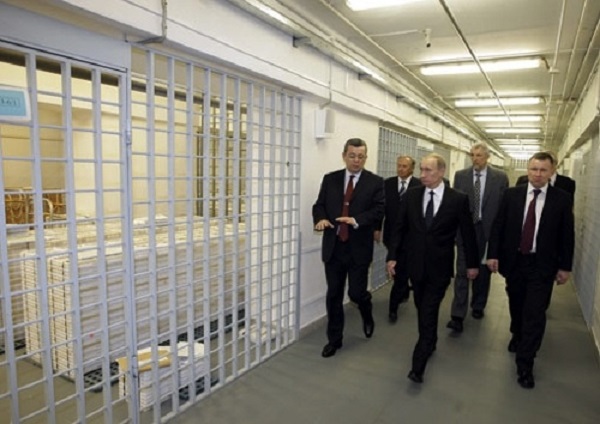 Russia continues to buy the barbarous relic — lots of it, so far, forty two million ounces to be precise. No country does that unless they have an agenda or a worldview that requires building large gold reserves.

What could possibly be the motives behind the Kremlin’s actions, in the face of crippling Western sanctions and an even more destructive price for crude oil? The simple fact is, Russia, and many other totalitarian regimes such as China, are amassing the precious metal to prepare the way for a new global financial system.

Russia doesn’t play into the politically correct views of the West or its Keynesian pipe dream theories. Russia respects only one thing — strength. This is true whether you are talking about the military, geopolitical chess moves, or economic status. Russia is preparing for the future when the international financial system is radically altered from its present state.

Eddie Van Der Walt of Bloomberg reports, “Russia, the sixth-biggest holder of the metal, more than tripled its hoard since 2005 and holds the most metal since at least 1993, International Monetary Fund data show. It’s been steadily buying bullion even as international sanctions over the Ukrainian conflict and a plunge in oil prices contributed to a collapse in the ruble. Gold priced in rubles jumped 60 percent in the past year.”

‘Russia has been building its holdings for a long time now for very political reasons,’ Adrian Ash, head of research at BullionVault, said by phone from London. ‘It shows the emerging-market bid remains strong for gold, which is proving supportive.'”

Russia simply believes that the United States Dollar will be dethroned as the world’s primary reserve currency. Russia believes that the U.S. will face a financial crisis over its mounting sovereign debt, an amount America will never be able to pay back. In Russia’s world view, our nation will have to default.

So Russian President Vladimir Putin is doing what’s prudent for anyone with such a view: He’s preparing for the day that happens. He is reconstituting the Russian empire and having a strong, gold-backed currency is part of that formula.

No one knows when America will implode due to her fiscal mismanagement. However, it is clear it is just a matter of time. And don’t forget that financially, Europe is also a controlled train crash. The West has gotten sloppy and Putin is preparing to take advantage of it.

Indeed, the Russian Federation is not the only country that holds this apocalyptic view.
Van Der Walt also reports, “Gold remains a large part of many central banks’ reserves, decades after they stopped using it to back paper money. Nations globally have expanded holdings in the past few years, a reversal from two decades of selling since the late 1980s.”

Obviously, many central banks around the world are concerned about the globe’s financial future. So what’s an American to do when faced with these alarming facts? Luckily, you can do the same thing that Putin and other world leaders are doing. You can buy gold.

Gold has been a store of value throughout the centuries. This has not changed nor will it change. If the system collapses, those owning gold will be protected from the decline in the value of paper, or fiat, money.

It’s why Putin is buying so furiously. It’s why thousands of Americans are buying gold each day. If you haven’t already protected some of your own savings, ask yourself: Should I be doing the same?

If you haven’t had a chance yet, be sure to sign up for our weekly emails. We send the latest updates on important financial and gold news.