Home » Blog » What Looms Ahead in 2016 Will Likely Impact Gold 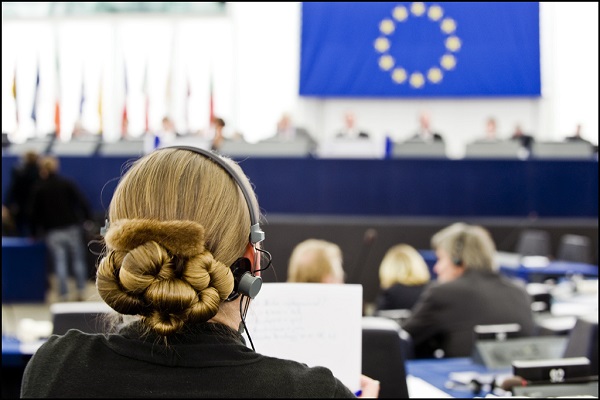 This week, Your News to Know gathers the most important news about the gold market and the overall economy. Stories include: Why Lawrence Williams feels the year ahead could be scary, American Silver Eagle annual sales record ends at 47 million, and an in-depth look inside Sudan’s new gold rush.

Scary year ahead – should we be buying gold and silver?

As we draw closer to the end of the year, Lawrence Williams ponders what 2016 could have in store for the global economy. His outlook is grim, and he presents no shortage of reasons to support it.

For one, conflicts seem to be heating up on multiple fronts. NATO seems to enjoy being at odds with President Putin, an exercise Williams likens to tweaking the Russian bear’s tail. As if Russia’s menacing posture wasn’t enough on its own, there is potential for Chinese-American conflict in the South China Sea, North Korea threatens with claims of developing its own hydrogen bomb and instabilities in Africa and the Middle East are mounting. Perhaps most worrying, however, is the profile of many front-runners for the 2016 U.S. presidential election – veteran investment analyst Doug Casey refers to them as a group of “very dangerous people.”

Things aren’t looking better when looking at the global economy, either. Williams comments on a recent opinion piece by Grant Williams that likens central banks and their influence to that of the Galactic Empire from Star Wars. Like the Empire, he feels, central banks are losing their all-powerful image and are showing vulnerability and holes in their policies. While it’s just as true in the case of Europe and China, nowhere is it more apparent than with the Federal Reserve – the recent interest rates hike only proves that things are spiraling out of the Fed’s control and that it has long-been deprived of ways to fix its $3.1 trillion debt.

Grant Williams’ sentiments are echoed by Mark Valek and Ronni Stoeferle, investment managers for Liechtenstein’s Incrementum AG, in the bank’s Christmas letter to investors. Valek and Stoeferle – both belonging to the Austrian School of Economics – feel as if 2015 was a landmark year as “the year when the myth of central bank infallibillity began to crumble.”

Doug Casey, Grant Williams and Valek and Stoeferle of Incrementum AG all have one thing in common: They’re bullish on gold at its current price levels and as a store of value. Yet interestingly enough, Casey was the only one to comment on the metal in relation to recent events, noting that he is buying gold and silver aggressively as he considers it the only place to go, finding all other assets to be overvalued.

While Lawrence Williams notes that geopolitical and military flare-ups have done little to move the price of precious metals in recent years, he doesn’t believe this will be the case for much longer considering the current powder keg of events around the globe. He also notes that as prices get closer to their bottom the more they fall, and that 2016 could be the year when we finally see an upturn – not just for gold and silver but for platinum and palladium as well.

The United States Mint’s exceptional sales year finally ended – CoinNews.net reports that the last coin of 2015 was sold on December 15. To get more, buyers will have to wait until mid-January for the launch of the next edition.

While the coins have been in production since 1986, the biggest sales figures were reached during the last five years, with each successive year posting a new record – 2014’s record of 44,006,000 ounces was comfortably surpassed by the 47 million ounces sold this year.

2015 was also notable in that demand stayed strong throughout the year instead of softening in the summer months as it usually does. This further strained the Mint’s production capabilities as it was already experiencing silver planchet shortages from heightened demand in the past few years.

Coin News’ Mike Unser notes that falling silver prices no doubt played a role in making the Silver Eagle coins more appealing to investors, adding that buyers might experience harsher premiums on bullion as a result of supply shortages.

It’s no secret that Sudan’s economy has seen better days. After South Sudan’s secession in 2011, the country lost 75% of its oil-derived income, and 7 of its 18 states are in conflict.

Gold mining is a shining beacon of hope for the country’s leaders, but it’s still not without its set of difficulties. If export figures for the metal are any indication – going from 36 tons in 2014 to an expected 74 tons in 2015 – Sudan is well on its way to reach its goal of becoming the world’s third-largest gold producer after South Africa and Ghana.

Unfortunately, United States sanctions imposed on Sudan in the 90’s have made the country largely inaccessible to international investors despite their high level of interest. Starting any mining operation is a costly process, and it’s made harder when the money can’t travel from one destination to another. “It does take us a while to work out how best to transfer money there,” said Hugh Stuart, CEO of Orca gold, in regards to their endeavors to finance a $200-300 million gold mine north of Abu Hamed.

Yet the best chances for Sudan’s economy might not come from abroad, but rather from locals with a keen interest in mining and geology. It’s not just that mining education in the country recently saw improvements, leading to less ore being wasted during prospecting: The Guardian reports that Sudanese natives and those from neighboring areas are driving the latest gold rush.

From El-Etimad’s surprisingly high-tech mining endeavors in Dongola to thousands of artisans flocking to the land hoping to find riches and ignoring the dangers of haphazard prospecting, Sudan’s economy might still end up catching a break based on the nation’s rich ore concentration alone.