Home » Blog » What will happen to gold if the Fed raises interest rates?

What will happen to gold if the Fed raises interest rates?

With the Fed about to announce a possible interest rates increase, we question the possible effects it will have on gold. Read further here. 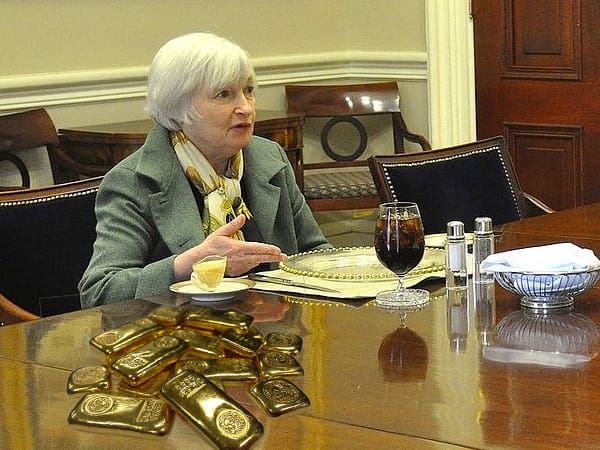 This week, Your News to Know gathers the most important news stories about the gold market and the overall economy. Stories this week include: Gold picks up ahead of Fed interest rate decision, who really understands the gold market, and Spanish treasure worth $17 billion found off Colombia’s coast.

Gold picks up ahead of Federal Reserve interest rate decision

Like many analysts, Lawrence Williams feels that the Fed have now backed themselves into a corner: Janet Yellen and the rest of the Federal Reserve have little choice but to raise rates by the end of the year if they want to maintain credibility, even if the current economic situation makes such a move inadvisable.

According to Williams, inadvisable such a move would be: The stock markets might be a step away from collapse, major companies’ Q3 earnings figures are worrisome and the strong dollar is hurting U.S. exports while making imports more and more appealing. Add to that the underwhelming Chicago Purchasing Manager Index (PMI) and Institute for Supply Management (ISM) manufacturing index figures, and Lawrence is sure that one thing becomes clear: The decision to raise interest rates will prove to be a costly one.

The most recent Mines & Money conference in London saw commentators and analysts agree that a rates hike could only last for six months or less and will be followed by a fourth quantitative easing program. Furthermore, a 25-basis-point raise was already small, but the Fed might have to bring the basis point figure down to 10 in order to reach a dangerous compromise – Williams sees this as a classic ‘damned if they do, damned if they don’t scenario, and one that will cause gold to soar.

With this in mind, it’s not hard to see why gold is picking up ahead of a likely rates hike even if this goes against commonly-accepted wisdom. After all, Williams notes that the market isn’t held up by fundamentals, but rather by sentiment: “And sentiment can change overnight, sometimes on a seemingly innocuous piece of news,” he adds.

Who really understands the gold market?

Avi Gilburt, a frequent Seeking Alpha contributor, has an opinion on gold that considerably differs from that of his peers. As expressed in his piece on Gold-Eagle.com, Gilburt doesn’t believe that market fundamentals have much to do with the price of gold. GDP, interest rates, and the financial sector – he finds these largely inconsequential in any precious metals discussion.

While the fundamentals for gold have always been solid, dismissing them and going as far as to call his fellow analysts “certifiably insane” doesn’t mean Gilburt has a bleak outlook on the metal. Just the opposite: He forecasts a major correction for gold soon.

Back in 2011, Gilburt accurately predicted a correction that would drastically lower gold’s price and urged investors to prepare for it. Now, he is urging people to brace for the opposite: An end of the correction that started in 2011 and a return of the long-term bull market that gold bugs have been waiting for.

Gilburt admits he is unsure whether gold’s current low is the final one or if another will be reached in early 2016. Past that, however, his stance is clear: “I believe, with a high level of probability, that we are completing this long term correction in the metals and we will likely resume the long term bull market in 2016.”

Back in 1708, the great Spanish galleon San Jose sailed for Europe with billions of dollars in gold and silver on board; the treasure was meant to aid France in its battle against Britain during the War of the Spanish Succession. As fate would have it, the ship never reached its destination, instead being sunk by the British Navy and lost to the sea.

Now, after more than 300 years, the Colombian government has finally located the ship and is in the process of reclaiming it. Given that some estimate the value of the ship’s treasure at up to $17 billion, it shouldn’t come as a surprise that another group is trying to claim San Jose as their own – Huffington Post’s Nina Golgowski reports that U.S.-based salvage company Sea Search Armada insists that the ship and its contents belong to them.

While the galleon was only found on November 27, the legal battle over its belongings has been going on for decades. SSA Managing Director Jack Harbeston claims his company spent over $10 million on surveying the ocean floor between 1980 and 1983 as well as an additional $2 to $3 million in legal fees.

But the Colombian government maintains that SSA’s studies and searches didn’t play a role in the discovery. While the ship being found in an unreferenced area might invalidate SSA’s claim on the treasure, Harbeston believes there is foul play at work since Colombian president Juan Manual Santos and his office are blocking the salvage firm from entering the site.

While a U.S. court ruled out the option of SSA suing the Colombian government in 2011, the company has since appealed the verdict and it’s not yet clear who will be the final recipient of the massive bullion hoard.