Home » Blog » Why Are Legendary Investors Flocking to Gold? 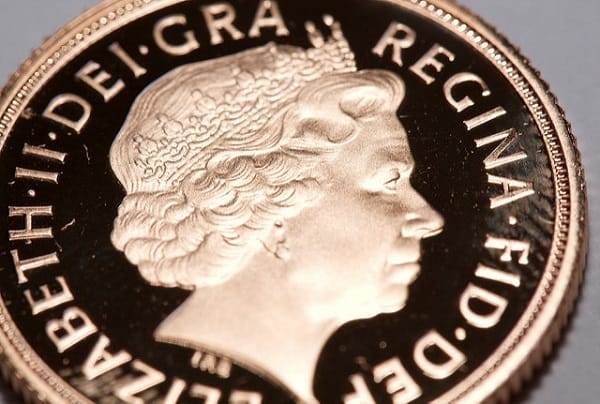 This week, Your News to Know brings you the weekly roundup of the hottest news from the world of finance and the gold market. Stories include: Why big investors think it’s time to hoard gold, why one strategist believes that gold could jump to $1,400 if Brexit vote passes, and the vast mineral deposits of Egypt’s gold mines.

Gold demand is known to go hand-in-hand with fear and uncertainty. Indeed, the precious metal’s ongoing rally is attributed to concerned people who feel the need to include gold in their portfolio for safety reasons, as opposed to being driven by physical demand from top buyers like China and India.

Right now, Americans have no small amount of global risks to worry about. The possibility of the U.K. exiting the European Union is at the forefront of many people’s minds, with all eyes trained on the upcoming June 23 vote. Senior Kitco analyst Jim Wyckoff believes that the mere presence of such a vote already spells bad news for the European Union.

Of course, should the vote pass, the EU will find itself in a heap of trouble. Wyckoff says, “If Brexit passes, what’s the next step? …The U.K. pulls away from the European Union. Are some of the periphery countries going to pull out? … That leads to the thought of what happens to the euro. Some people are going to take their euros and buy gold because buying gold today is there for down the road if the euro is no more.”

Dennis Gartman, publisher of The Gartman Letter, sees a potential Brexit as only one out of a myriad of geopolitical threats stimulating the gold trade. “You have a Spanish election coming at you in a week and a half and that is terribly confusing. It looks like the left is going to win. You have rising nationalism in France. You have the strike in France. You have one thing after another,” Gartman explained. Tensions in the South China Sea, a shutdown of Nigerian oil production by militants and worldwide negative rates only serve to add more fuel to the fire.

As reported by CNBC’s Patti Domm, however, small investors aren’t the only ones liking gold right now. George Soros and Stanley Druckenmiller are just a few high-profile investors and money managers who are making the move to physical gold, with the former buying gold and the latter advising investors to get out of stocks and buy the metal instead. DoubleLine Capital CEO Jeff Gundlach is another believer in the metal, and sees gold going to $1,400 per ounce.

While a jump to $1,400 might not be right around the corner, many analysts believe gold could soon consistently be in the $1,300 range. According to Wyckoff, $1,308 per ounce is a key level that would bring additional buying while propelling the metal even higher.

Should Brexit vote pass, one strategist sees gold jumping to $1,400

While there is still a week to go before the Brexit vote takes place, the looming threat of a British exit from the European Union has already stirred financial markets.

Just this month, the British pound has lost 2.5% against the dollar and the U.K. blue-chip benchmark FTSE 100 is down 4.4%, to name a few examples of the uncertainty’s ripple effect.

And while a Brexit scenario could be disastrous for the markets, MarketWatch’s Sara Sjolin reports that gold would rank among its biggest beneficiaries.

“Brexit would be very beneficial for shorting sterling and we will probably see a big pick up in gold… In that scenario we think gold could hit $1,400 [an ounce],” said head of research and investment strategy at ETF Securities James Butterfill, drawing parallels between the current situation and the Grexit scare in 2015. And while Butterfill himself doesn’t think a Brexit will happen, early polling suggests that the vote will be close and surveys show that the ‘leave’ campaign is gaining momentum.

Fortunately for investors, the yellow metal’s performance isn’t overly-dependent on the outcome of the vote: Gold has already rallied over 20% since the start of the year.

Butterfill attributes the increases in price that we’ve already seen to multiple concerns rather than a single looming event, mentioning presumptive Republican nominee Donald Trump’s non-establishment policies and the Fed’s reluctance to act as two more sources of uncertainty. “These are three quite significant risk events, so that’s why we are seeing popularity with gold,” he said.

Butterfill also added that the threat of multiple risk events means that a $1,400 rally would “have legs” instead of potentially suffering from a boomerang effect.

While traditionally considered a land of wealth, Egypt isn’t the country most would associate with large-scale gold mining. This is in large part due to the nationalization of the country’s industry that took place in 1961 and 1962 and caused local and foreign geological talent to flee.

This has led to mining and quarrying making up for only 0.4% of the country’s GDP, as the government has focused on oil and gas for decades. Currently, Centamin’s Sukari is the only active mine in the region, producing around 440,000 ounces of gold per year.

As seen in a recent Mining.com article, however, there might still be hope for Egypt’s mining industry. Canada-based explorer Alexander Nubia has been developing gold resources in the country for over five years and hopes to open its mine in the Eastern Desert by 2019 at a cost of up to $500 million.

“Using modern mining techniques and technology, we hope to recover a lot of the gold that [the Roman and Egyptian civilizations] missed, because they were unable to mine it and process it,” chief executive Mark Campbell told CNN. Campbell isn’t the only one who believes Egypt’s mines could hold hundreds of billions of dollars’ worth of ore: Paul Jones, CEO of Canadian explorer Nuinsco who left the country during the 2011 uprising, recently told Reuters that Egypt’s mining potential is huge, comparing it to the Canadian shield of a century ago and its millions of ounces of gold.

Aside from the massive untapped gold and silver stores, Egypt’s Eastern Desert and Sinai areas are also thought to hold billions of pounds of copper, zinc and lead.