Why Both Gold and the Dollar Are Simultaneously Moving Higher 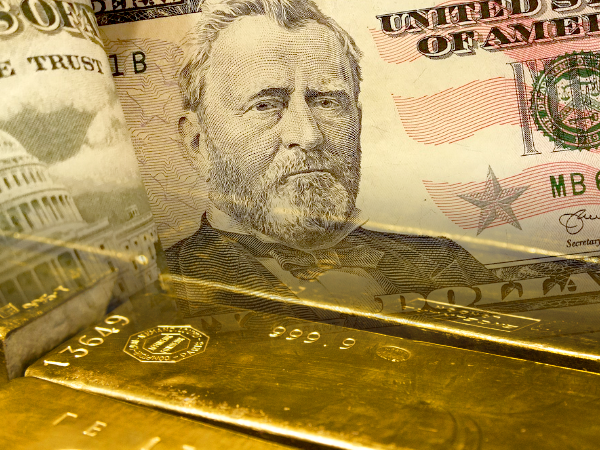 This week, Your News to Know rounds up the latest top stories involving gold and the overall economy. Stories include: The curious case of gold rising alongside the dollar, gold investors should pay attention to real rates, and gold is preparing for the next stage of its bull market.

What is driving the rise of both gold and the U.S. dollar?

Although the simultaneous rise of the U.S. dollar and gold is atypical, MarketWatch’s Ivan Martchev notes that the rare occurrence is easy to demystify. While Federal Reserve rates have previously been the deciding factor in the greenback’s value, Martchev points to the Broad Trade-Weighted Dollar Index as a key gauge that explains why both assets are standing strong.

As Martchev points out, questionable actions from various central banks have both devalued their currencies and created a persistent environment of negative-yielding bonds, leaving the U.S. dollar as the standout. On the flip side, the lack of appeal from global bonds has played an important part in boosting gold’s price by roughly $300 since the start of the year.

Martchev lists China as a prominent example, as its ongoing devaluation of the yuan has pushed global central banks towards quantitative easing (QE). The European Central Bank’s loose monetary policies and negative-yielding European bonds have done plenty to weaken the euro and minimize the appeal of bonds as a safe-haven asset, leaving gold and the plummeting Treasury as the only alternatives.

The metal has gained close to 20% since the start of the year, and Martchev sees multiple ways for gold to gain another 15% to 20% over the next 12 to 18 months. One of them would be a continuation of the ECB’s QE program, with even faster moving gains if the Fed starts printing money as well. Martchev also lists the massive balance sheet of global central banks as an ongoing risk that could result in hyperinflation and send gold to new all-time highs. These highs could also be reached if the U.S. enters a recession in the near future, something that both Fed officials and independent experts see as a likely scenario.

Analyst: Real rates will be the real tailwind pushing gold up

As investors focus on the newly-developed correlation between gold and the U.S. dollar, Kitco’s analyst Michael Pento notes that real interest rates are what should be on everyone’s mind. Pento explains that the Federal Reserve is being forced to cut rates to weaken the dollar, as a strong greenback is hurting foreign holders of $11.5 trillion of U.S. debt.

Pento points to the major boost that gold has gotten from the 10-year Treasury, which has fallen from nearly 3% to 1.6% over the span of 12 months. Even in the absence of comparably-weaker performances by foreign currencies and bonds, the rapid decline of real rates in the U.S. provides enough support for gold even if the greenback soars.

All eyes are on President Trump and Xi Jinping in hopes that a satisfactory trade deal will be reached in the near future, as their respective economies have already felt the brunt of the trade war. U.S. GDP growth has more than halved year-on-year, while China has found itself stuck with a crumbling yuan. Trade tensions or not, global growth is bound to contract as China can’t add to its $40 trillion of debt without making a massive dent in its currency.

Regardless of whether a trade agreement is reached, there are plenty of risks on the horizon. Besides historically overvalued stocks, Pento also points to the global debt issue and asset bubbles that will send real rates to record lows in the near future. The near-guarantee of continually sinking real rates is a bullish case for gold on its own, let alone when paired with the flight to safety that will occur when one or more of the aforementioned risks can no longer be ignored.

In a recent analysis on Seeking Alpha, Clif Droke outlined the various reasons why gold is scheduled for a continuation of its exceptional gains in the fourth quarter. According to Droke, investors are growing increasingly cautious of red flags on both the domestic and global fronts. The rush to safety appears to have already begun, as the metal’s price is becoming more sensitive to economic data.

Gold jumped 1.5% right after the latest release of the ADP National Employment Report, which showed that private payroll growth by U.S. employers came in with disappointing percentages for both August and September. Multiple other reports released this month have also indicated that the U.S. economy is slowing down.

Droke cites Reuters reporter Lucia Mutikani, who places the blame for the halt of the longest economic expansion on the prolonged trade war between the U.S. and China. Besides harming business confidence, Droke believes that investors are wary of the Fed continuing to slice its benchmark rate in response to the trade disagreements.

On October 2, the U.S. obtained approval from the World Trade Organization to place $7.5 billion in tariffs on European imports. Droke thinks this could be a key development for gold’s bullish trend in Q4, as the approval signals an outbreak of another trade war on top of the 15-month long tensions with China. To Droke, there is little doubt that the announcement will make investors even more skittish and further strengthen the already solid case for gold in the near term.