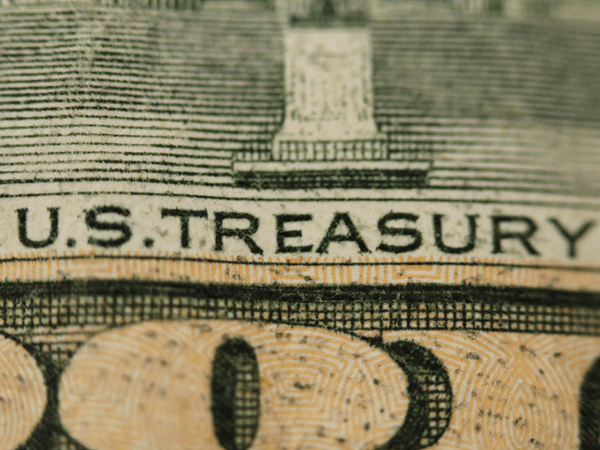 While gold has recently been trending lower due to the markets pricing in an expected interest rate hike, multiple analysts agree that gold will ultimately prosper regardless of the outcome of the next Fed meeting this Wednesday.

Several market analysts who spoke during the Letter Writers Forum at the Prospectors and Developers Association of Canada said gold investors shouldn’t fear higher interest rates – according to them, a dip in gold prices could be followed by a rally after the meeting, as was the case in December when gold rose 9% following the Fed’s hike.

Furthermore, analysts like Gwen Preston noted that real interest rates will remain low (as many believe that the Fed is acting too late on rising inflation), which will reinforce gold’s appeal. Preston explained that inflation is already at 2.5% and that it could rise further once President Donald Trump pursues a weak U.S. dollar policy to drive economic growth.

Independent analyst Sean Brodrick agrees, saying that inflation fears are “like rocket fuel for gold… I see every pullback as a gift.”

In an interview with Kitco, Mickey Fulp, creator of the Mercenary Geologist, underlined why a hike this week isn’t a threat to gold. Even if rates go up, Fulp points out interest rates will only be 0.75%. “Ultimately we are still dealing with negative interest rates. I think gold bottomed in 2015 and while the market will remain volatile, I think we will continue to see higher highs and higher lows,” he said.

“If gold takes it on the chin because of the Fed, I see that as a buying opportunity,” Louis James, senior investment strategist at Casey Research, told Kitco.

According Brent Cook, editor of Exploration Insights and one of the mining community’s most widely-followed figures, the surge of gold prices since January is poised to continue due to multiple factors.

“Shrinking exploration budgets, a dearth of new high-quality deposits and the ‘fear trade’ will provide continuing upside pressure as the year unfolds,” said Cook, adding that gold’s long-term fundamentals are better than ever.

Cook bases his analysis on the fact that mining companies have cut capital investments too much and won’t be able to meet demand as prices rise. “Many discoveries never pan out,” said Cook. “Even those that do, often take nine and or ten years to put into production. And there are not that many around.”

Cook is also critical of several publicized mining opportunities, noting that they are hampered by “fatal flaws” that make them uneconomical or impractical and are caused by issues ranging from isolation, environmental opposition and technical feasibility.

The downside trend in the prospecting sector is likely to worsen – an upcoming S&P Global Market Intelligence Report states that 2016 marks the fourth consecutive year that mining sector exploration budgets have declined, going down by almost 66% from the $21.5 billion record high reached in 2012. The report further states that, while gold remained the top explored commodity in 2016, total dollars spent on global gold exploration fell to US $3.3 billion, reaching their lowest level since 2006.

While Cook’s primary expertise lies in mining, the analyst also noted that the metal’s strong fundamentals are coinciding with favorable developments on the global macro front, namely those involving the U.S. presidency.

“The rise of the Trump Administration is making the ‘fear trade’ increasingly important,” he said. “People think that he is unstable, that his ‘trade war’ policies are bad for the economy and that he is dangerous, in part, because when the going gets tough, he’ll be at the mercy of his advisors.”

“The gold market is tired in the wake of recent advances,” Cook added. “But if you add all these trends to that of U.S. unconventional monetary policy which is increasingly losing its credibility, I’d expect gold prices to be higher at year-end that they are right now.”

Indian gold imports in February rose almost three-fold from a year earlier ahead of the festival and wedding period that starts next month. Bloomberg reports that a source inside the finance ministry said shipments for the month jumped 175% to 96.4 tons from a year earlier.

This spike is especially notable considering India’s recent slump in demand, which was exacerbated when Prime Minister Narendra Modi moved to withdraw high denomination currency notes. Now, jewelers are building up inventories as they expect to see a recovery in purchases ahead of India’s wedding season and the Hindu gold-buying day of Akshaya Tritiya that falls toward the end of April this year.

“We expect some heavy buying in April as a large number of weddings are expected to take place,” said Mehul Choksi, chairman of jewelry store chain Gitanjali Gems Ltd. “The wedding season runs from April to July, so we are expecting some recovery in demand.”