Home » Blog » Why Gold Is Your Financial Safety Net

Why Gold Is Your Financial Safety Net

Those who buy gold for a quick profit are missing some of the most important reasons for owning the metal. One writer explains why. 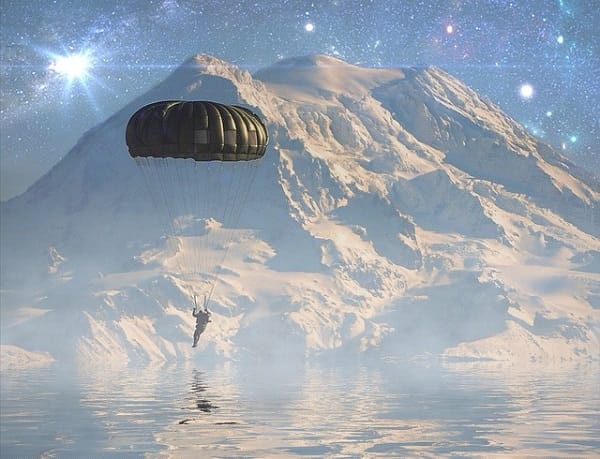 This week, Your News to Know rounds up the most important news from the world of finance and the gold market. Stories include: The long-term prospects of the yellow metal, 50 years of gold price vs Dow index shows why the metal could be considered a bargain, and why emerging markets should move from dollars towards gold.

Gold and its long-term prospects

Gold-Eagle.com contributor Darren Capriotti recently tackled a common question among some market watchers: With a hike in interest rates possibly on the horizon, is gold’s recent bull run over?

To Capriotti, this question is a short-sighted one. He believes that people who buy gold should not be in it for a quick profit, meaning they shouldn’t be overly concerned with the metal’s day-to-day fluctuation in price. People should buy gold, Capriotti argues, because they are looking for the safety that it offers, such as safety against a weak U.S. dollar and economy as well as a struggling stock market.

But is it really prudent to buy gold with a potential hike coming up? Capriotti dispenses some investing advice that’s useful no matter the commodity: “Buy when there’s blood in the water.” More specifically, it is the dollar’s current relative strength that makes it perfect to buy commodities such as gold and silver, considering both assets are historically inexpensive compared to the greenback.

To highlight gold’s utility as a hedge, Capriotti quoted a recent Fox Business interview with David Stockman in which he warned viewers of the U.S. living beyond its means for too long. In the interview, Stockman recalls how people underestimated financial aggravators before the 2008 collapse and forecasts: “Whoever is elected will inherit a recession…We’ve got a deflationary recession emerging everywhere in the world…”

There’s no question about gold prices recently doing well: Despite taking hits in May, the metal is still holding onto its double digit gains in 2016 and continues to be one of the year’s best assets. But could gold be considered a bargain?

Writing for Mining.com, Frik Els recently turned to a chart that pits the price of gold against the Dow index over a 50-year period. The chart’s premise is a simple one: Figure out how many ounces of gold it would take to buy the Dow and use it as a barometer of gold’s realistic standing.

The chart suggests that — despite gold’s terrific run to start the year — the metal remains a bargain. Gold’s most favorable position on the chart was in early 1980s when the metal’s inflation-adjusted price was $2,400; the worst position is held by gold’s prices around the turn of the century, when it was about $250.

Right now, gold’s ratio against the Dow sits at just under 15 on the chart, more than double the value of 2011’s highs. What does this mean? Quite simply, based on this measurement, gold is at its cheapest price since 2007.

Why emerging markets should shift from dollars to gold

Financial Times’ columnist John Plender recently made the case for why emerging markets should make the switch from dollars to gold.

Plender sees multiple reasons why emerging markets should make this switch, not the least of which is diversification: Nearly two-thirds of global reserves are invested in dollar-dominated assets, which isn’t very reassuring considering the greenback’s historical volatility.

Plender also agrees with Harvard economist Kenneth Rogoff’s assessment of bond-dependent environments benefiting from increased allocation to gold. Since emerging markets are competing for rich-country bonds, the interest rates they receive are low and make gold a more appealing asset. Furthermore, the limited number of IOU’s that these governments can issue cut down potential bond-derived profits and make gold “an extremely low-risk asset with average real returns comparable to very short-term debt.”

But this is hardly news to the rulers of emerging markets; Plender notes that these markets have been net buyers of gold since 2010.

Although Plender doesn’t believe gold to be the perfect investment, he does see plenty of ways for emerging market nations to protect themselves against financial threats locally and globally by giving the yellow metal its fair share in the portfolio.

These are the arguments for gold that no one should ignore in 2016: Click here.