Home » Blog » Why is the Fed Ignoring Its Congressional Mandate?

Why is the Fed Ignoring Its Congressional Mandate?

The Fed’s job is to maintain the value of the currency and keep Americans employed. So why are they considering this other factor? 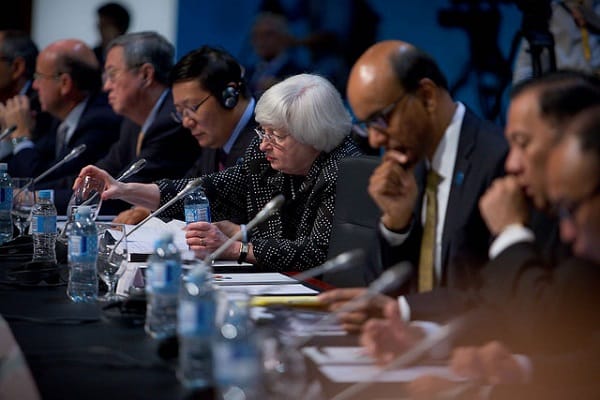 It’s very simple. The Federal Reserve Bank of the United States has a dual mandate: Work towards full employment and maintain the value of the currency. That’s it.

Their mandate most certainly does not include ensuring an ever-expanding equity market.

But in the last several years, that’s precisely what they’ve been trying to do. The question is, why?

If you go by the government’s official figures, the unemployment rate in the United States is 4.9%. Most economists consider that level full employment. In other words, the Fed has achieved their objective.

Of course, by relying on that number, you are ignoring the 90-plus million Americans who have given up looking for a job, having left the labor force permanently. The American labor participation rate is at multi-decade lows.

Yet in spite of this historically low unemployment rate, the Federal Reserve has admittedly brought market volatility into consideration when deciding whether or not to raise short term interest rates. On Wall Street, “volatility” is jargon for stocks, or oil, going down. You don’t hear about volatility when markets are heading higher.

Equity and commodity markets have been especially volatile lately. Oil has lost 70% of its value. U.S. equities approached losing 20% — the level of a bear market — at recent lows. This impacted the Fed’s decision-making process.

“It does seem over the past few meetings that unstable financial markets are playing some kind of role in the eventual policy decision.”

“In light of the developments that we have seen and the impacts on financial markets, we want to take a little bit more time.”

Inflation is also heading in the Fed’s stated direction. In spite of very low energy prices, inflation is holding at above 1%. And, once oil rebounds, inflation will likely increase. But the Fed still is considering equity markets when deciding policy.

Again, why is this?

Perhaps the Fed realizes the economy is fragile and therefore is keeping growth above zero in order to appease the party in power. After all, Janet Yellen owes her career to President Obama’s administration.

Many economists believe the Fed has fallen behind the curve in combating future rising inflation. There is a lag time to monetary policy. It takes time to work its way into the real economy.

In other words, if the Fed waits too long to raise rates, they can lose control of the inflation scenario. By taking their eye off the ball, and opening up the possibility of a surge in prices, the bank is abdicating its responsibility to maintain the future value of the U.S. Dollar.

A variety of questions abound: Is the Fed political? Why are they so concerned about market valuations and ignoring their Congressional mandate? Are they trying to impact the election?

In the long run, if the bank doesn’t maintain the value of the dollar, their true motivations won’t matter. The loss of purchasing power for ordinary Americans will be the same.

Japan and China have both recently experienced a massive devaluation in their respective currencies. Could we be next?

Don’t wait to find out. Take control over your savings now by moving a portion of your savings into gold. If (or when?) we experience more market volatility, you’ll be glad you did.

To get more free information on how to get started, click here.

13 big name retail stores are closing. Is that a sign of a recovering economy? Go here to read more.