Home » Blog » Why We Rush to Gold in Times of Crisis

Why We Rush to Gold in Times of Crisis 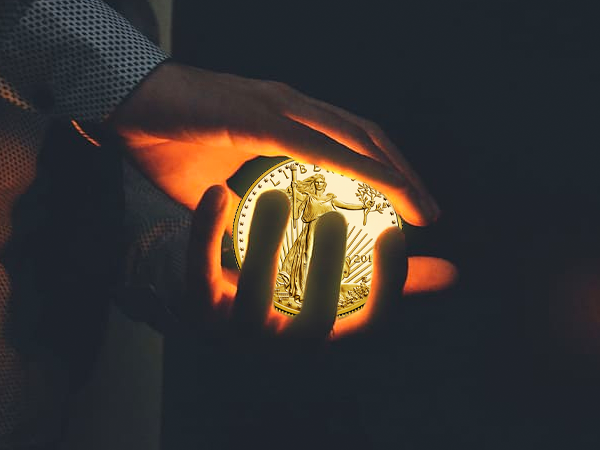 Photo by Wallpaperflare.com | CC BY | Photoshopped

This week, Your News to Know rounds up the latest top stories involving gold and the overall economy. Stories include: How gold manages to stand out during every crisis, gold might be signaling a monetary collapse, and Swiss gold exports to the U.S. jump to eight-year high.

The reason we rush to gold whenever crises hit

For the gold market, the coronavirus crisis brought about another instance of familiar price action. Barring the initial rush to liquidity, people around the world were quick to search for a safe haven to pile into and quickly found gold to be the ideal choice. This, in turn, pushed the metal’s price to seven-year highs, as it has traded above $1,700 for two consecutive weeks.

The reasons why gold is always picked as the first choice of haven during times of great uncertainty remain the same in any crisis: it holds no counterparty risk, is extremely versatile and has unquestionable value. The latter point can be especially important during stock market shakes, as Adam Vettese, a market analyst at investment platform eToro, notes that no stock is truly safe from collapsing.

Gold’s anti-inflation properties have also been cherished time and again, and are likely to come into special prominence as the Federal Reserve prints trillions of dollars. Besides making investors even less willing to purchase bonds, this will also place into further question the perceived safety of the U.S. dollar. At the very least, the Fed’s actions will erode the greenback’s strength over the coming months and years, which may cause gold prices to respond in kind.

And while the case for purchasing gold appears more clear-cut than it has in a long time, people should be mindful of where their gold exposure comes from. As opposed to physical gold, purchasing any form of derivative exposes the investor to the same myriad of risks that the company issuing the derivative is subject to.

As Seeking Alpha’s Hubert Moolman notes, the current monetary situation is virtually identical to that of 2008. In both instances, the Fed pumped massive amounts of liquidity into the economy in order to save it from collapse.

The similarities in response to the two crises have gold market watchers excited about the metal’s long-term prospects. After the crisis-driven stimulus in 2008, gold surged over the following years, from around $800 to its all-time high of $1,900. Given the metal’s precipitous gains in the brief time since the latest stimulus was announced, it’s difficult not to draw parallels.

Moolman, however, points out that a repeat of the 2008-2011 scenario in the monetary system is only the worst-case scenario when it comes to gold’s gains, and is by and large the best-case scenario for the Fed. Referring to the technical chart, Moolman explains that gold prices took roughly three years to double, showing that there was still enough faith in the global economy to propel the recovery.

Moolman believes that gold could be the most accurate indicator of whether the Fed’s stimulus is going to work or if a collapse is in store. As opposed to 2008, gold outran the monetary base increase in two other scenarios such as these over the past century, one in 1933 and the other in 1971. Both instances involved gold signaling a system reset as it climbed past the U.S. monetary base. With the economy now being in the midst of a fourth instance of a major central bank effort to save it from drowning, Moolman thinks that the strength of gold’s gains in the coming months could decide whether the Fed’s actions will have the intended results.

The price difference between spot gold and contracts continues to highlight concerns over bullion availability within the U.S. Earlier this month, the spread ranged between $60-$80 as Switzerland, a hub for gold processing and exports, closed up shop due to the pandemic.

The massive spike was driven by worries that there wouldn’t be enough gold to cover the contracts in New York, as many important refineries came close to a halt and a disruption in global travel on a previously-unseen level made exporting gold exceedingly difficult.

Although the difference in gold prices between London and New York lessened as suppliers turned to alternate ways of shipping bullion and producers began restarting their operation, the spread remained around $14 throughout last week, significantly above the norm of a few dollars.

Somewhat unsurprisingly, data revealed by the Swiss Federal Customs Administration showed that the country’s March exports of gold to the U.S. rose to 43.2 tons, the highest level in at least eight years. The heightened demand from New York, coupled with pandemic-related transportation issues, meant that shipments to the U.S. made up almost half of Switzerland’s gold exports in March, pushing aside traditional destinations such as India and the U.K.