Home » Blog » Will America’s Debt Addiction Lead to Our Downfall?

Will America’s Debt Addiction Lead to Our Downfall?

The foundation of the economy, corporations, are piling on unprecedented levels of debt. Will there be economic backlash? 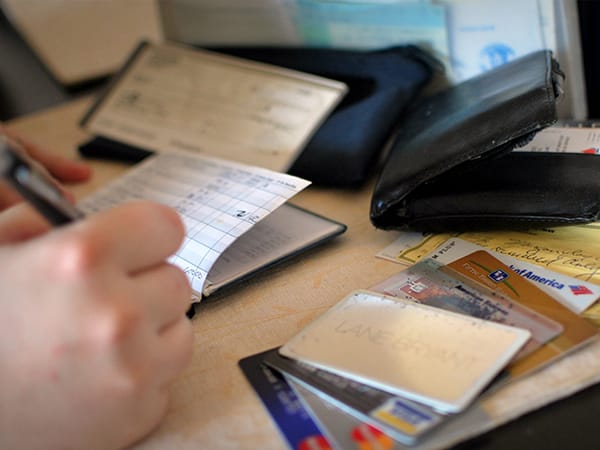 Cheap money from central banks is expected to see corporate debt explode over the next few years.

By 2020, the current $51 trillion in corporate debt is tipped to hit $75 trillion, according to S&P Global Ratings.

That’s a 50% debt increase in only four years!

S&P Global Ratings believes that such a rapid expansion in debt leaves the financial system vulnerable:

“Central banks remain in thrall to the idea that credit-fueled growth is healthy for the global economy. In fact, our research highlights that monetary policy easing has thus far contributed to increased financial risk, with the growth of corporate borrowing far outpacing that of the global economy.”

If rates were to remain low, credit quality to improve and inflation to stay low along with interest rates then sure, you may be able to get away with it.

However if inflation begins to run away and economic conditions worsen, corporate America may have a hard time servicing its debts.

If this was to happen we would likely see lenders withdraw from credit markets, you could effectively call it a “Crexit”.

The Crexit would lead to a sudden tightening of economic flow that would trigger deflationary conditions to kick in.

This deflation, the mortal enemy of central banks, would see the Federal Reserve either lower rates or launch further QE…possibly both!

But it’s not just the corporate world that’s rolling in debt.

Serious concerns are arising in other debt markets, more specifically in student loans and the national debt.

The youth are the future of any economy and more importantly society.

So what does it say about our future when the youth are shackled to nearly $1.4 trillion in student debt that they are never going to pay off?

In a thriving economy where graduating students are able to find jobs or create in demand businesses then it may not be such a problem, but today’s landscape it is anything but rosy.

You may say that these graduates knew what they were getting into and that it’s their fault alone.

However these same students were promised jobs at the end of their schooling that were subsequently destroyed when in 2008 the banking system robbed America and its future right in front of everyone and got away with it.

Instead of bailing the banks out, a tiny portion of those funds could have been used to wipe the student loan debt clean.

I’m not saying that’s what should have happened, but compared to handing it to Wall Street it would have been a better solution.

However unlike with bankers or war, there just never seems to be any money available to help the middle class.

Federal debt out of control

The national debt this week topped an overwhelming $19.4 trillion.

This figure is reaching cartoon levels, so much so that only two solutions exist.

Default on the debt destroying the economy in the process or print so much money to be able to pay it off that you kill your currency.

Should you keep gold underneath your mattress? Read more here.