Britain’s vote to leave the European Union has sent global markets into turmoil. Is this just the beginning of the economic fallout? 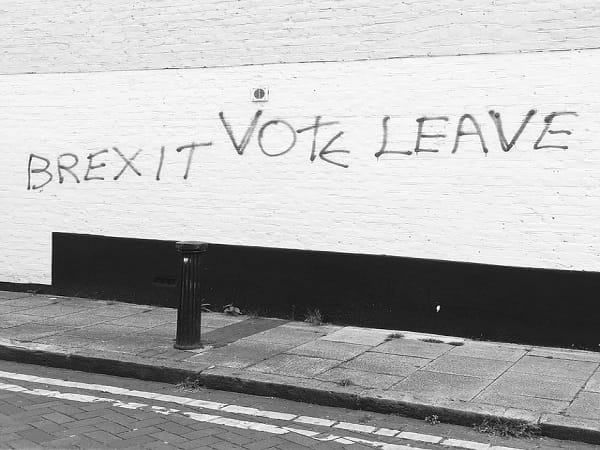 Last week, global equity markets were shook up, when $2 trillion were wiped out in a single trading day.

That’s bigger than any daily loss during the 2008 global financial crisis, or on the infamous Black Monday stock market crash of 1987.

The cause? A surprise result on Britain’s referendum to leave the European Union, with a 51.9% majority siding in favor of the Leave vote.

With the Fourth of July in just a few days, it’s fitting to note that the Brits have now declared their own independence.

News of this vote sent shockwaves through global markets. The British Pound lost 10% in just a day — the lowest it has been in 31 years — and David Cameron resigned as Prime Minister of Britain, thus fueling even more political uncertainty.

Not only is Britain’s future unclear, but now the entire EU project is now up in the air, with many other member nations looking to possibly make an exit as well.

Perhaps the people of these nations finally realize that the only thing keeping the EU dream alive are two unsustainable strategies of loose monetary policy: (1) negative interest rates and (2) trillions of dollars being injected into markets.

Should we see another version of the Brexit from nations such as Italy, France or Sweden, the market crash that happened last week may pale in comparison.

Meanwhile, while last week’s collapse of equity markets were making most of the news, gold went on an upwards run. And should things get worse, as many leading analysts are predicting, this flight to safety may just be a trial run.

Alan Greenspan, former Chair of the Federal Reserve, is one expert who is sounding alarm. In fact, he believes that fallout from the Brexit is just the tip of the iceberg.

In an interview with CNBC, Greenspan made a number of interesting comments: “(The) British problem is far more widespread”… “euro currency is the immediate problem” … “There’s a certain amount that monetary policy can do, but our problem is fundamentally fiscal” …

Famed investor Jim Rogers agrees, saying, “This is going to be worse than any bear market you’ve seen in your lifetime.” And he adds, “There are not many sound currencies left anymore… They’ve all been ruined by politicians.”

Perhaps that’s why gold and the dollar rallied on the Brexit news.

Typically the precious metal and USD experience a seesaw relationship; when one goes up the other down. But this is a rare occasion when both have strengthened together. Yet unfortunately, to Grant Williams, this is “a sign we are at a point of critical stress.”

Despite this point of “critical stress”, there is some potential silver lining. For those of us in the United States, we still have a chance to get into gold before the crisis comes knocking on our door.

Just as Brits were stockpiling gold prior to the Brexit vote — which has turned out to be a genius move — so can you do the same right now. And for all we know, this may be your last chance before the price takes off.

Why are legendary investors flocking to gold? Click here.