Home » Blog » Will Computers be the Market’s Demise?

Will Computers be the Market’s Demise? 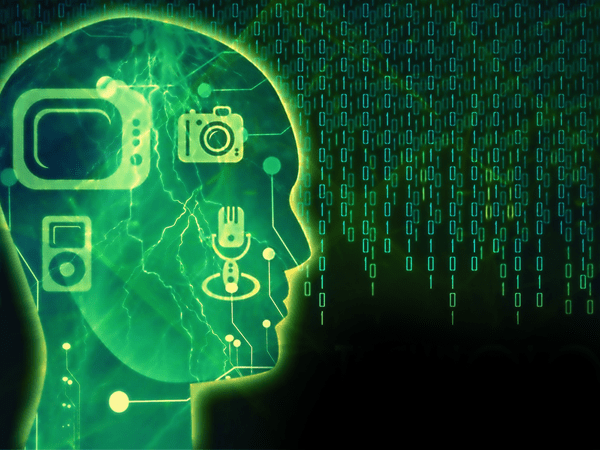 In today’s digital age, did you know that more stock trades are placed by computers than real people? High-Frequency Trading (HFT) programs dominate the market, and they could be what brings it down too. Here’s how…

Today’s stock market is a completely different animal than the stock market of our past. And the thing making it different is also making it far more volatile, dangerous, and threatening to the financial safety of a largely unsuspecting American public.

It doesn’t have anything to do with the stocks being traded, the fraudulent activity of megabanks and government regulators, or even the crookedness of insider Wall Street dealings themselves.

No, it’s the small, but crucial, detail of who (or what) is placing trades in the market.

In the old days, the majority — if not the entirety — of Wall Street stock trades were made by flesh-and-bone, human traders. Even after the advent of the internet and the rise of computing technology throughout the 90s and early 2000s, actual human beings did the lion’s share of trading in the markets. They might have plugged their trades into a computer, but humans were the ones making the decisions.

But something big changed around 2008, right after the major crash that sent our economy plummeting into the worst disaster since the Great Depression.

Suddenly, hedge funds, investment banks, and other major trading entities realized they could essentially “rig” the stock market in ways they’d never dreamed of. With software designed to execute trades in a fraction of a second, and to do so after any market indicator is satisfied, HFT – that High-Frequency Trading – was born.

HFT allows trading firms to make thousands of trades in a matter of seconds. That means if they can reap even a small profit from each trade, they have incentive to keep on churning, regardless of any risk to the greater market.

Today, HFT makes up well over three quarters of the trading activity in the market. 84% of the trades executed on Wall Street are made by HFT computers, not real people — according to data collected in 2012. That was five years ago. Today, we can only assume that the number is higher.

Why HFT Could Be the Market’s Demise

HFT is the product of an initiative introduced by the New York Stock Exchange after the financial crisis of 2008. The initiative is called the Supplemental Liquidity Provider (SLP) program.

Without getting too lost in the weeds, the program was supposed to help add liquidity to the market, which essentially means making it easy for market participants to buy and sell different assets (which was a desperate need after the last financial meltdown).

To incentivize large market makers like investment banks and hedge funds to assist in raising liquidity, the exchange agreed to pay them a fee. When market makers discovered high-speed computers were the easiest way for them to add market liquidity and collect the fee, they also realized they could place their own trades with the computers as well.

What was initially inspired by the positive goal of helping the markets is now putting them in grave danger. But why?

Well, HFT programs are designed to follow the market wherever it may go, and place profitable trades along the way. That means regardless of the market’s direction, these programs are supposed to make money.

The really scary part is this: If HFTs push the market too far down on their quest to scrape out as much profit as possible, there may not be any way to bring it back…

The explosive growth of algorithmic investing — whether high-frequency traders, next-generation exchange traded funds or artificial intelligence-powered hedge funds — has transformed the markets. Some analysts fear that another 2007-style meltdown would be more severe due to the proliferation of quant strategies.

“It’s the biggest worry I have,” says Richard Bookstaber, a former risk manager at Morgan Stanley and Moore Capital, now a research principal at the US Treasury’s Office of Financial Research. “What is going on now is not just the growth of quant hedge funds, like before the crisis. Now it’s system-wide across the investment world. In 2007 it was localised because no one else was pursuing these strategies. Now everyone is.”

Where to Shelter Your Savings From the HFT Madness

The reality is this: HFT programs rule the market, and they add gasoline to the fire of any market sell-off. When the market hits a minor speedbump, the added impact of HFTs might not be as pronounced. But when something more monumental comes along — like a sudden drop in Fed confidence or a premature rate hike (nobody knows how many more will come this year) — algorithmic HFT activity could push the market past its breaking point.

But there is one place where Americans can keep their savings safe from the dangerous, manipulative power of today’s HFT-dominated market: precious metals like gold.

With tangible “real assets” like gold, the negative impact of HFTs is virtually non-existent.

But HFTs do have an upside for gold too. If and when they blow up the market, you can expect a massive boom for gold prices. As markets fall, there’s only one way history says gold prices can move, and that’s up, up, and up.