Home » Blog » Will the Dollar Be Able to Take On These Threats?

Will the Dollar Be Able to Take On These Threats?

In the face of these threats, can the greenback survive in the long term? Or will they prove to be too great to handle? 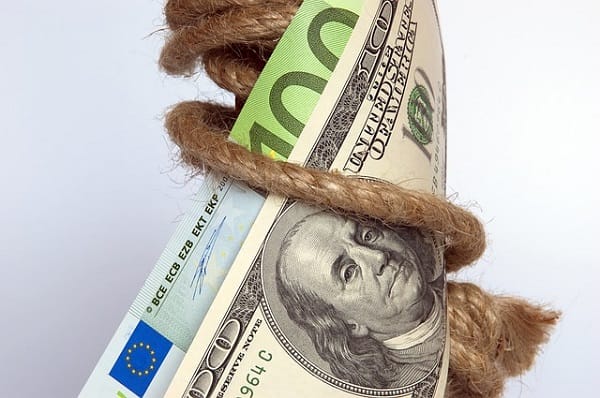 As if we don’t already have enough to worry about, the world is now attempting to come to grips with the spread of the Islamic State into Western capitals and the resulting terror that is metastasizing around the globe.

Recent attacks in Paris and Brussels have stunned the European continent with their brutality. With central banks running out of bullets in their multi-year attempt to reflate global markets, Western reserve currencies seem especially vulnerable. Enter stage right, the U.S. Dollar.

How will greater threats of terrorism affect the American currency, the world’s main store of value?

With sovereign debt at sky-high record levels, the prognosis doesn’t look good. The dollar could be relying on shaky fundamental ground.

Appearing on CNBC, Marc Faber recently shared some choice words for the greenback. The editor and publisher of the Gloom, Boom & Doom Report told CNBC’s “Fast Money” that although he believes it may be okay to own dollars in the short term, in the longer term, the dollar is dead as a vehicle to store value: “I don’t understand why the world is so enthusiastic about the U.S. Dollar… in the long-run the U.S. dollar will be a weak currency.”

Faber added that stock markets around the world are fully priced and overvalued; global economies are slowing down and he would be very cautious about equities.

We have discussed before how markets dislike uncertainty. Debt levels in the developed world, at such dangerous heights, provide enough uncertainty on their own to spook financial markets. However, the addition of terrorism into the equation blows the uncertainty off the charts.

If equities are truly overvalued at these levels, then the usual financial options for Americans to store their capital — such as stocks and bonds — look to be dangerous indeed.

With a growing number of terrorist attacks around the world, with banks trying to print their way out of economic duress, and with the U.S. dollar threatened in the long term, many Americans are asking, Where should I place my savings?

Central banks can’t print more gold, which helps to ensure that the metal will stand the test of time… just as it has for thousands of years.

Start protecting your savings today with something of value that you can truly rely on.

The Fed may also be leading Americans straight into the next recession. Here’s why.