Home » Blog » Will Hackers Always Be A Threat to Financial Institutions?

Will Hackers Always Be A Threat to Financial Institutions?

Lately, the banking industry has been vocal about how vulnerable they are to cyberattacks. Is that reassuring to anyone with a bank account? 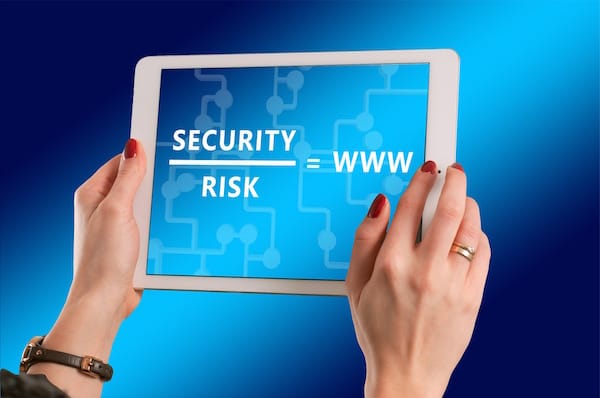 I’ve spent a lot of time in offshore finance, traveling ten days a month to offshore jurisdictions like the Channel Islands and Cayman during my Wall Street days. The work was fascinating, as buildings with hundreds of banks and billions of dollars dotted the beaches.

This was before cybercrime became such a huge problem; but now, these offshore centers are front and center in the fight for the stability of the global financial system.

The simple fact is the system is at risk.

The system is not protected as it should be. It seems criminals are now simply hacking into central banks and withdrawing millions upon millions of dollars and other currencies.

For example, this past February, cyber thieves hacked into the central bank of Bangladesh and stole $101 million via several different transactions. They entered the bank through a smaller institution where security was less stringent. This weakness exposed the soft underbelly of the global financial system.

The same procedure was used on a smaller institution in Vietnam as well. These issues were highlighted at a recent meeting of President Obama’s Commission on Enhancing National Cybersecurity

“The weakest link in the chain is where exposure happens. I’m deeply concerned about the fact that smaller banks could be broken into,” said MasterCard CEO Ajay Banga, who sits on the commission.

“At the end of the day, every institution is not equal,” noted Greg Rattray, head of global cyber partnerships at JPMorgan. He previously served as the National Security Council’s cybersecurity director during the Bush administration.

“We should attempt to desensitize and declassify as much as possible,” said Phil Venables, chief information risk officer of Goldman Sachs.

Retired four-star U.S. Army General Keith Alexander was asked about what happens after a hack. “How do you interact when you have a serious problem, like the bank in Bangladesh? It seems to me what you need is the real-time information sharing,” said Alexander, who served as NSA director for nearly a decade ending in 2014.

The financial house of cards has been built. How can it be that someone can just go online and withdraw a hundred million dollars? And where do you hide that kind of electronic money? Isn’t there a trail of electronic transfers? Are some jurisdictions still hiding this kind of money? Whatever the case may be, it’s evident that this type of massive theft seems way too easy.

I’m sure many of you are asking yourselves, How does this situation impact me? If we have a global financial system that is very vulnerable to outright financial theft, it’s only natural to question, how safe is your money in the bank?

Yes, the government guarantees deposits, but there is more to think about here.

What if we have a huge financial crisis due to theft? If thieves can steal a hundred million, why not a hundred BILLION? What would that size of an overdraft do to our economy and future prospects for the banking system in general? Dr. Evil couldn’t have laid out the threat any better.

Just thinking about this subject should give you goosebumps. And when combined with our government’s out-of-control debt and spending, the risks to our financial future are very real.

Luckily, there are ways for you to control that risk. One option is to convert some of your savings into physical precious metals, like gold and silver.

Any savings in the bank — made up of a bunch of digital one’s and zero’s — is vulnerable to a cyberattack. Wouldn’t you want to protect them? The peace of mind that gold and silver can bring is priceless. So if you want to take the first step towards attaining that peace of mind, don’t wait any longer and give us a call.