Home » Blog » Will Interest Rates Change Gold Prices? Not Likely. But These 4 Things Might

Will Interest Rates Change Gold Prices? Not Likely. But These 4 Things Might

Recently, many factors have been lining up to boost the shine of gold. Find out what they are and what it may mean for the future of the metal. 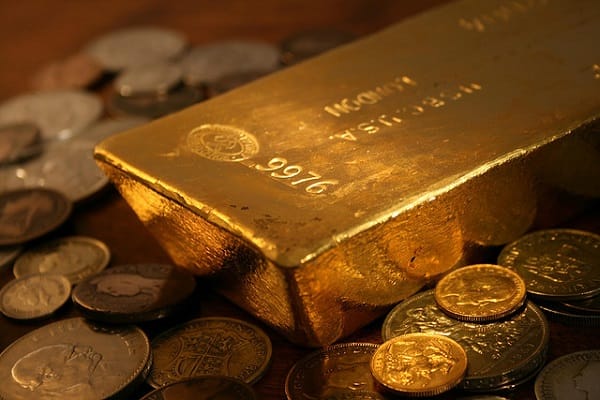 This week, Your News to Know rounds up the most important news stories from the world of finance and the gold market. Stories include: Four reasons why one expert expects gold to go up, Chinese domestic demand could drive new commodities supercycle, and gold remains the best insurance for a crisis.

Myra Saefong of MarketWatch recently sat down with a notable investor who thinks there are several good reasons why gold could jump by the end of the year. He is none other than Frank Holmes, a longtime mining fund manager, chief executive of U.S. Global Investors and an expert on the yellow metal.

One thing that separates Holmes from many other gold watchers is his indifference towards a possible interest rates raise by the Fed. He doesn’t put much thought into when (or if) it will happen, believing that it only concerns gold in the short term. Instead, he offers four other factors that could positively impact the price of gold this year.

Despite stories of China’s struggling economy, their recent Singles Day – a hyped-up event akin to Black Friday and Cyber Monday that falls on the 11th of November – saw almost double the sales from last year.

Writing on his blog, Lawrence Williams believes that this could be the start of a new “commodities supercycle”. After all, it’s no secret that the Chinese administration is trying to reboot the country’s economy by moving it from one that is manufacturing and export-driven to a consumer and services society.

But what do China’s $14.3 billion Singles Day sales, when compared to last year’s $9 billion, mean for gold? The nation’s relationship with the metal has always been strong, both as a store of wealth and a social element. This year, Shanghai Gold Exchange withdrawals surpassed those from the record year of 2013 with six weeks to go, not to mention that the Lunar New Year still looms around the corner. A consumer-driven Chinese society can only mean good things for the yellow metal, given the country’s appreciation for it.

Williams also wonders why the gold price remains unmoved despite huge Chinese gold imports and record central bank purchases. While he recognizes that “the vested interests in keeping it under control may yet have a few more tricks up their sleeves”, he doesn’t believe it can go on for much longer, especially since supply continues moving east.

Gold is still the best insurance for a crisis

Gold has experienced hardships in recent times due to a strong dollar and the possibility of an interest rates hike by the end of the year. In spite of this, the metal has lost none of its popularity among private investors, who value it as insurance more than any other asset.

In fact, bullion demand has been on an all-around rise: The latest World Gold Council report shows that bar and coin demand jumped 33% during the third quarter. China’s 70% year-on-year increase in investment lead the way, although other countries played their part as well, like the U.K. where demand for physical bars and coins jumped 67%.

As Telegraph’s John Ficenec explains, we live in times of uncertainty thanks to currency devaluation and money printing, which only serves to reinforce the yellow metal’s fundamentals. Interestingly enough, these economic factors also drive its price downwards, as they have in the past. Ficenec quotes Tudor financier Sir Thomas Gresham and “Gresham’s Law” which states that “bad money drives out good”.

Gresham elaborated: “When a government overvalues one type of money and undervalues another, the undervalued money will leave the country or disappear from circulation into hoards, while the overvalued money will flood into circulation.” But as was the case in early 15th century Egypt, artificial currency devaluation paved the way for inflation and out-of-control prices while gold was being hoarded behind the scenes. Indeed, for thousands of years, gold has been used to follow the first rule of investment: Protect your capital.

Ficenec also touches upon the metal’s future: While particularly worrisome with current rising demand, miners’ reduced profits also help establish gold’s long-term appeal. Lowered prices of the metal mean that mining companies will have no choice but to cut output, which will tighten supply for what could be a lengthy period of time.