Will the “Stealth Bear Market” Cause Gold Price to Go Up 30%?

With all the recent turmoil surrounding the stock market, one of the nation’s top money managers predicts gold price will increase by 30%. 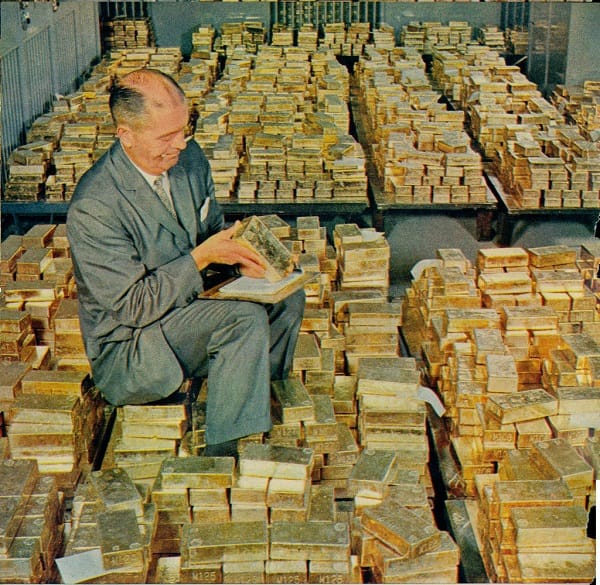 This week, Your News to Know rounds up the hottest news stories about the overall economy and the gold market. Stories include: Bond house CEO says gold prices will spike 30%, latest Shanghai Gold Exchange gold withdrawals figure so large it raises eyebrows, and how gold can protect you during a market meltdown.

Jeff Gundlach, one of the nation’s top money managers and CEO of big bond house DoubleLine Capital, is notably pessimistic on most investment options. Gundlach feels 2016 could have a lot of problems if the present day is any indicator: A downgrade in global growth, emerging market struggles and the likelihood of another devaluing of the yuan all fill him with a bleak outlook.

Add to this the fact that U.S. stocks are in a “stealth bear market” – usually followed by a full-on bear market – as well as the Fed losing all credibility and seeming out of touch with reality, and it’s not hard to see why Gundlach is down on most asset classes.

Yet CNN Money’s Heather Long reports that gold is one asset that Gundlach is still very much bullish on. He feels the yellow metal finally hit its talked-about bottom recently and is now on its way up – the rally it has had since the beginning of the year certainly supports this notion.

Gundlach further predicts that gold will soon shoot up to $1,400 an ounce, amounting to a gain of around 30% from its current price. If nothing else, the accuracy of Gundlach’s recent predictions make this a forecast worth looking out for: He was one of the first to call a sharp oil price crash in 2014, followed by a spot-on prognosis of the junk bond issues in 2015.

The latest withdrawal figures on the Shanghai Gold Exchange (SGE) has Lawrence Williams and many others scratching their heads and wondering whether it was a mistake on the SGE’s part.

The figure in question – released on Friday and adhering to a new format – amounted to a full 238.2 tons. This is double than the previous weekly record set in 2013, which was already over two times higher than the norm at the time.

Making the number stand out even further is the fact that it’s some three times higher than the highest weekly SGE figure in 2015 – a record year itself in terms of withdrawals on the Exchange.

Are the markets melting down? Gold can protect you and your capital

Reading large news outlets in recent times makes it clear that big banks are in agreement over one thing: The stock market will soon take a dive. The warnings vary in severity, from bond investor Jeff Gundlach urging us to protect our capital to Wells Fargo forecasting a 10%-20% stock plunge all the way to an RBS analyst instructing clients to “sell everything”.

While this is one instance of Seeking Alpha analyst Chad Shoop agreeing with market sentiment, his advice on how to deal with the upcoming stock market crash goes past simply purchasing blue-chip stocks or even bonds. Instead, Shoop points to gold as possibly the best asset to have when the market meltdown reaches frightening heights.

Shoop examines gold’s impressive record as a store of value and a safe-haven asset one can always rely on: During crisis times between 2007 and 2009 when the broader market tumbled by as much as 50%, gold was the clear out performer, posting a price gain of around 70%.

There are several circumstances that could act as the final nail in the market’s coffin, including entering a recession, the global asset bubble bursting or the Fed tightening too quickly. No matter the specific scenario, Shoop is certain that gold is the only asset that would allow investors to make 50% during a market meltdown that’s even worse than the notorious financial crash of 2008.