Home » Blog » Will There Ever be a Better Time to Buy Gold?

Will There Ever be a Better Time to Buy Gold?

Several recent reports suggest that now is the time to buy gold. Is opportunity knocking on our door, and if so, should we answer it? 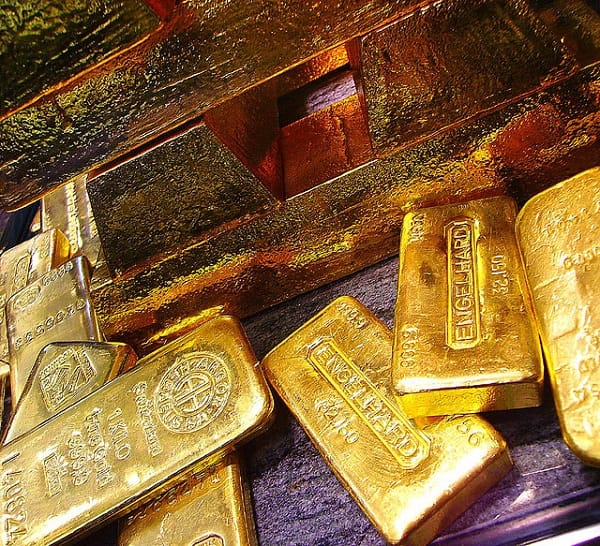 This week, Your News to Know brings you the most important news about the gold market and the economy. Stories include: Why now is a great time to buy gold, crisis in Europe triggers gold buying, and China’s gold reserves increased by 19 tons in a month.

Why now is a great time to buy gold

Like many other financial advisors, Forbes contributor Henry To believes the time to buy gold is now. By his own admission, To was bearish on gold prices in 2013 and 2014, but changed his mind at the start of this year. Having predicted that gold’s price would bottom out in 2015, he is now even more bullish on the metal, saying, “I believe today is one of the best times to own gold.” To recently published a freshened-up version of his ‘Three reasons to own gold’ article from six months ago, giving three reasons why people will want to own the yellow metal in the years to come.

Reason #1: A decline in global mining production. Most everyone who follows the gold market knows that mining production is on a decline that’s headed well into the future. A bearish outlook by the global gold mining executives already led to a 4 percent year-on-year decrease in mine supply due to their focus shifting from exploration and development to cost-cutting. With global gold exploration recently hitting a record low and marking a 60 percent decline since 2011, To predicts a 7-10 percent decrease in production over the following years.

Reason #2: Uncertainty regarding the global monetary policy. To doesn’t believe a strong greenback is here to stay. He finds the yuan’s inclusion into the International Monetary Fund’s (IMF) Special Drawing Rights basket to be a “foregone conclusion”, set to happen in the next few years. This should weaken the U.S. dollar as global currency reserve managers start buying the yuan over the next 5-10 years. He also notes that leading indicators of U.S. inflation are pointing towards higher rates in 2016, reminding us that this was the cause of the gold bull market back in the 70’s.

Reason #3: A rebound in Chinese and Indian gold demand. A decade ago, China and India accounted for one third of the global gold demand. Now, they account for half of it – a 60 percent increase over the same period. Aside from substantial temporary increases in demand by both countries over the next few quarters, To also predicts a long-term increase in Chinese demand as private investors look to protect themselves from a volatile currency.

The latest World Gold Council (WGC) quarterly trends report shows an increase in gold buying in Europe and Russia, albeit for different reasons. A Telegraph report by Szu Ping Chan notes that European citizens turned to bullion as a way of protecting themselves against the threat of a ‘Grexit’, with retail investors being among the top buyers.

Germany has been leading the way with a 24 percent increase in buying throughout Q2 of 2015 over the same period in 2014, with Austria and Switzerland not too far behind. “People are looking to protect their wealth,” said Alistair Hewitt, head of market intelligence at the WGC. “Wealth is eroded in many ways, it could be through high inflation, currency weakness, it could be that people want to hedge their risk. Gold plays a really strong role in this.”

Hewitt also stated that fears over a Greek exit from the eurozone and the European Central Bank’s (ECB) money printing policy caused the European bullion market to go from “non-existent” to “the world’s leading bar and coin market”, pulling ahead of India in the first quarter of 2015.

Meanwhile, central banks continue stockpiling gold for the 18th straight month in June, with Russia’s central bank as the top buyer. This “voracious” appetite for bullion is seen as a way to protect the nation amid a sharp decline of the ruble, triggered by plummeting oil prices and western sanctions over the annexation of Crimea. Thanks to an additional 36 tons purchased during the second quarter, Russia’s gold reserves now sit at 1,275 tons. Hewitt predicts that they will keep increasing their gold reserves and consequently “continue to be a significant player in the global gold market.”

China added 19 more tons of gold since they last reported their holdings of the metal in June, as seen in Reuters. The latest addition, worth roughly $680 million, brought their official gold holdings to nearly 54 million troy ounces by the end of July.

China’s monthly updates are seen as a bid for transparency, meant to increase the chances of having the International Monetary Fund (IMF) add the yuan to the SDR basket. Unlike most countries, China did not report their gold reserves to the IMF on a monthly basis until recently, considering their reserves to be a state secret – their last report before June was in April of 2009. “If they’re now reporting every month and the numbers are different then it certainly does a lot for the transparency of the gold market in China,” said Victor Thianpiriya, commodity strategist at Singapore’s ANZ Bank.