Home » Blog » Will Trump Pull the Plug on the Federal Reserve? 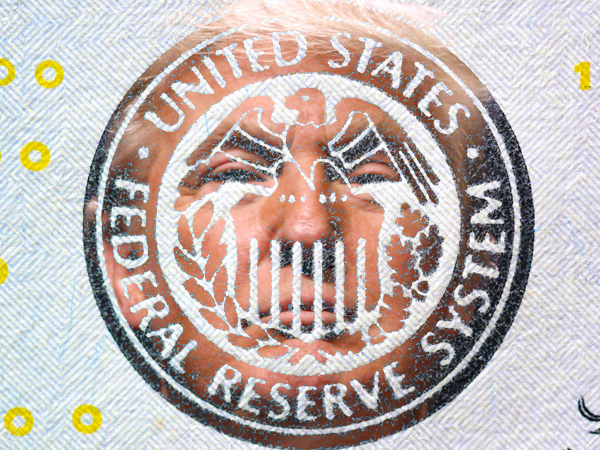 It’s a strange time at the Federal Reserve. When Trump took office last November, the Board of Governors had five members and two vacancies. But by early February, the Board could drop to just three members with four vacancies.

Although the Fed is understaffed, it could actually be part of Trump’s master plan. In fact, it may mean he has a big ace up his sleeve.

To understand why, you first need to know how the Federal Reserve works…

How the Fed Works

As explained by Forbes:

The Board of Governors itself has seven members, all appointed by the U.S. president to 14-year terms. The terms overlap, so by original design no one president should have too much influence on the board’s composition.

However, nothing requires governors to serve their full terms, and many do not. That arrangement seems to have created a perfect storm of sorts, at least for President Trump.

What’s most important is the Federal Reserve is an independent entity, meaning it doesn’t have to answer to the U.S. Government. This means it has free reign to manage and manipulate the economy as it sees fit without facing any consequences.

However, the ultimate power now lies with Trump: He appoints all the new members, which would result in the Fed’s “freedom” depending upon his discretion.

Trump’s Historic Opportunity to Shake Up the Fed

When Trump took office, there were two vacancies. Two have since resigned, and only one of the open seats has been taken (Randal Quarles). Now there are three vacancies. But that number will soon climb to four when Janet Yellen leaves in January.

Trump recently nominated Marvin Goodfriend, but it is unlikely he will be confirmed before March. So what does all of this mean? John Mauldin says (emphasis ours):

Sometime in January or by February 3, the Board of Governors might drop to only three members: Powell, Brainard and Quarles. There’s an outside chance it could drop to two, since Quarles holds a partial term that ends January 31, 2018.

How does a seven-member board operate with four vacancies?

Many thought Trump would have begun exerting his control over the Fed by now. Yet by taking so long to appoint new members, it seems like he’s in no hurry.

Could Trump be intentionally leaving seats empty to harm the Fed’s ability to manipulate the economy? Or could he be actively planning to get rid of the Federal Reserve altogether?

Trump Is Not a Fan of the Fed…

As we’ve discussed previously, it’s no secret Trump has a bone to pick with the Fed. He could even be the first president in years to strip away its independence.

His actions to date appear to back this up. Most notable is his choosing not to re-nominate Janet Yellen to another term as chair, but instead chose Jerome H. Powell.

And just this week he nominated controversial economist Marvin Goodfriend to fill one of the vacancies.

If you’ve paid close attention to Trump, you know he loves gold. He had gold-bar party favors on his campaign trail, Trump Tower is filled with gold décor, and Trump International Tower in Las Vegas even looks like one big stack of gold.

He’s also expressed a desire to return to the gold standard, as was reported in Bloomberg:

“We used to have a very, very solid country because it was based on a gold standard,” he told an audience in New Hampshire. “It would be very, very hard to do at this point and one of the problems is we do not have the gold — other places have the gold.”

It begs the question, “Is Trump delaying nominations in an attempt to weaken and eventually get rid of the Fed and ultimately bring back the gold standard?”

Trump could use his control over the Fed to do things that are good for gold — whether that means leaving the seats vacant or filling them with the people he wants.

And with the President viewing gold so favorably, the yellow metal could soon become an even more attractive asset.