The world’s financial elite are gathered at Davos to discuss the colossal issues surrounding the global economy. Will there be economic order, now? 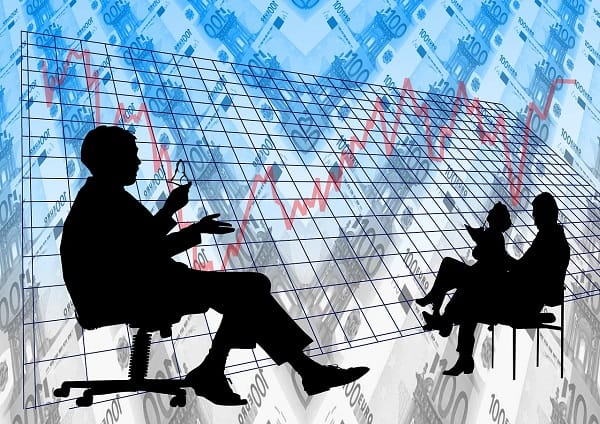 Some of the most powerful people on the planet are currently meeting in Davos, Switzerland, at the annual World Economic Forum, to discuss the fate of the global economy.

This year, the big 4 topics for discussion are (1) technology replacing workers through automation, (2) China’s slowing economy slowing, (3) emerging markets grinding to a halt and (4) the likelihood that Britain will vote later this year on whether to stay in the European Union.

But that’s not all; the world is facing a multitude of issues that seem to be surfacing all at once… and resolutions for them seem to be few and far between.

And now, many prominent figures are voicing their concerns.

Former chief economist of the Bank of International Settlements (BIS) and Chairman of the OECD’s review committee, William White, says:

“The situation is worse than it was in 2007. Our macroeconomic ammunition to fight downturns is essentially all used up.”

This is exactly what we’ve been saying in this space for months, that the central banks have no real solution to the problems we face. The only thing they know how to do is print money and lower interest rates.

So before the economy well and truly goes over the edge, we will likely see more quantitative easing and interest rates going into negative territory. But this is likely the last bullets that these central planners have left.

The world’s most famous hedge fund manager, billionaire George Soros, doesn’t look like he wants to wait for those bullets to be fired. Instead, he’s going all out and making Nostradamus-like predictions. Not only did he just short the S&P 500, but he is also on record saying that Europe is on the verge of collapse, the Chinese economy is in for a hard landing, the Fed rate hike was a mistake and that global markets are headed for another 2008-style crisis.

And there are many more who mirror this sentiment…

In a recent PricewaterhouseCoopers survey of company heads from around the world, over 1,400 CEOs said they were increasingly pessimistic when asked about the future of their respective companies and the economy as a whole.

That should sound some alarm bells for where our economy is headed.

Furthermore the Baltic Dry Index — seen as a leading indicator for global trade — has crashed to its lowest level… EVER!! Since its high in 2013, it has dropped a staggering 84%.

And don’t forget, we haven’t even mentioned yet the recent stock market plunges and oil plummeting below $30 a barrel.

So as much as the politicians will try tell you everything is okay and to keep shopping and spending, we can instinctively and intuitively see that something is not right.

Do you want to hope that we don’t experience some major recourse? Or do you want to protect your savings from whatever may come tomorrow, next week, or next month? When you’re ready to move some of your savings into gold, we will be here to help.

With all the recent market turmoil cause the price of gold to rise? Find out here.