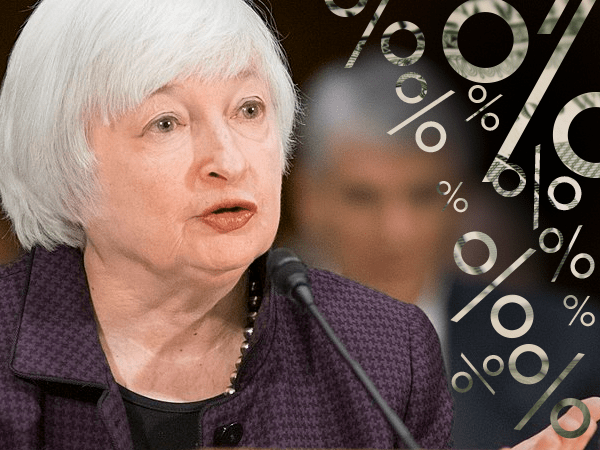 Despite continual mispredictions regarding core economic indicators, the Fed is pushing forward with plans to tighten monetary policy. Should savers blindly trust the Fed’s judgement, or begin preparing for the worst?

Here’s a summary of the Fed’s current predicament, chairwoman Janet Yellen’s latest statement, and what savers need to understand about the central bank’s next move…

Managing inflation is a key responsibility for the Fed, and all monetary policy decisions weigh heavily on the Fed’s ability to monitor and manage it effectively.

The ultimate goal is for the Fed to interpret economic conditions, set a target rate for inflation, and then create policy to maintain that target.

However, the Fed’s success in making smart policy relies entirely on officials’ ability to accurately predict inflation, so they can respond accordingly.

If officials can’t accurately predict inflation — or they choose to simply ignore inflationary behavior — then their policy decisions become nothing more than educated guesses.

Should We Assume Deception?

After the Fed finally began to unravel its rat’s nest of rescue policies with a quarter-point rate hike in 2015 (the first one since 2006), officials watched patiently for signs that the “recovery” was strong enough to continue normalizing policy.

But the economy didn’t respond as officials hoped. They knew they had to keep raising rates, but the core indicators, primarily inflation, couldn’t justify the move.

So why did we see another rate hike in 2016 plus two more this year?

The Fed was (and still is) under significant pressure to normalize rates before our current cycle of expansion comes to an end. If another crisis struck before the Fed sufficiently normalized monetary policy, officials could essentially be “out of bullets.”

In an attempt to validate their agenda, officials simply raised their inflation target to make rate hikes appear viable.

Three rate hikes later, the ruse is becoming less believable. The Fed has habitually failed to meet its 2% inflation target, but officials are determined to press on with normalization.

So how is the Fed going to justify its plan now? That brings us to Yellen’s latest statement…

The Fed plans to implement one more rate hike before 2017 wraps up, while also beginning the process to unwind its $4.5 trillion balance sheet. Both actions will have a deflationary effect on the economy, not to mention inflation is already falling short of the Fed’s target. So what’s the explanation?

Well, Yellen says lagging inflation is a “mystery,” but not enough of one to keep the Fed from moving forward with its plans.

Yellen and her colleagues insist that we should take them at their word… that conditions will rise to meet their agenda… that the risks of waiting too long to normalize policy outweigh the risks of normalizing policy too soon.

The Fed is clearly grasping at straws here. Officials can no longer point to their inflation target as a reason to continue normalizing policy; the credibility in that argument is wiped out.

Now all the Fed can do is call the inflation issue a “mystery,” and hope for the best. Meanwhile, it would be wise for savers to prepare for the worst…

Safety From a Deflationary Spiral

As the Fed continues its agenda despite our current economic conditions, average investors are the ones who stand to lose the most.

Raising rates and trimming the Fed balance sheet will exert strong deflationary pressure on the economy, and at a time when inflation is already teetering. If officials are wrong in their assumptions, a deflationary spiral could manifest itself in the next 12-24 months.

At best, a deflationary event would slow down markets and impede returns. At worst, it could trigger our next recession.

Either way, anyone with savings invested in traditional instruments like stocks, bonds, or mutual funds should be working to hedge their risk today. And one of the best way to do that is with “real assets” like precious metals that are proven to significantly appreciate in value during times of broad economic distress.

The Fed’s mission is clear, but the consequences of that mission remain to be seen.