Home » Blog » Are You One of These 27% of Americans Overexposed to Stocks? 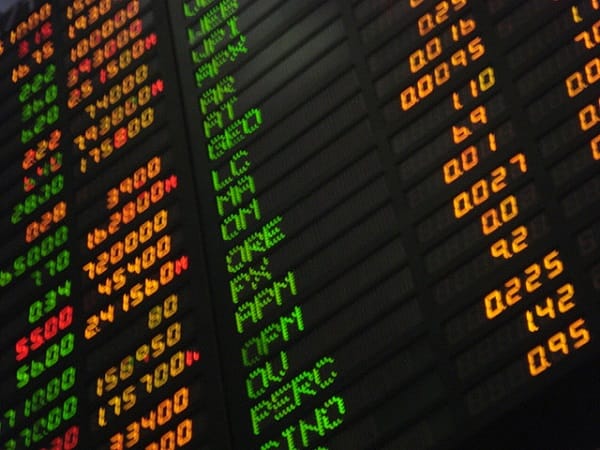 In my previous career as a financial advisor, I frequently saw people whose savings were far too overexposed to equities.

There is a saying on Wall Street, everyone is a genius in a bull market. It’s when the inevitable crash happens that reality hits home and those “geniuses” wish they had taken some good advice to rebalance their portfolios.

Today, we are seeing the same thing happen in the market. Some things never change.

By practically any measure, this bull market in equities is long in the tooth. The same thing can be said for bonds. Interest rates only go from twenty percent to zero once in a lifetime. Some Americans who are facing retirement are sixty, seventy, even eighty percent allocated to stocks. They are counting on this income. What happens if the market corrects twenty or thirty percent? There will be lots of wailing and gnashing of teeth.

Last week, Business Insider covered a recent report from mutual fund giant Fidelity, which concluded that an overwhelming number of Baby Boomers have stock allocations in their retirement savings that are far beyond what is generally recommend:

“Fidelity compared average asset allocations to an age-based target date fund and found 18% of people 50-54 had a stock allocation at least 10 percentage points or higher than recommended, and for people ages 55-59, that figure increased to 27%.”

Of course, such allocations for people so close to retirement exposes them to enormous risk – especially if there was another market downturn.

But the whole point of asset allocation is to control risk! If your retirement savings are intended to work towards your long-term goals, then from time to time, you need to rebalance. This is especially true if one asset class has gotten way out of whack with others.

In times like these, when an increasing chorus of experts are warning of another crash, the need to rebalance based on your goals is critical. Otherwise, you might lose much of what you have likely gained since 2008.

Bloomberg also reported more that Fidelity had to say on the issue. Douglas Fisher, a senior vice president at the company, added that the stock market’s recent ascent “gives this false sense of continued prosperity… [It brings about] this wealth effect that happened with our homes before 2008, when we felt like we could use the home as an ATM. It’s happened a little in the 401(k) market, where people are taking out more loans — and taking money out just because of the increase in the market.”

Given this new information from Fidelity, I ask you to take an honest moment and ask yourself: Am I feeling this “wealth effect”? Given my goals for retirement, am I overexposed to equities?

Be honest with yourself. And if any part of you is uncertain as to your current allocation, you need to consider your options.

If you are at all curious about how gold can fit into your retirement savings, give us a call.

If you haven’t had a chance yet to check out the news we share on our Blogspot page, view it here.