Home » Blog » Toilet paper?? This is how the dollar could one day be as valuable

Toilet paper?? This is how the dollar could one day be as valuable 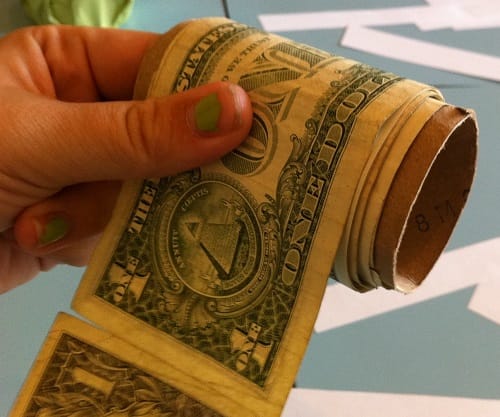 This week we went up against the arcane debt ceiling once again. However, in a stunning display of maturity (?), our representatives in Washington have bypassed the usual opportunity for political brinksmanship and passed a clean debt limit increase bill. This means they are not, as usual, attaching other unrelated political footballs to the bill so they can play chicken with each other and with our country’s borrowing ability. Strange. Just months ago, that led to the infamous government shutdown (if you can really call what they did a “shutdown”), which mostly backfired for the politicians who backed it. Apparently, they aren’t going down that road again. Might they actually be learning something in Washington?

What our politicians should learn is that the debt ceiling is pointless if it keeps getting raised every few months. The law was originally intended to put a strict limit on Washington’s profligate spending and force politicians to prioritize and live at least somewhat within the reach of the nation’s means. It was only supposed to be raised in case of emergency – you know, like war.

Conveniently enough for Washington, we always seem to be in a state of emergency. And we are perpetually at war, so that excuse is always available.

Of course our fiscal picture has always been alarming and is getting worse, but the non-partisan Congressional Budget Office has issued yet another warning that our government’s spending habits are putting our future at severe risk. According to CBO Director Douglas Elmendorf:

“The large budget deficits recorded in recent years have substantially increased federal debt, and the amount of debt relative to the size of the economy is now very high by historical standards. CBO estimates that federal debt held by the public will equal 74 percent of GDP at the end of this year and 79 percent in 2024 (the end of the current 10-year projection period). Such large and growing federal debt could have serious negative consequences, including restraining economic growth in the long term, giving policymakers less flexibility to respond to unexpected challenges, and eventually increasing the risk of a fiscal crisis (in which investors would demand high interest rates to buy the government’s debt).” [Emphasis added]

The CBO is not hell-bent on espousing conspiracies. Nor are they trying to sell you anything. They are simply looking at numbers and projections and stating as gently and matter-of-factly as they can that the country’s spending and debt load is unsustainable, that what we could be facing here is a Greece-style debt crisis. The course we are on threatens to overwhelm our ability to eventually pay our debt back, which will hurt our credit rating, which will raise interest rates, which will create inflation.

A $4 trillion balance sheet at the Federal Reserve means that we have massive amounts of inflation pent up and waiting.

No country can accelerate down the course we’re on and survive unscathed in the long run. Greece is just one example of what can happen. Argentina is another; they seem to be in perpetual currency crisis mode. But no country is immune from the laws of economics. Not even us.

If you inflate your currency to oblivion, if you can’t control your spending, if you regulate and tax your businesses out of business, you will eventually kill your economy. It’s simple mathematics.

We suppose it is possible that Washington will wake up one day and change course. It could happen. Politicians could have a “come to Jesus” moment and decide that in too many areas – in social programs or in foreign policy, for example – spending has gotten too wasteful, and that our fiscal house demands to be put in order. We suppose that could theoretically happen. We could restructure how government operates, elect all new people and get on the right course. If you’re optimistic, maybe you are betting that way, and hoping it happens before they run us into the ground.

If you’re a realist, however, you see the patterns in Washington and the incentive structure, so you’re likely betting otherwise and listening to what the CBO is saying… even if it falls on deaf ears in Congress.

The realists realize you need a solid footing in your portfolio – a real, tangible asset, like gold – to get by when the fiscal crisis hits. The dollar will be toilet paper at that point. Is that what you worked your whole life to end up with? Toilet paper? Please be smarter than that. Let’s get started today. It begins with a simple click here.