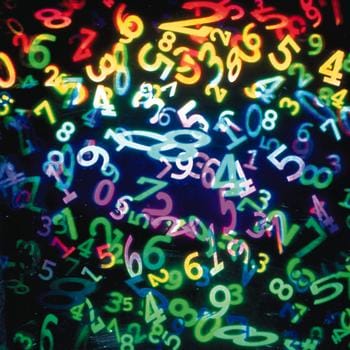 In another move that could be labeled as “grasping at straws”, the Federal Reserve reports that U.S. household wealth has reached a record high of $77.3 trillion. All of the losses of the Great Recession have been recouped – and isn’t that great news?! Judging by recent headlines, hiring is up, wealth is up, stocks are up, and home prices are up… why, you’d almost think the economy was booming!

Americans must feel pretty wealthy then, flush with all this cash and new jobs. We’re richer than we’ve ever been, we’re employed, so… brace yourselves, world, here comes the tsunami of demand!

The problem, however, is that most Americans don’t feel particularly wealthy. If we’re to assume these numbers reflected reality, we’re not spending the money that we should be. Why? Again, it’s that nasty old Grinch known as inflation. Adjusted for inflation, wealth is still off 1% from the pre-recession peak. Oh. And that’s, of course, based on official inflation from the U.S. Bureau of Labor Statistics. Reality – what we’re actually living with – is worse. Much worse.

You don’t need to be an economist to know that it isn’t the number of dollars in your pocket that makes you feel wealthy, it’s the *power* of those dollars. If the Fed pushes more and more dollars out there, the purchasing power of your dollars weakens. You could be a trillionaire and still be pretty destitute. (Case in point: Zimbabwe.) So the price inflation of homes and stocks is not a sign of greater wealth; it’s a sign of greater inflation (particularly if it comes with increased borrowing and weak consumer demand). The Fed feeds us spin that increased borrowing means more consumer confidence, but what if it just means that Americans have to take on more debt to stay afloat in this rough economy, never mind how many weak dollars they have to their name? Americans’ bills are going up. Americans’ expenses are going up. And there’s the Fed, blowing bubbles and congratulating themselves for it.

This columnist thinks we just need a pep talk, a little confidence boost. That’s cute. He argues: If only economists were better communicators, Americans could be convinced we were better off, that we really do have jobs – good jobs that we’re satisfied with, and that we really aren’t drowning in debt because of double-digit inflation and exploding prices. Because the numbers don’t lie, right? Of course not. It’s not like you can simply define out of existence millions of inconvenient unemployed people to paint a better economic picture. Except that that’s exactly what the Fed is trying to do. Amazingly, they think that all we need is the illusion of prosperity to give us confidence to spend, spend, spend when what we really need are actual (not just statistical) jobs, jobs, jobs.

The truth, if you’re not afraid to face it, is still grim. We have entered an era of perpetually high unemployment and high inflation that has characterized Japanese-style stagflation. It’s just that reality is either distorted by statistical trickery or spun in such a way that bad news is presented as good news.

Our fundamentals are alarming. David Stockman points out that the Russell 2000 stock index is trading at 75 times trailing earnings, and that although the S&P 500 is up 45% in the past two years, earnings are up only 5%. Which can only mean that current stock market levels have no basis in reality or true value. The cold, hard numbers say that stocks are a grossly overvalued bubble, so you own them at your peril.

Or to put this all in the starkest terms possible, here are 37 reasons why there has been no recovery. It doesn’t get simpler than that.

Don’t let the Fed fool you into false confidence: Brace yourself for the coming economic storms. Might we suggest a little gold for your stocking this holiday season, in light of the volatility dead ahead?