Home » Blog » Ukraine’s “Just In Case” moment is now; here’s what you need to know

Ukraine’s “Just In Case” moment is now; here’s what you need to know 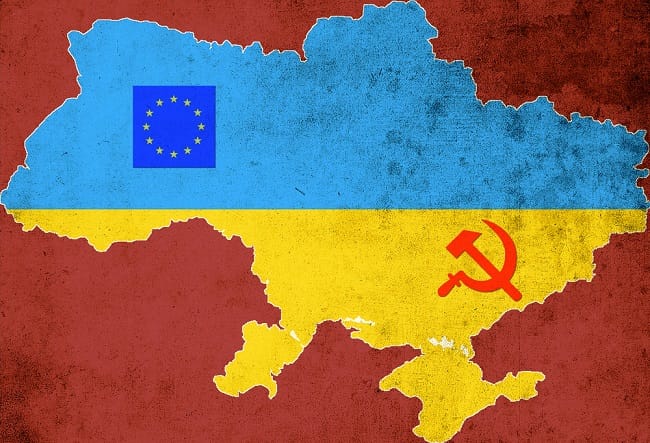 On Sunday, as Cate Blanchett gracefully accepted her Oscar for Best Actress in Hollywood, life was imitating art in Russia and Ukraine. Blanchett’s award-winning role was for Woody Allen’s Blue Jasmine, a riches to rags story of a glamorous socialite who loses everything. Meanwhile in Russia, the nation’s top eight billionaires saw $13 billion disappear into thin air on the back of tanking markets and currencies in freefall. While those billionaires are still a far cry from going homeless, the situation is still unfolding. $13 billion is a lot of money between eight men! And in a few short days – POOF! Gone.

With Russian President Vladimir Putin mobilizing forces (possibly on the request of ousted President Viktor Yanukovych) and the U.S. saber-rattling (out of sheer habit, we suppose), global markets have been rattled.

In response to the growing unrest, gold was up. Now it’s down. The up was largely due to currency collapses – Ukraine’s hryvnia dropped a heart stopping 28% and the Russian ruble fell quite a bit too. Then the down was due to some profit-taking that stalled gold’s bullish ascent. More on that profit-taking in a bit.

Some in the markets have been relieved to hear the latest proclamations from Putin, that there won’t be any violence from Russia and that there are no Russian troops in Ukraine. However, others are reporting that there are troops on the ground without insignia that seem very suspiciously Russian, even if they won’t say who they are or who they report to. Bizarre. German Chancellor Angela Merkel says Putin is not “in touch with reality” and is “living in his own world”, indicating that he has come to believe his own propaganda. (Well, that’s reassuring to hear about someone with their finger on so many triggers.)

Not for nothing, but oil is also involved. See this map of several key pipelines going through Ukraine. Whoever grasps control of Ukraine will also control some pretty strategic oil supply infrastructure as well. As we try to make sense of this situation, this aspect cannot be overlooked. In fact, when looking at global conflicts in this age of petroleum, when a politician says “human rights”, one should try replacing it with “our strategic oil interests” and see if that makes their actions make a little more sense. Give it a try. And indeed, oil is up on the news of the unrest. Any disruption in the supply routes through that region could send oil prices soaring even more, and the speculators are out in force.

But back to the recent profit-taking in the gold market. In a sense, this is what gold is for. Gold is for uncertain times like these, when everything else seems topsy-turvy, when the floor is falling out from under everything else in your portfolio, when the markets are in absolute chaos. So in uncertain times like these, it is not uncommon for gold to be surging. Gold is there when you have nowhere else to turn and need a cash infusion to get by. You sell a little gold and breathe a little sigh of relief. It doesn’t solve all of your problems, but it is something to fall back on… just in case.

Imagine being a Ukrainian right now. All of this turbulence is threatening to bring down their whole economy. How will people survive? We hope the ones who were able to buy a little gold in better times did so. They will have a much better chance of getting through this okay.

Now imagine future American missteps. What if we were we to go to war with Russia, or our brilliant leaders made some other bone-headed foreign policy? Maybe you’re betting that that could never happen. Get to know our political class a little better and we bet you’ll agree with us – it is better to be safe than sorry.

That’s why it’s so important to take possession of some gold today… for the “Just In Case” moment that could happen tomorrow.