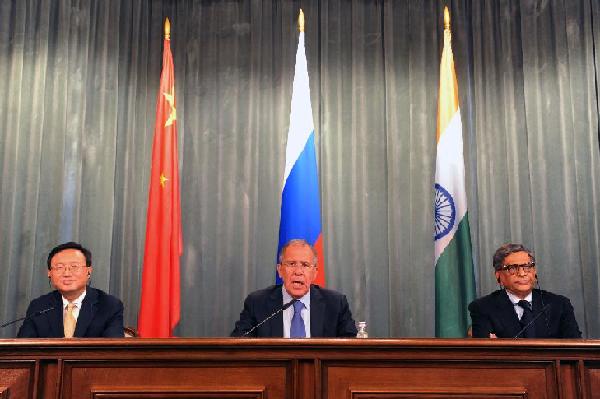 Big things are in the works right now for gold demand – and when demand heats up, prices usually follow. So fasten your seat belts: Here are the three latest reasons why gold may be headed north in short order.

1. India has relaxed its import restrictions on gold. This is huge. India is the second largest importer for gold already, nearly tied with China for number one. However, her demand has been suppressed and chomping at the bit for over a year now, when the Indian government applied strict import restrictions and export mandates to curb the nation’s current account deficit. Since then, the deficit has eased quite a bit (at least on paper), but it didn’t stop Indians from getting their gold under the table. Consider that in 2012, before these restrictions were in place, India imported 860 tons. With the new rules in place in 2013, she imported a slightly lower 825 tons legally – but an estimated 200 tons illegally! And premiums skyrocketed, as high as $160 an ounce!

India’s policy on gold mainly fostered a burgeoning black market in gold smuggling, which hides the actual account deficit picture, even though official numbers improved. Here’s how desperate some became to get gold into the country: In April, a man nearly died when he tried to thwart custom officials by swallowing 12 gold bars! It’s simply in Indians’ blood to get their hands on more gold, and now the government is easing off the policy that keeps them from it. This is not happening all at once overnight, but we would expect demand to rev up over the next several months because of this.

2. Russia just announced a major 900,000-ounce purchase of gold, worth $1.17 billion, to add to their reserves. This is a little under 30 tons and is a huge build-up for their central bank – especially in only one month. Here are some excellent charts showing the upward trajectory of Russia’s holdings over the past two decades. They have been openly divesting of dollars, especially since the Ukraine situation heated up. This major purchase may be enough to make markets react.

What is Russia planning to do with all this gold? They obviously see tremendous value in it, as this is not a casual amount of money for them. Could they be planning to back the ruble with gold? China is keeping their most recent numbers closely hidden, but Russia is being open about it. Why? Perhaps they are using their gold reserves to make a statement to the United States in light of current tensions. Consider Iran’s recent history with U.S. sanctions. This article explains how gold saved the Iranian economy when they were walled off from dollars in the global exchanges, as they simply sold oil to their neighbors for gold. To be sure, Iran’s economy was damaged by the sanctions, but trading in gold helped it stay afloat. Perhaps that is something Russia has noted as it finds itself in the U.S.’s crosshairs. When Uncle Sam tries to bully you, gold helps put you in a position to push back.

As our government bullies more nations in desperate efforts to cling to the dollar’s reserve currency status, more nations will push back. And that will likely create demand for gold.

3. Russia and China have inked a deal to get around the dollar. The agreement is mostly symbolic at this point, but the symbolism itself is important, that these two nations are finding it easier and easier to work together. Of course our policies of sanctions and saber-rattling would push them towards each other. Michael Klare, a professor of peace and world security studies at Hampshire College, explains China’s reasoning:

Dollar supremacy won’t last forever. The rest of the world is slowly lining up against it. In general, laws like FATCA make it harder for everyone to deal with the U.S. A loss in dollar demand means a loss in dollar value. For you, that means that not only does gold increase in relative value, but everything else does too.

These are three solid reasons you should buffer your portfolio with gold now, especially if all of this demand sends the price of gold out of reach. Call us today to get started. Or simply click here to get a free investment kit.