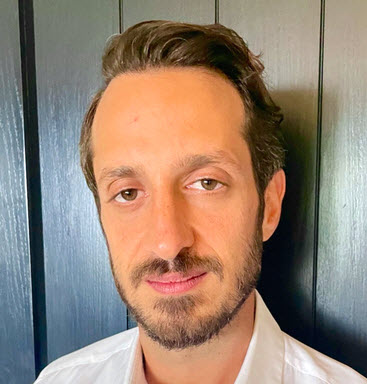 Phillip Patrick is Birch Gold Group’s primary spokesman and educator. He was born in London and earned a politics and international relations degree at the prestigious University of Redding in Berkshire, England. Growing up in London, he saw the risks of government overreach and socialist policies first-hand.

He spent years as a private wealth manager at Citigroup on Lombard Street (the Wall Street of London). He joined Birch Gold Group as a Precious Metals Specialist in 2012. He’s been with us ever since. In 2021, Phillip became an American citizen (congratulations!).

Phil spends much of his time leading Birch Gold’s team of Precious Metals Specialists, working with them to understand the current state of the global economy and how macroeconomic factors change the lives of everyday Americans. He excels at explaining exactly how abstract numbers like the Producer Price Index or Baltic Dry Index influence street-level economic reality. Precious metals are just one of his passions.

Because of his far-reaching expertise and his skill at making dry economics relatable, he’s in great demand as a guest commentator at a number of media outlets.

Philip Patrick in the media

Phil has appeared on a number of radio, TV and streaming media shows over the last few years. Most recently, he’s been featured on:

Somehow, Phillip’s able to find time in his busy schedule to accommodate regular feature segments on all these shows.

Recently, Phillip became alarmed that the combination of massive government spending combined with unprecedented quantitative easing and soaring inflation might actually be deliberate. He explained his theory of “stealth default” in a number of appearances. Some highlights:

Trying to use high inflation to burn up your debt, it can work, but it’s kind like using a flamethrower to cook a hamburger. It’s hard to control, it’s unpredictable, and you may end up burning your house down. It’s a very dangerous policy.

Right now inflation is higher than U.S. debt service payments. Right now, the after-inflation yield on a 10-year treasury is negative. That means, for every single day that passes, the government owes less on that mountain of debt. Now, let me ask you: if your mortgage had a negative interest rate, would you be in a hurry to pay it off? Of course not.

We’re already seeing 5.3% consumer price inflation. That’s the Federal Reserve’s preferred metric, the one Wolf Richter calls “the lowest of lowball” inflation measures. That’s a 30-year high. Most of us weren’t making our own financial decisions 30 years ago, we just have no comprehension of how this will affect our finances. Remember, that’s the Fed’s preferred measuring stick. Lowest of lowball because it gives the least frightening results. If you measure inflation the same way the Federal Reserve did back in 1990, like John Williams at Shadowstats does, we’d be looking at a 9% annual inflation rate.

Because the Fed is keeping interest rates artificially low, while continuing to pump money into the economy, there’s almost nothing offering a positive after-inflation yield. Not even junk bonds!

And people are absolutely desperate for some kind of safe haven for their money. So they’re piling into riskier and riskier investments. And subsequently we’ve seen a colossal asset bubble. Stocks are trading over double their historic average. Housing prices have gone up 20% in the last year. The last year! Treasury bonds are trading about 3x their historic average. So people go absolutely crazy, and spend millions of dollars on non-fungible tokens on the blockchain, pictures of rocks and images of bored gorillas.

Ben Shapiro: So if we’re worried about inflation, 9% inflation like you said, we should buy pictures of gorillas on the blockchain?

Phillip Patrick: Well, Ben, a properly diversified portfolio might include pictures of rocks as well as gorillas.

Seriously, though, that’s not an approach I’d be looking at. To paraphrase John Maynard Keynes, the market can remain crazy longer than you can remain solvent.

Phillip Patrick behind the scenes

When he isn’t educating Americans on the benefits of wealth diversification with physical precious metals, Phillip enjoys studying the history of the Federal Reserve (his favorite economist is Allan H. Meltzer), mountain biking and playing fetch with his two dogs. Within his precious metals collection, he owns “an unspecified number” of Valcambi 1 oz gold bars and lives in the Hollywood Hills overlooking Los Angeles.

Occasionally, Phillip’s able to spare some time from his other duties to write for the Birch Gold blog. Currently, his most popular post is Here’s Why Ignoring Spot Prices Might Be a Good Idea