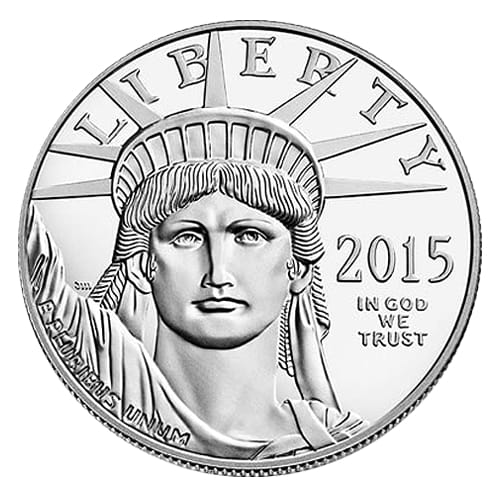 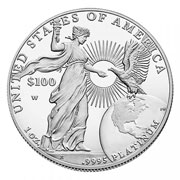 Produced by the U.S. Mint, Platinum American Eagles are the official platinum bullion coin of America, and are one of the simplest ways to add platinum to your savings.

First introduced in 1997 and designed by U.S. Mint Chief Engraver John Mercanti, the Platinum American Eagle is the only investment-grade platinum bullion coin from the United States government that has a guaranteed weight, content and .999 fineness. Per an act of Congress, the coins are deemed legal tender; each one-ounce issue has a face value of $100.

The coin’s obverse depicts a portrait of the Statue of Liberty boldly facing forward, symbolizing freedom and opportunity. The reverse design changes each year, but it is typically themed around the American eagle because of its symbolism of security and strength.

A proof version of the Platinum American Eagle is also available for purchase. This version, along with the bullion version, can be placed into a Precious Metals IRA.

To learn more about American Platinum Eagle coins and to get current pricing, please call us at (800) 355-2116.

See How to Diversify Your Savings with American Platinum Eagle
Request a Free Info Kit
By submitting this form, you agree to receive automated text messages. This agreement is not a condition of any purchases. Msg & Data rates may apply. Reply STOP at any time to unsubscribe.