Government temper tantrums and you 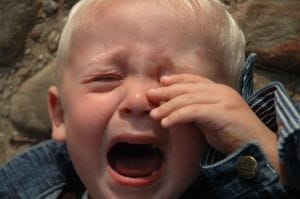 Americans are getting more and more perplexed with each passing day at the growing number of stories demonstrating that this partial government shutdown does not seem to mean less government at all, but more. One example of the increased government presence is from none other than the usually cute and cuddly National Park Service. According to one disgusted but anonymous ranger, they have been told to “make life as difficult for people as we can”, and they are doing a heckuva job. One local paper described them as using “Gestapo” tactics against a tour group of senior citizens at Yellowstone National Park, holding them on lock-down in their hotel rooms and leading several to believe they were actually under arrest.

They are barricading open air monuments and sending armed rangers to privately-run historic sites and privately-run businesses that probably haven’t seen the feds in decades. They are attempting to close the ocean. They seem to be using any sort of flimsy excuse to confiscate, barricade, rope off and mess with any property they can get their hands on. They tried to close down Mt. Vernon’s parking lots. Mt. Vernon is privately run, but there is some dispute over ownership of the parking lots, parts of which are still blocked by NPS “barrycades”.

To any rational observer, if this is about the money, this makes no sense. They are “staffing” areas that otherwise need no staffing. It takes more effort to close off an open-air memorial than to just leave it without your friendly park ranger to point you to the nearest bathrooms. But this is not about money, obviously. As Mike Flynn aptly put it, this is governing by temper tantrum.

It is irritating when this temper tantrum ruins your vacation plans. But as the financial crisis deepens, and it will, and our government gets even more desperate for money to spend, what else are they capable of? As these historic sites and businesses are learning, it can be terribly risky to be within arm’s reach of Uncle Sam when he’s angry.

If they will hold senior citizens at gunpoint, send armed guards to intimidate some cabin in the middle of nowhere or an inn on federal land that does nothing but pay the government money, who’s to say they won’t eventually do what Poland did very quietly last month while we were all fretting over Syria?

In order to reduce their public debt by just 8%, the Polish government overhauled the pension system. This move shifts piles of privately-held savings over to government balance sheets, decreasing their debt-to-GDP ratio and thus increasing their borrowing ability. They will no doubt blow through this limit as quickly as any government these days is doing.

Our own government is no doubt watching Poland closely, eyeing the great expanse of wealth held in US 401(k)’s and other retirement accounts. It is a lot of money. How many of our government’s problems and limitations go away with $3.5 trillion to $19 trillion shifted to their balance sheets? Some people think this is a ridiculous fear, but it is demonstrably a long-term goal of the government to get its hands on these assets.

If a little land easement is enough for the government to justify shuttering a private business, consider that the government, now more than ever, has its hands all over banking. Most people feel their deposits in the bank are reasonably safe, in spite of how irresponsible banking has become. And while government stepped in to keep the banks solvent in 2008 and continually with QEternity, they only “bought” them because they “broke” them in the first place. But this unprecedented involvement in banking comes at a price the consumer will ultimately pay in loss of privacy, security and purchasing power.

Holding physical gold is one of the best hedges against the temper tantrums that our government will eventually direct at the banking sector.