There are many reasons why people purchase gold. In India, demand is high for one main reason…asset protection. 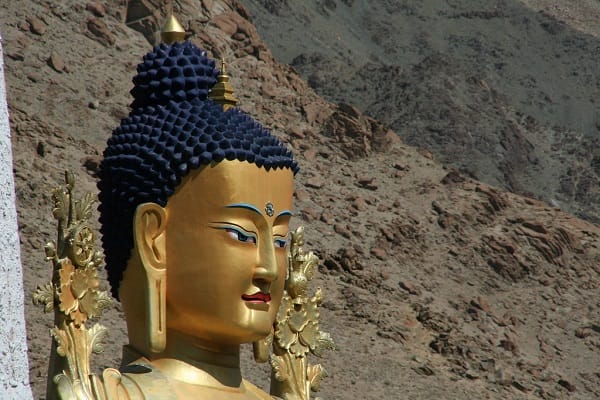 This week Your News to Know brings you the most important news and hot topics related to the economy and the gold market. Stories this week include: What really drives Indian demand for gold, Greece’s future and what it will mean for the yellow metal and a smart play on silver that might let investors outperform gold.

The real reason why India’s gold demand is so high

India has long been one of the world’s top gold consumers, frequently rivaling China for the number one spot. But what is the real culprit behind Indian gold demand? In his article on MiningMarkets.ca, Jayat Bhandari explores the mindset of the people of India and why, for them, gold is one of the few viable investment options.

The problem with investing in India isn’t just a lack of options – it’s also the near-omnipresence of negative yields. This means that it’s exceedingly difficult to merely keep your assets, let alone experience profit over time. “An Indian — educated or uneducated — instinctively knows that his wealth will erode away slowly,“ Bhandari says.

What makes matters worse is the alleged high level of corruption around every corner, coupled with crippled productivity and a poor work ethic. An example of the “barbarity“ Indian people experience by the system is the high likelihood of losing your property to the person you are renting it to, with no protection from this offered by the law. Therefore, Indians are more often concerned with keeping their wealth, rather than increasing it, and turn to an appropriately “barbarous relic“ – gold.

How does this relate to the West? Bhandari believes that Western society finds itself increasingly dealing with the same issues. A large and ever-expanding welfare system and indoctrination of Western students to potentially dislike development have, unsurprisingly, lead to stunted growth. Many Western investment options are returning negative yields, and investors are often forced to pick the option that will cause the least loss.

In a world that over-taxes and over-regulates a person’s wealth – gold could emerge as the most sensible way of storing wealth. “Eventually, once the big money and technical momentum has over-priced the most liquid assets, it will start to over-flow into gold,“ Bhandari predicts.

The future of Greece and what it will mean for gold

In his analysis titled “The future of Greece and gold“, Arkadiusz Sieroń examines possible endings for the current Greek crisis, and what implications they would have for the gold market. Currently, Greece’s leading political party, Syriza, is at a standoff with international creditors. Both sides have taken hard stances while attempting to reach an agreement beneficial to all parties.

The ‘Grexit’ – a Greek exit from the eurozone – is the worst-case scenario that everyone is looking to avoid. Should it happen, Greece will default on its debt, leave the eurozone and no longer use the euro as its currency while looking to rebuild its economy. Everyone directly involved, from Greek citizens to debt holders, would experience losses as a result. Sieroń also notes that “the Grexit would destroy the reputation of euros as a strong and stable currency, which would fall against the U.S. dollar.“

Gold stands to be one of the scarce beneficiaries in a Grexit disaster scenario. For as long as it is present, the threat of economic volatility and uncertainty will have a positive effect on the price of the yellow metal. Capital Economics estimates that the risk of a Grexit – and with it, some degree of global financial and political contagion – might bring the price of gold to $1,400 an ounce by the end of the year.

It seems that the possibility of a Grexit will continue supporting gold prices in the future, especially given that a sustainable solution for Greece’s debt and recession is unlikely to be found. Currently, analysts believe that there is a 40-50 percent chance of Greece leaving the eurozone despite efforts to avoid this.

One smart play on silver that could let investors outperform gold

While investing in silver right now can seem like a clear-cut decision, MarketWatch’s Myra P. Saefong recently examined why investors could benefit from waiting a little bit longer before making a move. One thing seems to be certain: silver is due for a bull market, but it might not happen just yet.

Several experts believe that silver is yet to truly bottom out before going on the rise, together with gold. With volatility in the immediate future, the smart investor’s safest bet – and the most profitable one – might be to “purposely procrastinate“, as Adam Koos, president of Libertas Wealth Management Group, puts it. His advice stems from “too much headwind and uncertainty concerning the U.S. dollar, not to mention a 100% chance that interest rates will rise.“

Short-term and medium-term investors might find it prudent to wait a little bit more before investing in silver, but the future of the metal on the market seems to be brighter than ever. Industrial demand – the main force driving the demand for silver – is constantly on the rise, and supply hasn’t been able to keep up for three out of the last four years. With no new mine supply ready for development, the market is bound to experience a notable deficit eventually.

So, what could be the optimal year for long-term silver investment? Koos believes it’s 2016. “The U.S. president will be a huge question mark, U.S. stocks will most likely pick up in volatility and any rate increases will have already been priced into the metals.“ 2016 is also the year when silver could hit $30 an ounce, according to Precious Metals Investing for Dummies author Paul Mladjenovic, who also believes silver will eventually reach $100 an ounce.