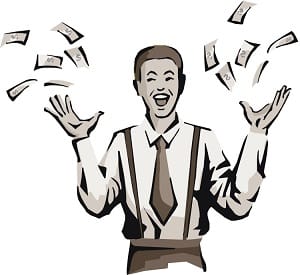 A recent Wells Fargo survey has revealed that 34% of middle-class Americans age 25 to 75 don’t dream of much of a retirement, instead expecting to work until they are at least 80. A similar survey by Bankrate.com found that one-third of Americans are not saving anything for retirement. And in yet another survey, this by the Employee Benefit Research Institute, half of American workers said they were not confident they will have saved enough for retirement.

The median savings for households within 10 years of retirement is a paltry $12,000. One-third of the middle class expect Social Security to be their “primary” income during retirement, yet Social Security insolvency looms on the horizon, with some predictions having it come as early as 2024. Past reforms to shore up Social Security have included pushing back retirement age and increasing tax contributions. Future reforms might include cuts in benefits, which are cited in the Wells Fargo survey as Americans’ greatest fear for their retirement years. Of course there are de facto cuts in benefits every year because the U.S. Bureau of Labor Statistics (BLS) is constantly cooking the books to avoid giving seniors the Cost of Living Adjustments (COLA) they should be getting. A 1.5% COLA next year is a joke, when honest CPI calculations from sources such as Shadow Government Statistics show price inflation being closer to 8-10%.

Clearly we have a perfect storm brewing in America: A massive wave of retirees, with hardly any means of their own, is soon to be unleashed on a tapped-out, dishonest government.

Of course, retirement planners are apoplectic about these numbers. Americans should have a plan for retirement besides just Social Security! They should be saving! They need to be investing! Yet the Wells Fargo report also shows that 75% of Americans don’t have confidence in the stock market and are not all that interested in learning more about it. Is it because we are apathetic or ignorant? Or are Americans perhaps just aware that saving (in dollars anyway) is pointless?

In a perplexing and counterintuitive twist of irony, saving fewer dollars can actually be considered a logical response to the economic incentives the market and the government are putting in front of us. This is because of one key investment killer: inflation.

Inflation destroys savers. Just a 3% rate of inflation can devastate your savings over a lifetime. A 3% inflation rate means that savers who earn a decent living have to live in relative poverty now in order to defer enough consumption to retire still in poverty tomorrow. Yet with “real” inflation pegged closer to between 8% and 10%, saving (in dollars) becomes utterly senseless.

Simply saving more in the face of ruinous inflation is not only futile, it is impossible for lots of people. 42% in the Wells Fargo survey say it is already impossible to pay bills and save for retirement. Imagine trying to save now for a future where $170,000 won’t even get you a decent used car!

This is the dilemma of saving in dollar denominated assets. Thankfully, you are not trapped in dollars. You have a choice. You can save in gold.

Gold and other precious metals have always been some of the best hedges against the ravages of inflation. Gold’s purchasing power has stood the test of time in remarkable ways. An oft given example is that an ounce of gold has been able to buy a finely tailored men’s suit for as long as finely tailored men’s suits have been around. Or consider that if you had invested $10,000 in gold just over 10 years ago in 2001, it would be worth nearly $50,000 today. Gold kills inflation and preserves your purchasing power. Just having a portion of your savings in precious metals can provide a solid foundation of portfolio insurance and protect against total loss like few other assets can.

As Americans look out on a bleary economic landscape, as they see how topsy-turvy the financial markets have been this last decade-plus, as they see inflation ravage whatever savings they store away in dollars, the evidence shows that they’ve reached an anxious frenzy over how they’re going to live in retirement. Could diversification into precious metals provide peace of mind? An increasing number are coming to that conclusion.