Home » Blog » Why the Fed doesn’t want you to save

Why the Fed doesn’t want you to save

Another sobering study has come out, this one from Bankrate, showing yet again that about one-third of Americans are not saving for retirement – and it is not just limited to younger workers. It’s also many older Americans who are just on the cusp of retirement age. A huge proportion of older Americans haven’t put anything away.

If older Americans aren’t saving, where’s the money going? Are they running around shopping malls squandering their fat paychecks? Nope: Even with labor force participation growing in July, retail sales were flat. 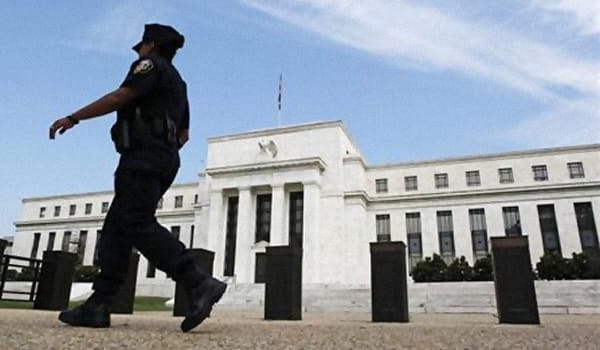 So, Americans are not saving, they’re not spending. Where are the paychecks going?

The truth is that more and more Americans are living paycheck to paycheck and simply don’t have anything left over to save or spend after bills are paid.

Maybe the cold, hard reality is that Americans should scale back their current lifestyles so they can put something away. Maybe that’s the case, but it is extremely difficult and rare for working age Americans to actually commit to doing that.

But think about this for a minute.

This should not really be a surprise in an economic environment where spending and consumption are encouraged far, far more than savings and frugality. The Federal Reserve is doing everything it possibly can to encourage spending beyond your means and going into debt to fuel a better lifestyle. Those things make their economic indicators look better. And your savings? The Fed views your savings as dead money.

Low interest rates are very symptomatic of this culture of spending and debt. Low interest rates mean that debt is cheap and more enticing. It also means a low reward for savings. Americans are simply responding to economic incentives. Incentives matter.

Many of these Americans are simple expecting to work up until the point where they fall over dead. Or that Social Security will protect them. Isn’t that sad? Is that a healthy economy?

To give an idea of what’s involved when we expect people to save for retirement: The median annual salary when today’s retirees started their working years was about $8,000. Imagine the depressing shock you would get if you assumed back then that something like $160,000 would fund a 20-year retirement? Today, the average annual income is around $50,000, meaning $1,000,000 should maintain an average lifestyle for 20 years. If inflation remains on the same continuum, today’s younger workers are saving for a retirement where $312,500 is the average yearly income. The same median retirement nest egg will need to be $6,250,000. And yet they are living paycheck to paycheck already.

If many seem hopeless about retirement, it is because they have good reason to be. Where will you find an interest-bearing savings account that will keep up with that? What stock or mutual fund, or magical combination of just the right ones, will generate that much return without crashing along the way? With the market as overvalued as it is, it is a dangerous proposition to sink too much into equities right now. Can you imagine downgrading your lifestyle, giving up cable, driving a beater car just to send it all to Wall Street, and then have all that vanish? It happens periodically; it happened literally six years ago!

Gold, on the other hand, retains its value remarkably over the long term. It has an excellent track record of thousands of years for keeping up with monetary shenanigans. Having a portion of your portfolio in precious metals makes perfect sense in light of all these economic pitfalls. Don’t let the inflationary, low interest rate climate the Federal Reserve has created paralyze you from saving for the future. Save in gold.