The U.S. government has already proven they will dip into retirement savings to fund itself. Now, a new Supreme Court ruling may have just allowed them to broaden their scope. 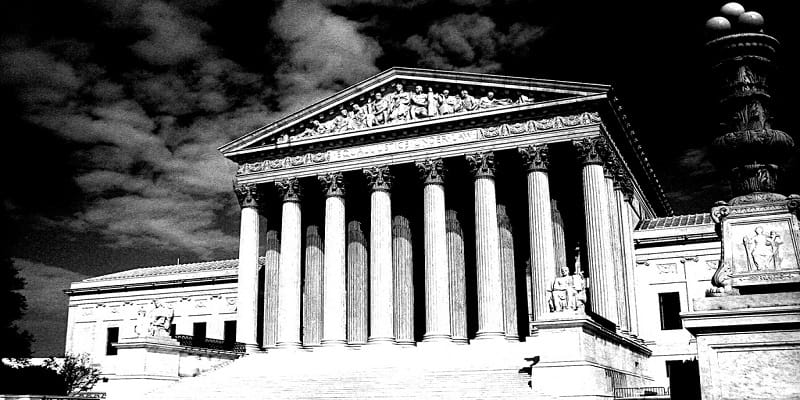 In what may soon prove to be a landmark case, last week the U.S. Supreme Court ruled that employers have a duty to protect their employees from mutual fund companies whose fund options for 401(k)’s underperform or charge unnecessarily high fees.

The case, Tibble vs Edison, has set the stage for what could be a very slippery slope – a slope on which the U.S. government could intervene whenever it believes a 401(k) is not adequately performing.

It has many asking questions: If we have another stock market crash on par with 2008 (as some are predicting for this year) would the government step in when 401(k)’s suffer any kind of substantial loss? Might the government take control of those plans – of course, all in the name of “protecting consumers” – and in turn move the funds into Treasury securities?

I know some of you are likely thinking, “That’s ludicrous, they would never do that!”

But after reading what economist Martin Armstrong wrote in reaction to the Supreme Court ruling, in an article boldly titled “Kiss Your Pension Fund Goodbye”, you may think again.

Of course, Armstrong’s theory is just that – a best guess at what may happen. So I would understand if you still had a dose of skepticism.

But there’s more: Don’t forget the simple fact that the U.S. government has already diverted retirement savings into Treasuries!

This past March, in an effort to avoid breaching the debt ceiling, the Treasury dipped into the $193 billion G Fund, which is a part of the 401(k)-style Thrift Savings Plan (TSP) available to government employees.

And there’s even more: Obama’s new MyRA program is modeled specifically after the recently-raided G Fund. Needless to say, this has many worried that it could be used to prop up the government if needed.

According to official MyRA documentation, the plan is safe because the “investment is backed by the U.S. Treasury.”

Are they referring to the same U.S. government that has debt moving towards $19 trillion? And unfunded liabilities estimated to be anywhere between $128 trillion and $211 trillion?

Just where exactly is the government ever going to find the funds to pay back its creditors?

The $19.4 trillion sitting in private retirement accounts seems to match up nicely with the $19 trillion debt, don’t you think?

Ultimately, the money has to come from somewhere. The government has already stuck its hands into retirement accounts. They already threw Americans under the bus when they bailed out the banks in 2008, all by printing trillions of dollars that you and I are on the hook for.

Are these seriously the only options the government has left?

A host of other nations have already taken funds out of retirement savings – such as Argentina, Ireland, Hungary, Poland, Greece and Cyprus. So to think it can’t happen here would be to ignore what is happening around the world.

Amazingly, comedian George Carlin predicted this ten years ago: “They want your retirement money. They want it back so they can give it to their criminal friends on Wall Street. And you know something? They’ll get it.”

Carlin added: “That’s why it’s called the American Dream, because you have to be asleep to believe it.”

But you don’t have to be asleep. You have options for your retirement savings that go well beyond an employer-sponsored 401(k) or the MyRA. One alternative is gold. If you want to learn more about how an IRA backed by physical precious metals can protect your retirement savings, give us a call. We’re ready to help.

photo credit: Slightly out of balance copy of Temple of Mars Ultor. via photopin (license)