Teens More Vulnerable to Online Scams Than You Think 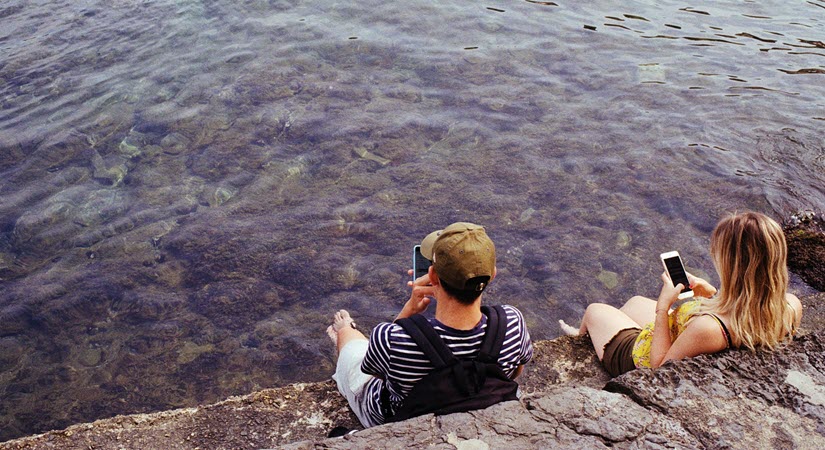 There is a common perception that the younger generation, colloquially known as “Gen Z,” consists of always-online, internet-savvy tech wizards. It’s because those aged 20 and under, especially in developed countries, have grown up with smartphones, high-speed internet access and social media as an essential element of their daily routines.

In truth, however, modern tech is designed to be particularly user-friendly and accessible to anyone. Because of this, few younger users have a very good understanding of how their tech operates. They’ve never needed to know. This leaves them just as prone to online fraud as their parents and grandparents. Possibly even more vulnerable…

The FBI’s Internet Crime Report documents 23,200 complaints from the under-21 group last year. Scammers stole $71 million from teenagers in 2020, up over 750% in just three years. Today’s teens are are not just falling for more online scams – they’re falling much harder.

David McClellan, president of Social Catfish, commented on the 156% increase in cyber fraud among the Gen Z group over the last three years. McClellan concurred that the group is having the fastest-growing number of scams, pointing out that much of it is because they are accustomed to “living online”. This includes having public profiles and discourses on the internet that gives ample information to would-be attackers.

According to a study by McClellan’s group, the scams definitely seem to be tailored for the intended audience, so to speak. Advertisements for fake job listings, as well as meticulously arranged fake websites purportedly selling bargain goods, have long been an internet mainstay. And, like in the cases of most scams, a thorough research into the company or individuals behind the listing should be performed before any information or funds are exposed.

In recent years, a good part of celebrity culture has moved online. As opposed to actors and singers, it seems as if anyone can become a celebrity these days, especially on the internet. The diversity of well-known internet figures has made it that much easier for scammers to imitate them and reach out to victims, either asking for their personal information or claiming that they are in for some sort of prize.

And while online matchmaking isn’t exactly new, it has taken the world by storm in just a few years, especially among the younger generation. As was always the case, someone might engage a person in a romantic online relationship with the purpose of obtaining their information. If the relationship persists, the scammer will often try to extract funds from their “significant other” through one of several rehearsed methods. Reluctance to engage in video calls or a refusal to meet are common red flags that the other person might not be who they claim they are, or are part of an organized scam group.

The most common scams teens fall for

According to the research, these are the types of online scams that cause the most trouble for teens.

What it is: Influential social media accounts can have millions of followers. The fraudster either hijacks an influential account or creates a look-alike account, holds a fake contest, and then contacts “winners” to ask for either a fee in exchange for a prize, or, possibly, provide bank account information so the “prize” can be deposited directly.

How to avoid: Never send credit card or bank information to anyone you don’t know, especially unsolicited contacts.

What it is: A “help wanted” advertisement on a jobs board, usually, an entry-level, work-from-home opportunity that offers free training and (usually) above-market pay. The scam can then swerve in one of two directions: either a request for payment in exchange for training or mandatory software; or a request for personal information leading up to identity theft.

How to avoid: Never pay for “training” for any job. Identification information will be required for legitimate jobs, so a thorough investigation of the company making the job offer will typically help establish whether or not the offer is legitimate.

What it is: A website that, at first glance, seems to offer in-demand items at steep discounts. Excited customers slowly realize that, even though their credit card have been billed, items will never arrive. Worse, a criminal now has your credit card and a not-insignificant amount of personal information.

How to avoid: First, remember the adage: If it looks too good to be true, it probably is. Be suspicious of any store that offers the lowest-published price on a wide variety of popular products. If the website has a large number of typos or grammatical errors, that’s a red flag. Look for opportunities to communicate: is there a telephone number? Does anyone answer it? Is the Contact Us email address linked to a free email provider like gmail?

What it is: Falling for someone you’ve never met in real life does happen. When your new partner starts asking for money, it’s almost always a scam.

How to avoid: Ask for a video meeting on FaceTime or Zoom. Or take precautions and arrange a face-to-face meeting. Fraudsters almost never agree to either of these. From their perspective, it’s easier to just find someone more credulous to scam.

Knowing what to look out for is key to defending against most scams. To help you detect and avoid financial scams, Birch Gold Group has pulled together an extensive resource guide that is now available on our website. The Birch Gold Group Scam Protection Resource Guide helps you identify warning signs and provides you with tips on how to avoid fraud.