“Virtual Kidnapping” Shows How Scammers Are Evolving with Technology 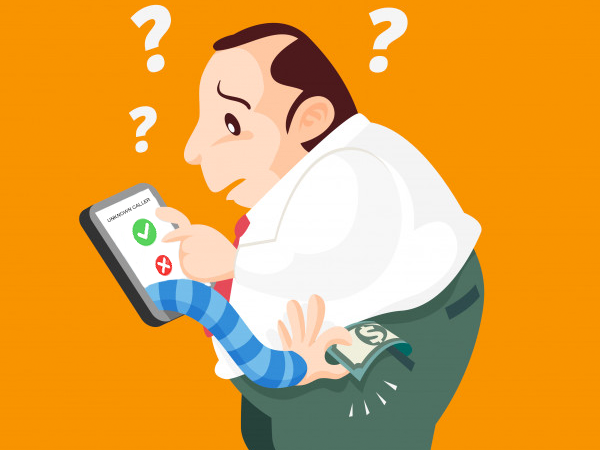 Kidnappings are among the most nightmarish scenarios a person can encounter, both for the victim and their family members. The specifics can vary, but the premise tends to be uniform: the kidnappers demand a certain sum of money in order for the victim to be released safe and sound.

Yet a recent case of “virtual kidnapping” shows that criminals are always upgrading their methods in order to catch targets off-guard. In the age of advanced technology, would-be kidnappers hardly need to get up from their seats in order to extort money from those with friends and family, reports a recent USA Today article.

Such was the case of Mark Walker, a 57-year-old private eye from Indiana who received a call from what looked like his daughter’s phone. The voice on the other end belonged not to his daughter, but an erratic man claiming to have kidnapped the 34-year-old Rachel.

As is typical with a kidnapping situation, the man demanded ransom and threatened physical harm to Walker’s daughter if the demands weren’t met. But Walker’s experience in his line of work allowed him to quickly gather his bearings and assess the situation. The $1,000 that the supposed kidnapper demanded sounded like far too small a sum to motivate one to commit such a serious crime. Furthermore, the man refused to put Walker’s daughter on the phone, setting off another red flag.

After Walker’s wife used her phone to reach their daughter through her actual phone, it became clear that the crisis was little more than a spoofed call. As it turns out, hackers infiltrated Rachel Walker’s phone and used the family members’ numbers to stage a series of virtual kidnappings, hoping to bank on the target’s confusion and emotional distress.

The bizarre incident is far from the first case of its kind. Despite being a fairly new introduction to the list of offenses, the FBI is already intimately familiar with virtual kidnappings, where scammers use phone-disguising technology to give off the impression that someone was seized.

While Walker was on the phone with the criminal, his son got a similar call stating that Walker himself was kidnapped. This exemplified a mass-calling method that nearly all virtual kidnappers use, as they dial up to dozens of numbers simultaneously to increase their chances of success.

It might seem poorly thought-out, but FBI Indianapolis Supervisory Special Agent Doug Kasper warns that these types of scammers tend to be well-organized and are usually part of a wider network.

As with any scam, the best way to combat virtual kidnappers is to remain calm and critically assess the situation. The FBI advises potential victims to always ask for proof that the person was taken, along with trying to reach the person through whichever means available. If the scammer is not using a spoofed phone number, check the caller ID to see if they are using an out-of-state area code different from the purported victim’s last known location.

For additional information on how to spot scams, check out the Birch Gold Group Scam Protection Resource Guide now available on our website. This extensive guide will help you recognize and avoid potential scams.

Walker’s case may have been resolved without harm, but it also serves as a stinging reminder that scammers evolve with time. Today’s scammers have access to cutting-edge technology and you can bet they won’t hesitate to use it in the most ruthless of ways.